Wage Intergalactic Warfare in Planets Under Attack, Out Today on PSN 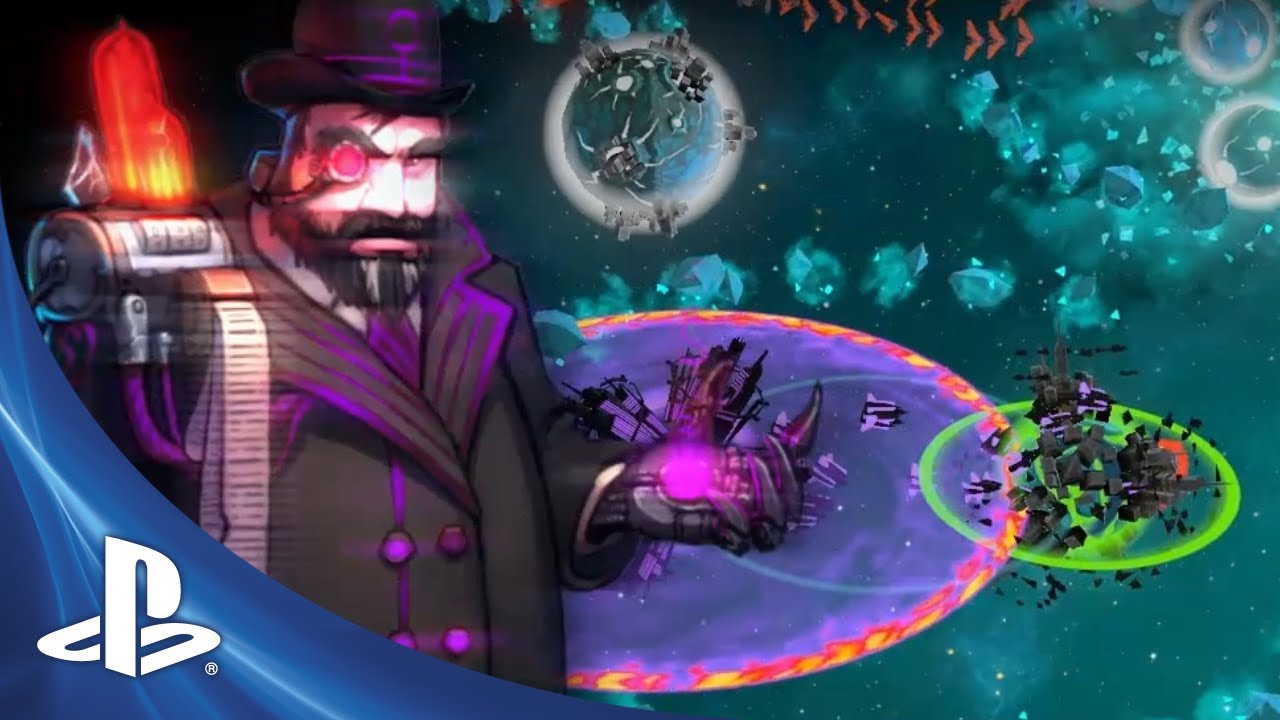 People often want to know where the ideas for a game come from. Let me tell you how Planets Under Attack, the latest from Targem Games, was invented and what it turned out to be.

It all started with this hand-drawn picture of an enormous gun, covering half of the planet.

Some sketches that followed were incredibly helpful when it came down to choosing the setting, since they had been done in this nice cartoonish style.

We decided to create a world that would be like a cross-section of sci-fi, with humans, robots, aliens and all that. Then we crafted an entertaining story that played up the usual sci-fi clichés. But more than anything, we wanted the game to be fun.

The end result is a game called Planets Under Attack – a concise and dynamic strategy game. It’s easy to play, but hard to master. The game’s trailer distinctly defines all these features.

Let’s talk a little bit about the races presented in the game. First, we have Humans – their goal is to profit at all costs. Playing for this race means managing the huge cash flow.

Next up, we have Robots – they protect the environment and safeguard the legacy of their creators.

Finally there’s the Swarm – they are mindless space explorers that infect entire planetary systems and breed at a very alarming speed.

We are quite content with what the game turned out be at the end of the day. The light-hearted façade conceals a rather deep game, with a long campaign, various bosses, wonderful characters, and lots and lots of technologies and additional levels to unlock. The game supports multiplayer modes, with up to four players on one console.

To top it all off, there are all sorts of nice things, such as global statistics and full support of stereoscopic 3D, with layered interface and objects passing the camera — it’s a real knockout! We highly recommend playing the game like this. There are leaderboards, where you can compete for the first place in different modes, and even bring your country to the top of the lists.

We may have raised the bar too high in the hard mode. We are told that completing the entire game on hard mode is not a trivial task by any means. Let’s see how you handle it!