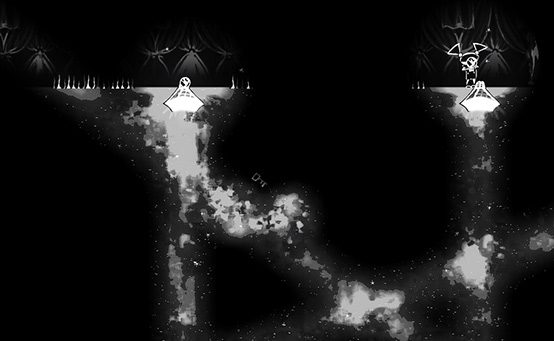 Hey yo hey yo! You may remember me as the designer of Closure, a game I created with artist Jon Schubbe and musician Chris Rhyne that made its debut on PSN earlier this year. Since release, our eerie puzzler has received quite a bit of praise from both fans and press. People love the game, and we want to make sure that everyone has a chance to play this game we spent so long working on. So, as a thank you to all who have played it (and haven’t!), and in the spirit of the season, we’re launching a special Halloween sale this week! Halloween is a perfect holiday to spend checking out Closure, an eerie puzzle platformer that takes place mostly in darkness, where anything not illuminated simply ceases to exist.

The response to Closure has been nothing short of fantastic. Our Metacritic reviews have been universally positive, but as a game designer I’m even more proud to see the video reactions and “let’s plays” of our game. Whether it was Giant Bomb’s quick look of the game, Total Biscuit’s “WTF is?” video, or even the first video walkthrough of the game posted on YouTube, it’s quite awesome being able to see people’s genuine reactions to the game and I did my best to watch every single one.

So thanks for that. You players are the ones who make making games worth it. Closure will be on sale starting tomorrow for $4.99 (a 66% discount!). Happy Halloween and enjoy the game!