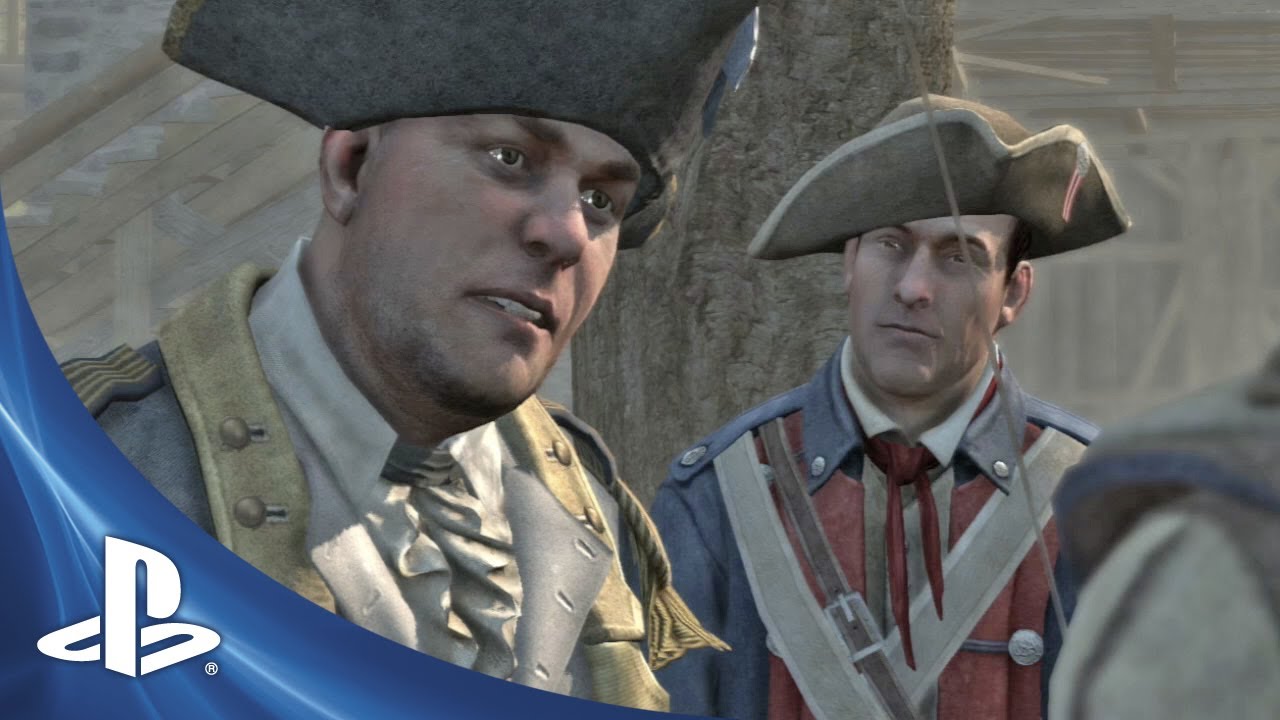 Benedict Arnold’s secret plot to betray West Point and sabotage the American Revolution earned him the ultimate mark of infamy: a name that will forevermore be synonymous with deceit and treachery. And on October 30th, the most reviled turncoat in American history will be virtually resurrected in Assassin’s Creed III to pay his dues once more — but only on PlayStation 3.

The PS3-exclusive four-mission arc begins with a special request from General Washington in exposing a rumored plot to overthrow West Point, a critical link in the defense of the Colonies against Great Britain. Across four missions, Connor will flush out Loyalist spies and work undercover for Benedict Arnold, culminating in a full-blown assault on West Point that Connor must halt at all costs.

We reached out to Assassin Creed III scriptwriter Matt Turner to learn more about what’s in store for PS3 players on October 30th.

PlayStation.Blog: What prompted you to choose Benedict Arnold as the focal point of these PS3-exclusive missions?
Matt Turner, Scriptwriter, Assassin’s Creed III: Benedict Arnold is a name that transcended the Revolution and became a synonym for the word ‘traitor’. Given some of the themes in the main story thread, it flowed really well with some of the later beats… but I won’t be specific as they are spoilers! It was also a great opportunity for us to tell a story that people know but don’t really know, you know?

PSB: How accurate are the details regarding Benedict Arnold’s activities? Does it build on what we know about Arnold’s treason, or does it fall more in line with alternate history fiction a la The Tyranny of King Washington?

“Who was there, what they did, and what happened to them is as precise as the history books would allow.”

MT: It’s definitely not like King Washington. We have some scenes that have the actual words spoken by key players in the events at West Point, according to the records from the court proceedings following what happened. On the other side of things, we needed to inject it with some gameplay so there are some liberties in terms of the action. But who was there, what they did, and what happened to them is as precise as the history books would allow.

Our interpretation of Arnold actually weaves into the overall fiction and to divulge that would be to spoil a portion of the story. That being said, we don’t like having “bad guys” in Assassin’s Creed and this is no different in terms to Arnold and these missions. He has his reasons, and from a certain perspective they make complete sense. PSB: What kinds of activities and missions will players embark on during the Benedict Arnold missions?
MT: The player will be fighting a variety of characters from both sides of the conflict. Activities range from the mundane to the epic… but I don’t want to give too much away, as it’s part of the experience!

PSB: What’s your favorite detail about the Benedict Arnold mission arc in the game?
MT: I actually think the exchange between some Patriots and one of the traitors that we were able to reproduce word-for-word is my favorite part.

PSB: On a final note, what might have happened if General Washington hadn’t learned of Benedict Arnold’s treason and put an end to it?

“If West Point had been captured by the British… the Patriots would have lost the war.”

A simple fact is that the Hudson River was the single most strategic body of water during the American Revolution. It essentially split the colonies in two, so whoever controlled the river controlled the supply lines. And West Point was by far the most heavily fortified area during the war for this very reason. Where the fort was built, the river narrowed and made a small ‘S’, allowing enough room for only one tall ship to pass through at a time. The Patriots built a massive chain on rafts floating across the water stopping any ship from making its way up because they were so outmatched in terms of the navy. It was the only way they could hope to hold it – and it worked.

A large portion of Revolutionary historians contend that if West Point had been captured by the British, and the chain destroyed, the Patriots would have lost the war.