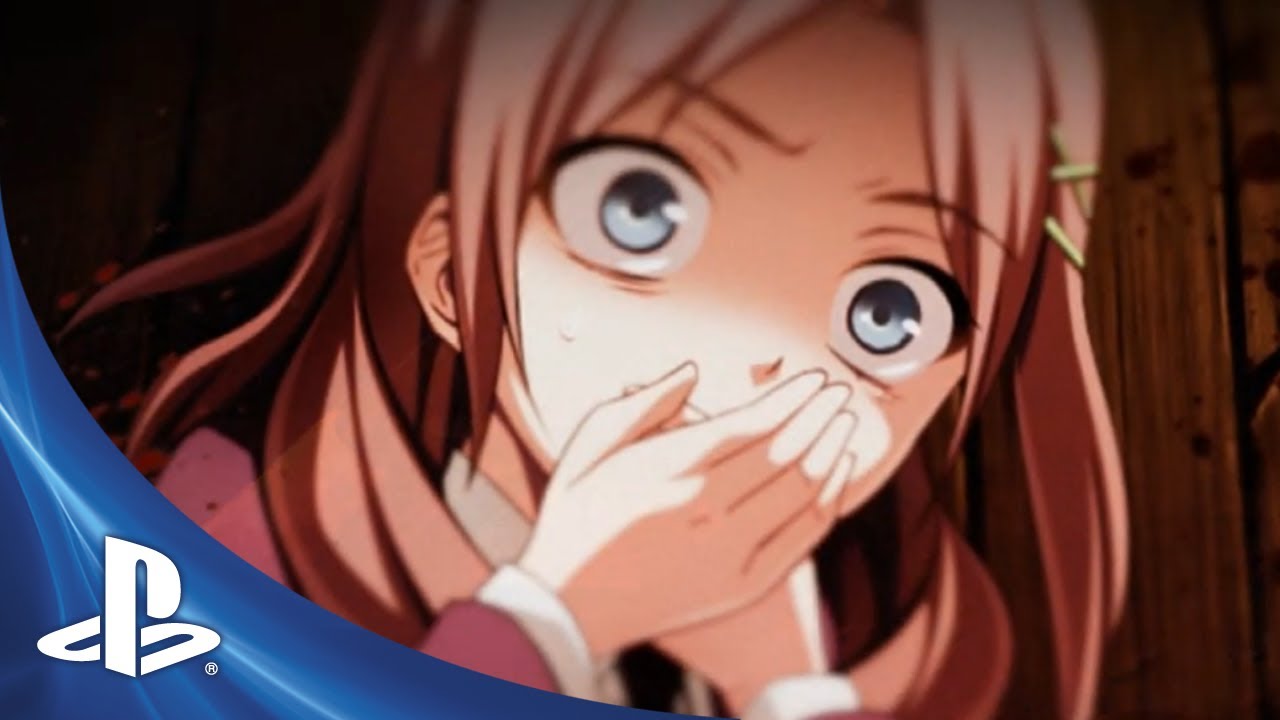 Corpse Party on PSP. What more can you say about it? In my previous PlayStation.Blog entries, I’ve likened it to horror classics such as Clock Tower and Fatal Frame. I’ve talked about how it’s one of the creepiest, most effective horror games I’ve ever played, and how its unique visuals, its 3D binaural audio and its storytelling methods help give it an uncomfortable, unforgettable atmosphere. And you, fair players… you agreed with me. You played it late at night with headphones on, just as I suggested, and it kept you awake. It haunted your nightmares and made you jump every time your house creaked or your neighbor’s kids smacked the wall… until you realized, wait a minute, I don’t have any neighbors!

And then you were never heard from again…Presumably because you were too busy getting every wrong end in the game, of course. It’s hard to resist the charm of those horrible, horrible deaths, after all! Call it morbid curiosity if you will, but we all know you, like Morishige, get a certain sadistic thrill out of seeing (or, more often, hearing) these characters you’ve come to know and love get killed, slowly, in the most creatively twisted ways imaginable.

But then, some of you reading this might not have the slightest idea what I’m talking about, because you’ve committed the ultimate sin of never having played Corpse Party. Well, fear not! You can make up for it on the cheap, since Corpse Party will be available on the North American PlayStation Store for $9.99 – half off its regular price! – from tomorrow’s Store update until two updates later on November 6th.

But wait, there’s more! Not only is Corpse Party cheaper than ever, its sequel Corpse Party: Book of Shadows has officially been announced for digital release on PSP in North America this winter (with a European release planned for sometime shortly thereafter). So you’d best get familiar with the denizens of Heavenly Host Elementary School now, as they’re going to be coming back full-force in a just a few short months!

…Ah, Corpse Party: Book of Shadows. I’ve been translating that game for the last couple months, and I have to say, it is one hell of a sequel. It’s divided into eight chapters, each of which tells its own self-contained short story. Some of them help fill in the blanks of what happened during crucial off-camera scenes from the original game. Others go into the back-story of various characters, helping to flesh them out and make their roles in the series mythos a bit clearer. Still others ask “what if?,” presenting an alternate version of events from the first game in which characters who previously died are kept alive and given a fleeting chance to stay that way. And the game’s wonderfully-titled final chapter, “Blood Drive,” serves as a true sequel, focusing on two of the first game’s survivors as they venture somewhere even deadlier than Heavenly Host Elementary School in order to dig up some answers. The whole game is presented in a first-person point-and-click adventure game style, and is much heavier on dialogue- and narrative-driven cutscenes than its predecessor (even venturing into visual novel territory at times). The spooky atmosphere is as thick as ever, though, and the gameplay is aided by fast-forward and message log features, as well as the ability to open the menu and save at absolutely any time (even during cutscenes).

Fans of the first game are virtually guaranteed to love Corpse Party: Book of Shadows, and fans of survival horror and horror fiction in general (especially Japanese horror) who haven’t already given this series a try are strongly encouraged to do so, since it really is among the best at what it does.

Specific information on pricing and release timing will be available in the coming months… and in the meantime, that first Corpse Party is calling your name, quietly and mournfully, in the voice of a child. A dead child. And how can you possibly ignore the voice of a dead child?
How, indeed…