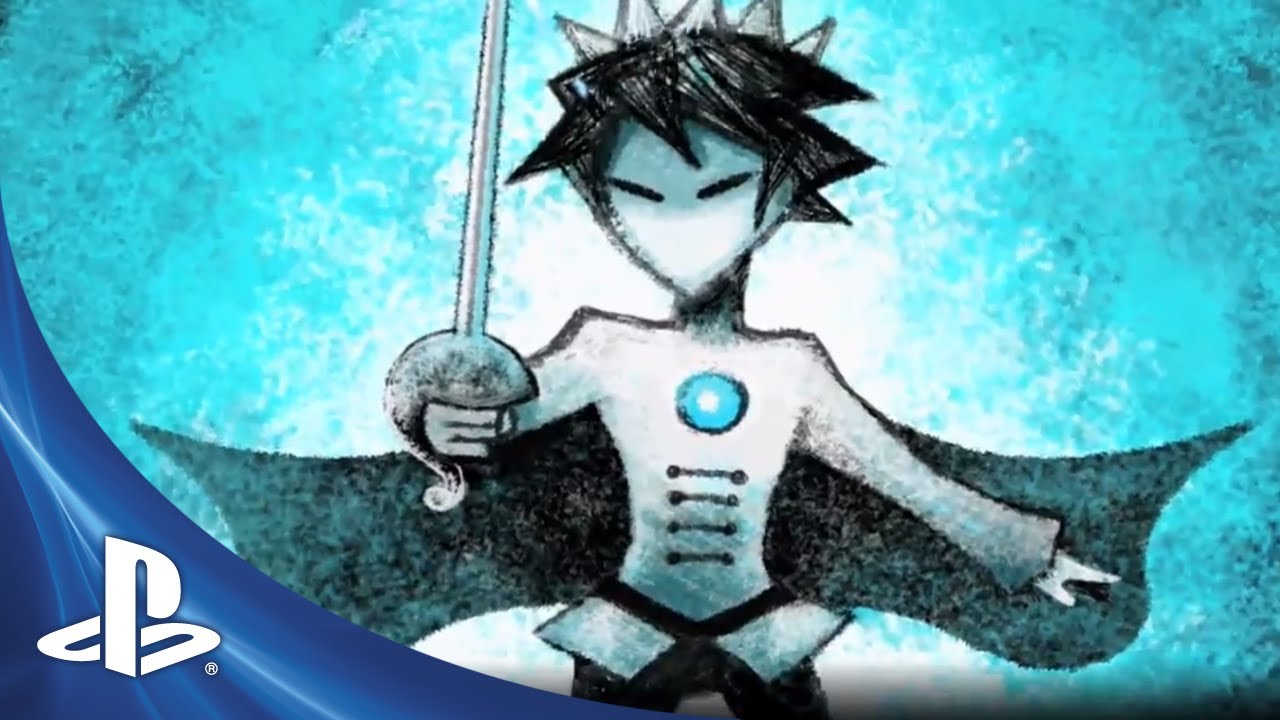 Update: At this time, Dokuro has only been released on the US PlayStation Store.

In my last PlayStation.Blog post, I talked a bit about the origins of my favorite numbskull, Dokuro, and the story surrounding his heroic exploits. My ever-diminishing pool of skeleton-themed puns notwithstanding, I’d like to go a bit deeper into the gameplay elements of Dokuro as well as the concepts that spurred development choices.

Although Dokuro was inspired by children’s books — The Velveteen Rabbit and a Japanese children’s book called Kuma to Yamaneko — don’t let the adorable chalk-laden game fool you into thinking the Dark Lord’s castle is child’s play. At first, Dokuro may look like a pretty straightforward 2D side-scrolling puzzler: You’ve got a clear goal of escorting the princess from point A to point B, and a seemingly narrow list of what you can and cannot do to accomplish it. You push a few boxes around, toggle a switch or two, and bash a few bozos who try to hurt your precious princess. The game wouldn’t be a fraction as interesting as it is, however, if it simply stopped there.

As you progress through the treacherous castle, you are gradually introduced to new concepts and abilities, such as using the spicy-red chalk to transfer fires and toggling the amazing anti-gravity device to solve vexing gravity-defying riddles. Just as soon as these new concepts are introduced, they snuggle right into your existing bag of tricks. Now you’ve got to avoid heavily armed knights, transform into a hero to slash away at your foes, push an explosive barrel up against a fragile wall and red chalk that barrel’s fuse before the bouncing flame monsters get you!

By the end of the game, you’ve learned how to interact with a whole slew of environments and objects including seesaws, windmills, pendulums, and water.

Every new skill you learn becomes a necessary part of your repertoire as you encounter increasingly complex puzzles, but the game won’t just test your brains. While many of its stages can be solved with mental dexterity alone, there are quite a few stages that will rely on your platforming expertise. For many stages, you will have to carefully time Dokuro’s jumps, shoves, chalks and heroic transformations to survive some of the more precarious pitfalls. The game’s creator, Noriaki Kazama, described these extremely challenging stages as ones that “come at the users with intent to kill.” However, if you ever get fed up with these challenges, you are permitted to skip as many as ten stages and return to finish those death-inducing stages after you’ve had some time to calm down.

The developer Game Arts suggests that if you get stuck on an area, the best thing to do is take a step back and look at the whole picture. What can Dokuro do? What concepts have been recently introduced? And why do I keep jumping into those stupid spikes!? Even the seemingly daunting boss battles can be conquered quite smoothly once you observe their movements and take advantage of your surroundings. In stages like that, it’s important to remember the Ambrose Redmoon quote that inspired Dokuro in the first place: “Courage is not the absence of fear, but rather the judgment that something else is more important than fear.”

Dokuro’s motivations may not be clear at first, but once the princess gives him her magical bell to help him protect what’s most important to him, he literally glows with purpose! Seeing this plucky little pile of bones struggle to reach his goals makes the punishing puzzles and brief event scenes all the more rewarding.

Dokuro consists of 15 stages, each with about 10 areas. At the end of each area, you are greeted by a lovely little flower and a small box that says how long you took to clear the area this time around. In my normal puzzling experience, I’d be taken to some kind of stage select or results screen, but the developers were concerned this would pull players away from the immersive experience, so they cut this part out and made it feel like one continuous journey since the levels seamlessly bleed into one another up until you encounter a story event or boss battle.

Dokuro is out today on PS Vita via PSN for $19.99. We also plan to give away some fantastic artwork from one of the original Dokuro artists. For more details, feel free to check out our Facebook page.