Introducing ibb and obb: Turning PSN Upside Down Next Spring 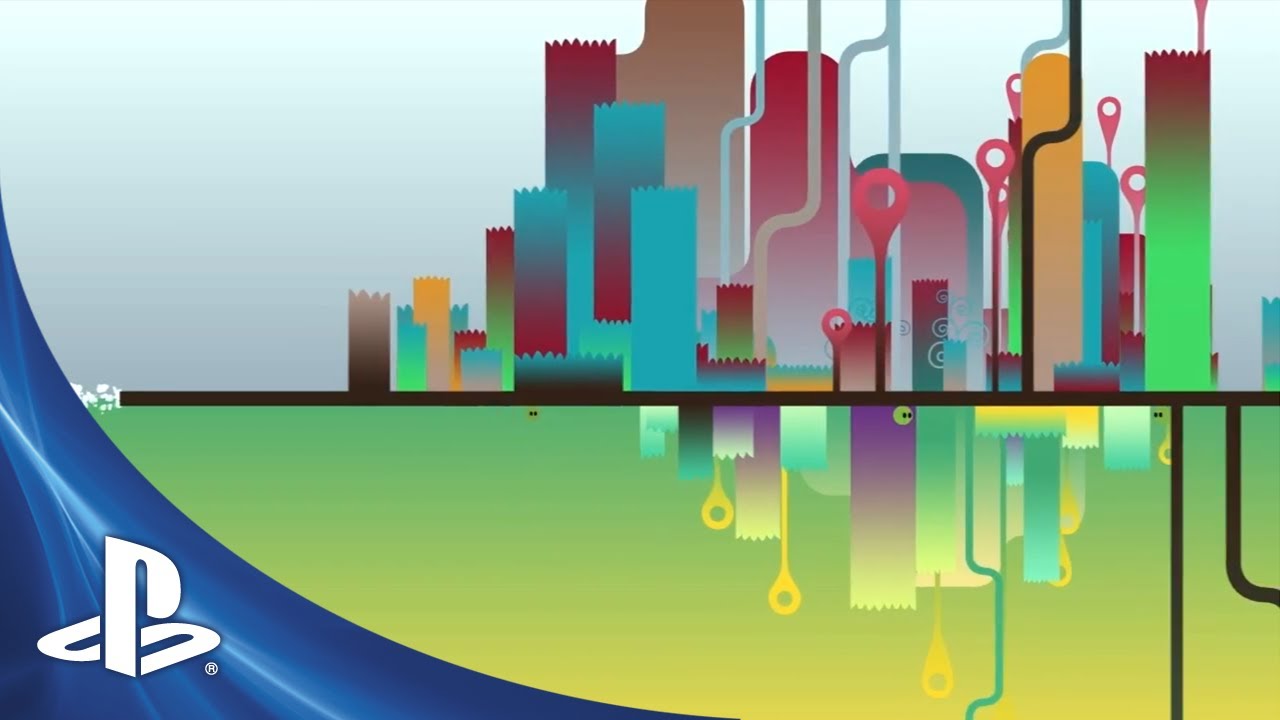 ibb and obb is a cooperative puzzle-platformer with a gravity twist that will launch on PSN next spring. In the earliest stages of development, the game was called Brothers. Looking back at that now, it means a lot more than I thought it did. My fondest memories of games are those that I played together with my brother or close friends. It has always surprised me how few games are really designed around two-player interaction.

With ibb and obb we’ve tried to do just that. The gameplay revolves around a world with two directions of gravity, but even more so it’s about the interaction between the players. All elements in the game are designed for two, ranging from the way you solve puzzles to handling enemies. For example, when one player takes out an enemy the other tries to be ready on the other side of the split to fetch the reward.

In the game you explore five worlds consisting of three levels each. Visually, the mood starts out very colorful and adventurous, slowly changing into a somewhat darker atmosphere. The same transition can be found in the music, all of which is composed by Kettel. I’ve been a fan of his music for a long time and was super happy when he said he’d gladly join the project. His music has a pleasant melancholic feel to it that really fits the visual mood of the game.

Throughout the game new mechanics are introduced that add to the previous ones. Some change the way you can move around, like the gravity bubbles, while others change what you can see depending on the distance between the players. In the end, puzzles become quite complex, but by then you should have become well practised in double gravity acrobatics.

This is our first production and it’s very exciting to see it getting closer and closer to release. Currently we’re polishing the game and setting up the online multiplayer mode. I look forward to hearing your opinions and keeping you up-to-date on the development. If you have any questions, feel free to ask!

For more frequent updates about the state of the game, you can find ibb and obb on Facebook and Twitter.