The Monsters of God of War: Ascension — Megaera 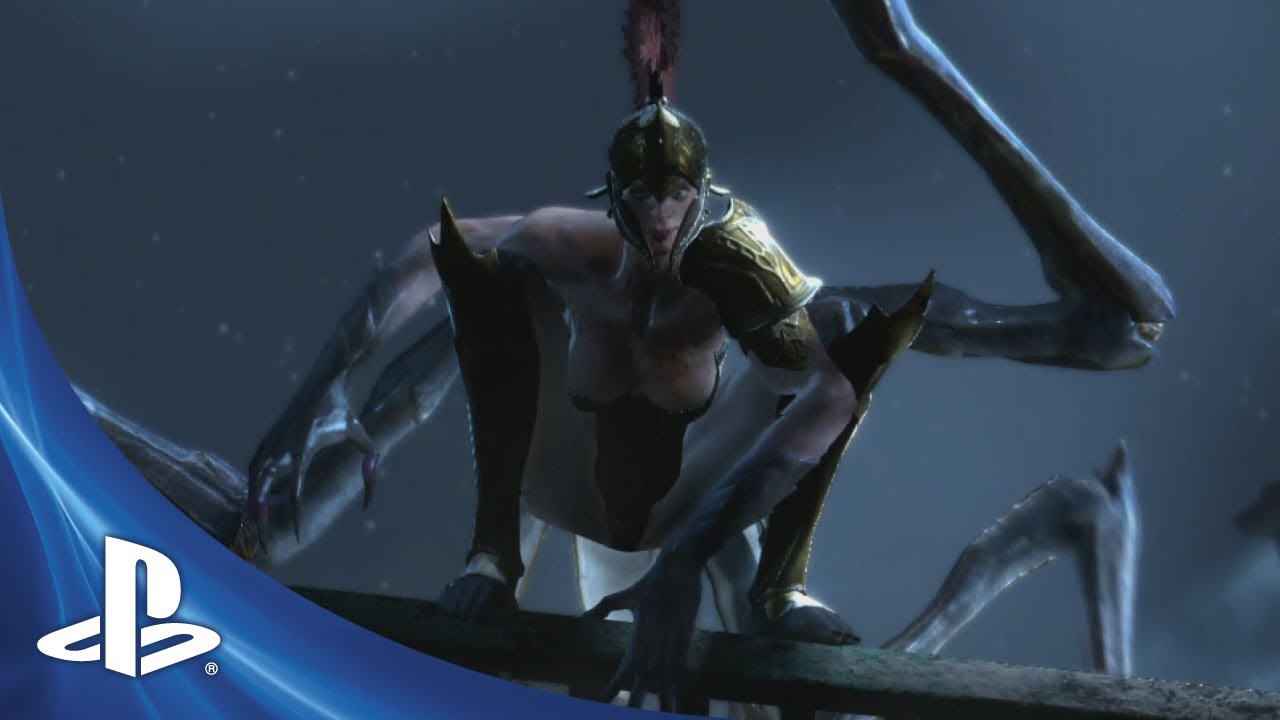 From a titan-sized showdown with Ares to battling Zeus at Gaia’s heart, the antagonists of God of War have provided some of the most memorable encounters in gaming history. God of War: Ascension promises to continue with this tradition by introducing a challenge that will push Kratos to his physical, mental, and spiritual limits to say the least. In Ascension, Kratos is sentenced to an eternity chained within a prison for the living damned, and will battle insanity at the hands of the Furies – perhaps the most terrifying spectres of the ancient world. The six-legged Fury Megaera is the first of three to be revealed in our latest Monsters of Ascension entry, with Lead Concept Artist Izzy Medrano – the mastermind behind their creation.

Since Ascension is set before the events of the first God of War, what specific role does Megaera (of the Furies) play in Kratos’ journey from mortal to God?
Izzy: Megaera is the first of three deadly sisters that Kratos must push past to free himself from an oath he has come to greatly regret. Early on, we knew we would be using the Furies, or more aptly the Erinyes in Greek Mythology, as our primary antagonists. We had to bend them to fit our story a little bit, but they act as a group of bounty hunters and torturers for the Gods. They are the keepers of Oaths and punishers of those that would foolishly renege on a contract. They are older than Zeus and the Titans, and are a force unto themselves. In a very real sense, they are “law” incarnate. Give us some insight into how this malevolent character was born?
Izzy: In the past, Kratos’ antagonists have been extremely physical in their orientation. Kratos is an incredible protagonist because you can keep on hitting him and hitting him, and he’ll never back down. Kratos is the ultimate junkyard dog. You don’t mess with him if you currently enjoy possession of all your limbs and their natural orientation.

For Ascension, we had to raise the stake but we had to tackle him laterally. This is a world before Kratos has become a god. We wanted to take advantage of the fact that although he’s still that same unstoppable physical force, he doesn’t quite have all the internal armor he’s built up in the chapters that follow.

Megaera’s sphere of influence falls in the physical realm. Her instruments are crude as she revels in the sensory world. “Simple pains and simple pleasures” would be her motto, and we took care to build this character around that philosophy. She was born of a need to make someone that could stand her ground in one-on-one combat with Kratos. She’s not gargantuan. She’s not a living mountain. She doesn’t spout flames, or lean on any magical crutch. She stands only heads taller than our hero, and these unassuming elements about her, I hope, inform the player of just how dangerous she really will be.

Regarding her frightening appearance, tell us a bit about what Megaera is capable of.
Izzy: Megaera is far more dangerous than you may first realize when you encounter her. She’s a tactical mover; she uses her long, powerful extra legs to reach places and perform maneuvers that a standard humanoid form couldn’t achieve. A good comparison would be Hercules. Think of Kratos’ half-brother as a grappler, an up close in-your-face type of fighter. We treated Megaera as more of a reach-based scrapper, like Dhalsim. She juggles Kratos at a distance, and never lets him get close enough to do any damage of his own. Another aspect of Megaera’s physicality is her ability to control bodies like a puppet master. As I mentioned, she doesn’t use magic as we have defined it in the game. She’s a creature of pure physical influence. How we managed to get her to pull off this unique puppeteering ability is her queen bee-like connection to a swarm of parasites that dwell in her very body.

I pulled elements for her design from the Surinam Toad, which is a horrifying little monster that haunts our actual reality. (Don’t believe me? Look em up. Do this on an empty stomach… trust me.) These toads insure the propagation of their species by laying eggs in each other’s backs and carrying the little toadlets to term. When they are ready, the baby Surinam’s burst out of the ‘mother’s’ back leaving a scramble of stomach-churning holes in her flesh, like the bulb of a lotus plant.

Much like the toad, Megaera’s chest is covered with a rash of diseased-looking little holes. The parasites burst out of this living hive and scramble over the living and dead alike. They burrow into the flesh and assume control of their host’s bodies for their queen. The parasites don’t stop there with the horror show, however. Megaera’s lovelies create a physical torture all their own.

For the full interview — and more concept images — click here.