Hell Yeah! Wrath of the Dead Rabbit Out on PSN Today 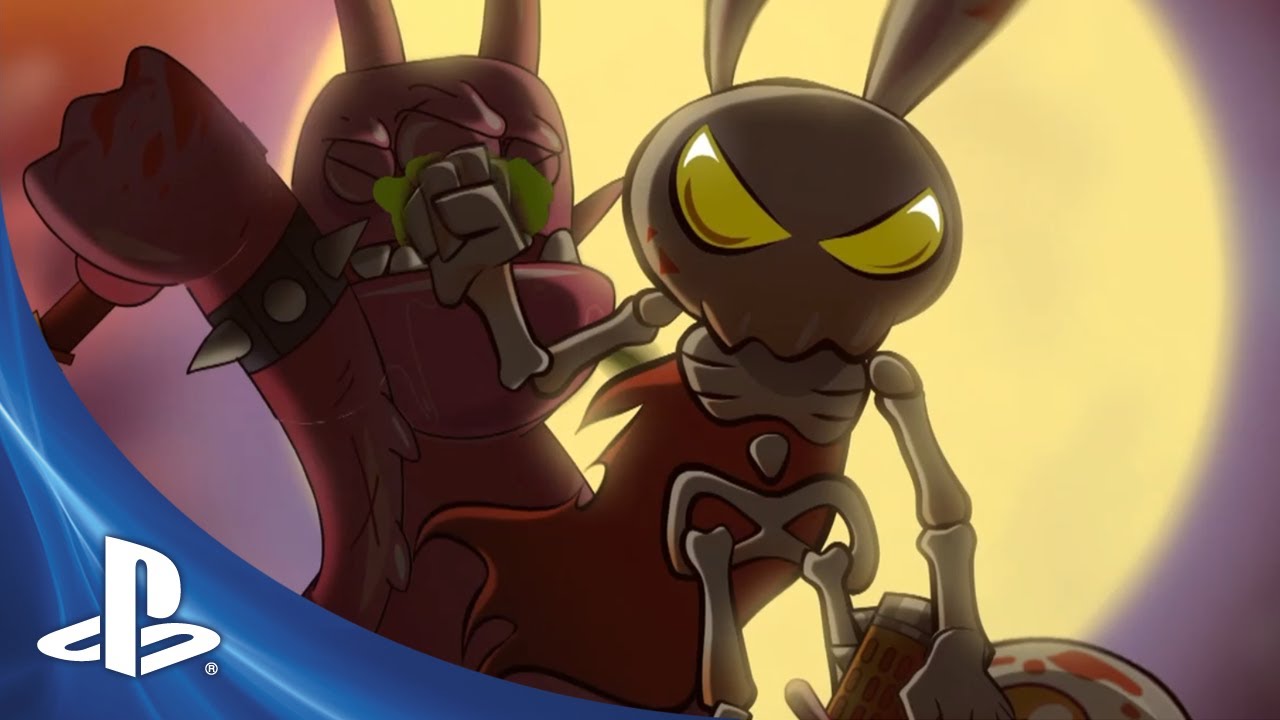 Have you heard about Hell Yeah! Wrath of the Dead Rabbit? If not, you are truly missing out on a totally amazing, incredibly ridiculous, and completely hilarious adventure. I am not making that up. You legit need this game in your life.

Hell Yeah! puts you in control of Ash, a devil rabbit and the prince of Hell. As so many celebrities are these days, Ash is the victim of a vicious smear campaign as somebody posts scandalous bath-time images of him up on the ‘Hell-ternet’. This is a really good way to piss off the prince of Hell. Ash gets so pissed off, in fact, that he wants to make sure that everyone who saw the photos dies. It’s a totally reasonable, logical response, right? This is where you help Ash achieve his goal to destroy all of the monsters of Hell who have seen him in all his naked and embarrassing glory. And that turns out to be a whole lot of fun.

Although you start the game with nothing, Ash very quickly starts accruing some awesome gadgetry to help with the monster destruction. It all starts with the painful looking “Jet-pack Driller”, which does exactly what it sounds like. It jets you around the levels. It drills. And more importantly, it kills.

There are lots of weapons available in the game, and lots of ways you can customize Ash and his weaponry. If you think sawing monsters into pieces sounds like fun, imagine doing it while also shooting them full of holes. Yeah… that’s the stuff.

One monster in particular caught my eye very early. You might say that it was love at first sight, which is a pretty odd thing to say about a smiling pile of poo with a bloody chainsaw on its head. But I’m a pretty odd person, so there you go. This monster had a high degree of sheer ridiculousness, and I knew that it would make an amazing hat for people to wear at shows like PAX. So we made chainsaw poo monster hats. And they are glorious.

Anyway. Lots of people, including artists, writers, and philosophers have depicted their version of Hell throughout history. But I’m guessing that none of them included a casino, or were set in space. But in Hell Yeah! You’ll play through all of these areas and more. I can feel you doubting me, so here we go with another trailer just to prove it.

Hell Yeah! will be out on PSN in North America later today for $14.99, and we’ll also have 17 avatars for sale for $.49 each, so you can deck yours out in total Hell Yeah! style.

PS Plus members in North America also get some special goodies, just for being so awesome. You’ll get 20% off the game until October 9th, along with an exclusive dynamic theme and four free PS Plus exclusive avatars. Fancy!