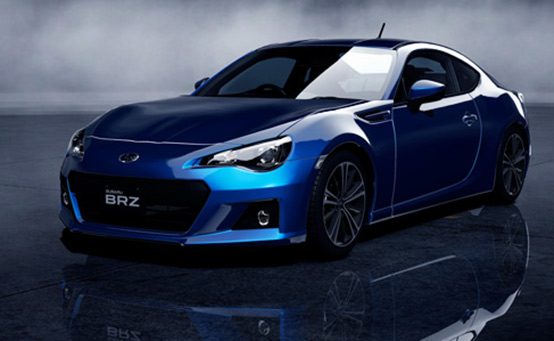 While we wait patiently for Spike’s airing of GT Academy 2012 this fall, we have three new pieces of DLC and Update 2.08 releasing on Tuesday, September 25th to keep you guys battling in Gran Turismo 5.

The GT-R N24 GT Academy was developed by the GT-R development team of Nissan, and set up by software engineers of Gran Turismo. Driven by Gran Turismo series producer Kazunori Yamauchi and the first European GT Academy winner Lucas Ordonez, Team GT Academy won top victory in the SP8T class. Relive the victory at the Nürburgring with this signature GT-R N24.

Sharing the specifications of the Toyota FR-S, the production model prototype was announced at the Tokyo Motorshow in November 2011. In addition to the different front grill and foglights, the driving feel of the suspension settings focuses more on stability, and reflects the sports car philosophy of Subaru. In the BRZ, you can enjoy the feel of an FR layout sportscar — a rarity in today’s automobiles.

The HSV-010 debuted in 2010 as the heir to the Honda NSX-GT. The car is a front engine rear wheel drive powered by a 3.4 liter V8 based on an engine designed for the Formula Nippon. The car achieved a double title win in its debut year, and this 2011 model utilizes side radiators to optimize weight distribution, further improving its cornering performance. Add this high performance Honda Racing machine to your collection.

A free downloadable update coming next week will add several new enhancements to GT5, as well as correcting some reported issues. A few examples of the update 2.08 include: