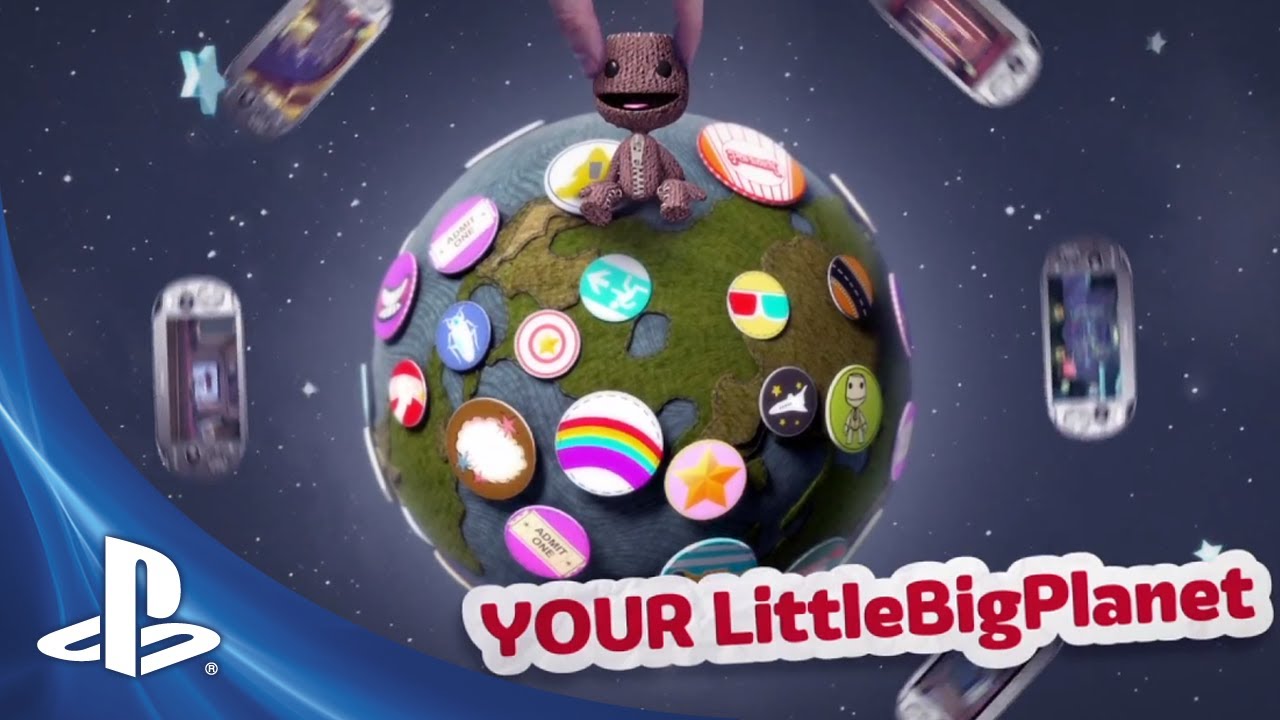 As some of you may have seen already, copies of LittleBigPlanet PS Vita have been popping up early at various retailers. If you’ve been lucky enough to snag a copy, I hope you’re enjoying the early access! Keep in mind, the servers won’t go live until September 18th, so online play won’t be available for another day, but you can still play the game offline in its entirety. And now that you’re beginning to dig into Sackboy’s latest mobile adventure, we have a whole bunch of goodies and treats to show you.

LittleBigPlanet PS Vita has been developed by Tarsier Studios and Double Eleven with a brand new story that takes place not on Craftworld, but on the travelling planet of Carnivalia. Once the bringer of joy and laughter, Carnivalia has now been taken over by the mysterious Puppeteer and his evil henchmen, the Hollows! Now it creates joy only to steal it all back again. So, it’s up to Sackboy to save the Omniverse when the game officially launches in North America on September 25th!

In celebration of our launch, we have a brand new trailer for you, which takes a closer look at the Arcade theme, a theme outside of the main story that is entirely dedicated to a new suite of arcade style mini-games. As you can see from the video, LittleBigPlanet PS Vita goes far beyond the realms of platforming and will give everyone the opportunity to play a whole host of awesome mini-games on PS Vita.

The reviews for LittleBigPlanet PS Vita are out, and it looks like everyone loved Sackboy’s new adventure. We can’t wait until you, the community, get your hands on the game so you can stretch your imaginations with the game’s new tools and features.

Here’s a small sample of the things the gaming press have been saying about LittleBigPlanet PS Vita:

“LittleBigPlanet Vita positively bursts with charm and cleverness. It’s more refinement than revolution, but that also makes it the purest distillation of the concept’s potential. It’s the best (LBP) yet.”

Time is running out to get in your pre-order for LittleBigPlanet PS Vita! If you want to pick up the rather awesome BioShock Minipack or the exclusive golden color set of Knights of the Old Pre-Order Costumes, you’ll want to pre-order now — before it’s too late!

Just like all of our other costume DLC, these costumes will work on LittleBigPlanet 2, LittleBigPlanet PS Vita, and LittleBigPlanet Karting. So, no matter which of Sackboy’s adventures you are currently playing, you will be able to dress your Sackboy up in these great outfits.

If you purchase the digital version of LittleBigPlanet PS Vita within the first week of the game’s release, you will not only receive a digital copy of the game, but you will also be entitled to both of the above costume packs! This means that your week one purchase of LittleBigPlanet PS Vita on PSN will also nab you the BioShock Minipack and the Knights of the Old Pre-Order Costume Pack!

Celebrate the LittleBigPlanet PS Vita Launch with Us

It wouldn’t be a new LittleBigPlanet game if we didn’t have some special surprises in store for you to help us celebrate the release. And for LittleBigPlanet PS Vita, we’ve got a couple of costume releases that really fit the bill.

This rather snazzy Rare T-Shirt will suit any Sackboy or Sackgirl’s personality by automatically matching the color of the t-shirt with their chosen Popit color. And with a simply adorable animation on the front, who could possibly resist adding this costume to their wardrobe of costume delights for LittleBigPlanet 2, LittleBigPlanet PS Vita, or LittleBigPlanet Karting?

Don’t forget that the LittleBigPlanet PS Vita Rare T-Shirt will only be available for a very limited amount of time! It can be snapped up next week for $4.99; don’t delay in picking it up because once it’s gone, it’s gone forever!

Reserved for the launch of a brand new LittleBigPlanet game, we have the ever-popular Launch Space Suit returning to PlayStation Store next week. The Launch Space Suit is free, and will also be returning for just one week, so don’t miss out on this astronomical attire for Sackboy.

Sackboy will meet a wonderful and rather eccentric cast of new Creator Curators as he travels around the magical world of Carnivalia. Last week, we revealed each of these characters and told you a little bit about them on our Facebook page. If you haven’t seen these biographies already, be sure to head on over to our LittleBigPlanet Facebook page and check them out.

Want to see how PS Vita’s features bring LittleBigPlanet PS Vita to life? Check out the trailer below.