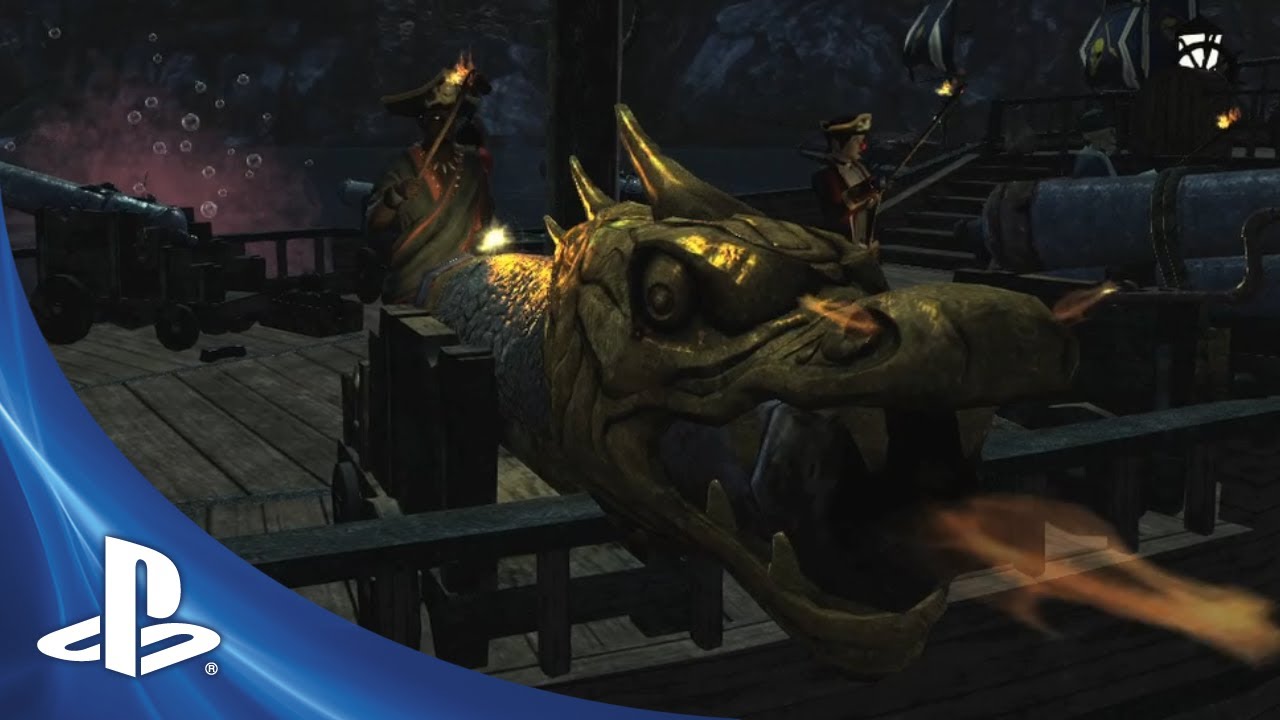 Last week, PlayStation Home got an update to the action-packed free-to-play multiplayer game, Cutthroats: Battle for Black Powder Cove. With this news, we jumped on the phone to chat with Michael Mumbauer, Director of the Visual Arts Service Group (VASG), a madly creative department within Sony Computer Entertainment America. VASG has been helping make Home content nearly since Home went Open Beta and has made some of the platform’s most entertaining items and spaces, including the Home Mansion. Although VASG creates art and code for other development teams, like several of the World Wide Studios, this is their first full game.

Michael was kind enough to let me ask some questions that will shed a little insight on the decisions that went into this 2.0 update.

PlayStation.Blog: VASG has created content for Home for years, but when Home transitioned to a game platform in itself, it was the next logical step for them to step their game up and make one. What was the original concept behind Cutthroats, and did you do what you set out to achieve?

Michael Mumbauer, Director of Visual Arts Service Group: If we were going to make a game in Home, we wanted to focus on the strengths of Home—individualism and community. You can express yourself with a variety of looks as well as take your friends into an experience to share a really great time together. That was the focus — supporting the two pillars of what makes Home great.

As gamers ourselves, we didn’t want to sell the user short by making the user experience limited compared to what it could be socially while not sacrificing the game play experience in any way. For instance, would this game stand up on its own outside of Home? Yes, we think it would.

PSB: Do you consider this game a success?
MM: We met the goal — we delivered one of the best game experiences in Home, while also delivering a fun social experience. However, in the first version we left some polish on the table that we wanted to add, but unfortunately we were up against the clock.

PSB: That leads me to my next question. With the update to version 2.0, did you revisit your initial ideas while adding upgrades to the rest of the game?
MM: You polled in the official PlayStation Home forums, and we were very interested to see the feedback — users overall loved the game, but would liked to have seen a different approach to how the micro-transactions were set up. We didn’t have a functional grind-based economy, so that users could sample some of the purchasable items. The original game singularly focused on limited commodity items, which didn’t have value outside of the game. I think we corrected that by adding wearable purchasable items that perpetually affect the game, as well as limited use items that are significantly cheaper and add greater playtime.

PSB: There’s a lot of noise on our forums about a lack of new rewards or other incentives with the arrival of 2.0.
MM: My main focus for this update was to fix some of the obvious issues we learned from the feedback from its original release. Version 2.0 addresses many of the issues and provides a bunch more polish to the game, and adds a greater overall value. We wanted to raise the level cap and offer more rewards, and have many of these already prepared, but could not fit it all in time.
Seeing the demand already for these new rewards and incentives, as well as increasing the level cap, we’re going to release some of these items as well as a “giant” reward that will be the ultimate reward in the next update — so by all means enjoy it now, but know we have some tricks up our sleeves for you.

PSB: Anything else you’d like to share?
MM: I’d love to ask the community: What would you like to see? Please leave comments below with your feedback — we’re going to be listening.

An all-new Cutthroats: Battle for Black Powder Cove has arrived in PlayStation Home! See what’s new and get free coins by visiting the newly updated Armory, Clothing store, Game Board, Info Table and News Board.

All Cannon balls and power ups are discounted. The addition of four new, unique-looking weapons will require some strategy if you want to rule Black Powder Cove! All weapons have been retuned with varying ranges and damages. Be sure to visit the revised store to stock up on ammo and new power-ups, such as teleportation and mines!

Select cannons, ammo and power-ups by using the new quick select menu. Ship damage indicators so you can see where the enemy fire is coming from. Repair your ship to keep it afloat. Communicate with everyone on your ship through Voice Chat.

Check out the clothing items Male and Female pirates are wearing. Some of them even give you special power ups when you wear them while playing!

You can still play for free and collect coins to power up you ship, or purchase any upgrades through the store. There’s even a new option to collect free coins daily by visiting Cutthroats and checking in with all the vendor tables.

Set sail in this massive update to Cutthroats: Battle for Black Powder Cove.