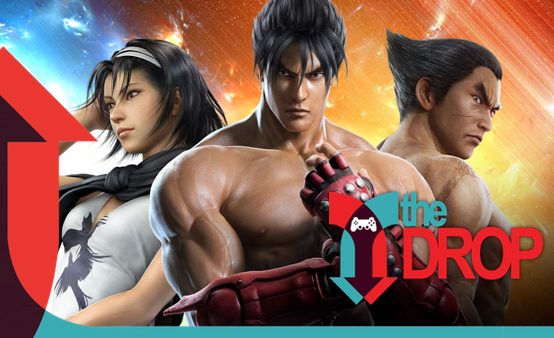 On PS3 this week, the highly-anticipated sequel to 2000’s legendary Tekken Tag Tournament, Tekken Tag Tournament 2 is being brought to home consoles with all of the action seen in the arcades along with unique content and features that can’t be seen anywhere else. Also on PS3, EA Sports NHL 13 delivers an innovative new gameplay experience, accurately capturing the speed, creativity and strategy of today’s NHL action.

On PSN as full digital downloads, prepare for full-scale war with Battlefield 3, the third major evolution of the long-running online battle franchise. Max Payne 3 continues the tale of former New York City detective, Max Payne. Still haunted by the memories of his traumatic past, Max begins a new life working private security protecting a wealthy industrialist and his family in Sao Paulo, Brazil. Fight as twin brothers Billy and Jimmy Lee on an exciting adventure to save their shared love interest, Marian from the evil Skullmageddon across 16 brawling levels filled with elaborate missions, malicious enemies and over-the-top battles.

Enjoy this week’s The Drop.

multiple ways to challenge your friends–get ready for the next battle.

Battlefield 3: Premium Edition — Using the power of Frostbite 2 game engine technology, Battlefield 3 delivers superior visual quality, a grand sense of scale, massive destruction, dynamic audio and incredibly lifelike character animations. As bullets whiz by, walls crumble, and explosions throw you to the ground, the battlefield feels more alive and interactive than ever before.

In Battlefield 3, players step into the role of the elite U.S. Marines where they will experience heart-pounding

single player missions and competitive multiplayer actions ranging across diverse locations from around the globe including Europe, Middle-East and North America.

Own all five uniquely themed expansion packs and play them two weeks early. The classic, reimagined and remastered maps of Back to Karkand; the unrelenting, fast-paced action of Close Quarters; the largest map in Battlefield history featured in Armored Kill, plus two more expansion packs coming soon! Get’em all and get’em at a discount with Battlefield 3 Premium. More Details Here

Max Payne 3 — When gangs target the family under his protection, Max is forced to fight to save his clients and clear his name, in a bid to, once and for all, rid himself of the demons that have tortured him for far too long. This dark, gritty action game utilizes cutting edge technology for a seamless, cinematic action experience. The game boasts highly-refined gameplay with an extensive range of realistic weaponry, an intelligent cover system and sophisticated Bullet-Time mechanics.

Anomaly: Warzone Earth — Blending fast-paced, explosive action with tactical battlefield command, Anomaly puts players in charge of a military convoy tasked with fighting back against the mysterious alien war machines that have begun to spring up in many of the world’s largest cities. Players take part in battles personally to support and assist a hand-picked armor squad, utilizing their top-down tactical view to plot each and every turn of the convoy. As they progress through the story campaign and challenge modes, players will unlock upgrades and new units to

Exclusive to the PlayStation 3 version is local co-op mode — two Commanders to support each other in battle, one responsible for controlling the armor units while the other plans the strategy. Both get into the action and are able to boost their abilities in the battle.

Double Dragon Neon — The reinvigorated update to the 80’s beat’em up smash hit that is reminiscent to the original. Trained by their sensei in the special form of martial arts called Sōsetsuken, Billy and Jimmy are equipped with lethal combat skills and weaponry to bust some faces and battle the baddest goons around as they journey across the galaxy to rescue the love of their lives.

FIFA Street — FIFA Street 3 creates a hyper-real world that merges the game’s biggest stars with environments that pulsate to the music in exotic locales around the world. Featuring over 250 of the world’s best players representing 18 of the top international teams, each player has been rendered into a stylized caricature with heroic qualities. Decked out in authentic training kits, every player boasts their own, distinctive style of play with unique abilities to match. Choose from Tricksters, Enforcers, Playmakers and

Finishers to give you different options on the ball and make your mark on the street.

La Pucelle: Tactics — La Pucelle: Tactics is a tactical RPG from Nippon Ichi, creators of Disgaea. La Pucelle: Tactics is a tale of betrayal and double cross, monsters in human form and humans in monster form, set in an alternate medieval Europe. The unlikely hero is a smart mouthed and undisciplined sixteen year old who just passed her exorcism exams and her comrades in La Pucelle, a demon hunting squad. La Pucelle serves up a rich storyline, with equal parts characterization and personality to match. Gameplay involves capturing monsters and successfully manipulating each stage’s Dark Portals, all set to a quirky old-school atmosphere and complemented by extra gameplay features, like the bartering system. Over 100 hours of gameplay with multiple endings await.