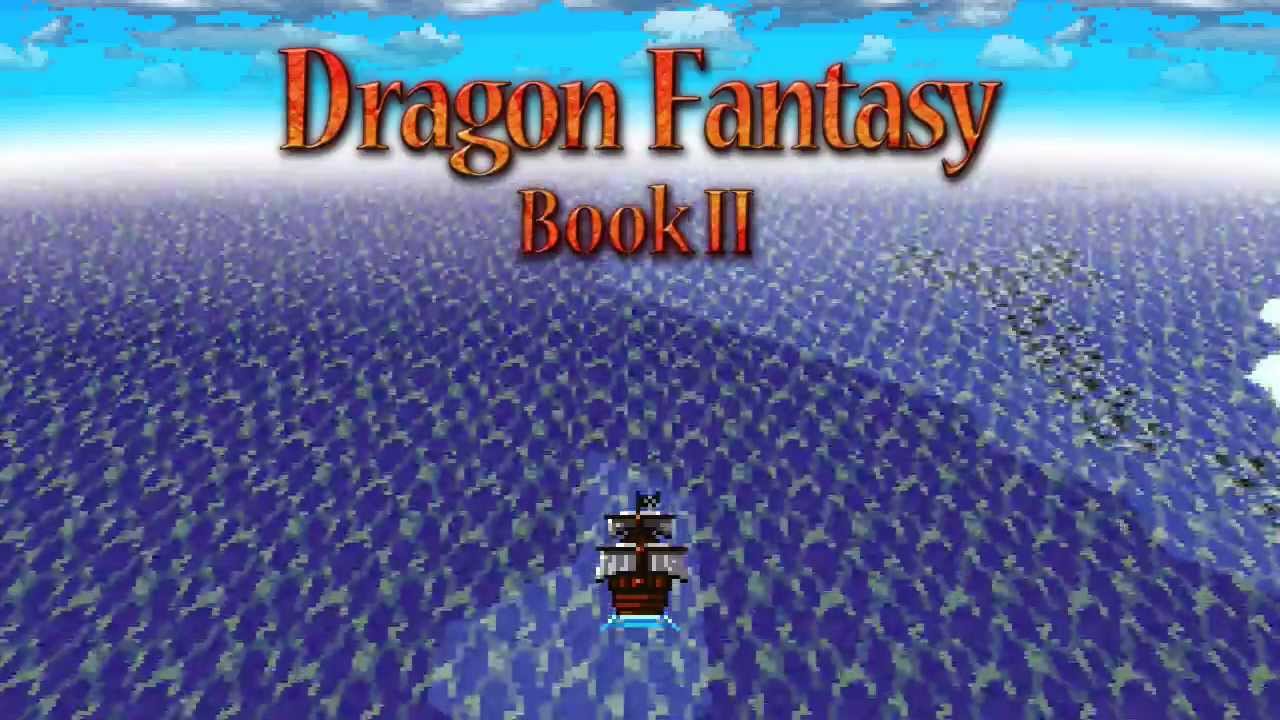 Building the first Dragon Fantasy was an amazing experience. And after pouring your heart and soul into a project like that, you can only think “Where do I go from here?”. After we’d really pushed the limits of 8-bit gameplay and graphics with the first game, we knew it was time to bump the game a “generation”. This meant being a lot more ambitious with what we wanted to do, and bigger ambitions require bigger support. So with the support of SCEA’s Pub Fund, we’re thrilled to announce Dragon Fantasy Book II is headed for PS3 and PS Vita next year on PSN!

Originally, we had planned to follow the original three chapters of 8-bit style with another three chapters in a more 16-bit style. We planned to do a slow and steady progression, chapter by chapter adding more and more features. But as soon as we started work on the new chapters we quickly found ourselves aiming squarely at the end of that generation immediately. We didn’t want to start out simple again as we had already done that. We wanted to make the best RPG possible. So, we decided instead that we’d combine the three stories into one massive sequel, and add a few scenes here and there to glue things together. It made the story flow more naturally, sure, but more importantly to the player, it let us load this sucker up with hot 16-bit-era eye candy from the get-go!

The first “next-gen” (for the early 90s) feature we threw in was a throwback to what was then known as “Mode7”. For the blast-processing set out there, Mode 7 was a special video mode that let the very 2D hardware make (for the time) eye-popping “3D” effects. We’ve always had an affinity for that look, so it had to be part of Book II. We’re using it for all the traveling scenes in the game,and we’ll be using it for some pretty intense battle scenes later in the game.
After thoroughly stepping up the visuals, it was time to give the audio some love. The 16-bit era of video games are known for some truly amazing music, and we wanted to express that in our sequel as well. And so, our audio director, Morgan Tucker (a.k.a. Crashfaster, and the head of 8-bit SF and Monobomb Records got some very his samples assembled and leaped at the task.

In the original DF game, we used a very static, very traditional battle system that took was very reminiscent of the best 8-bit era RPG battle systems. I thought it turned out very nicely, and it certainly did the trick for the theme we were going for. We even showed an early version of Book II at PAX East. But with all the other new features in the game, the old school battle system just felt out of place. So we built an all-new system from the ground up. Battles now take place in the same world that the player walks around in, and monsters can be seen lurking around every corner. When battles begin, it’s just a matter of a status screen and a menu bar sliding onto screen. The game retains the quirky text descriptions that the first game was known for, but now they’re accompanied by fully animated attacks and highly effect-driven magic spells.

Finally, we added multiplayer support. Up to four players can play together, each acting as one of the four party members in the first player’s party. Each player is free to explore the surrounding areas on their own, and can even engage in separate battles on their own as well. And of course, if they choose to help each other out, any player can just walk right up to another battle in progress and join in on the next round! This works not only in the regular game mode, but we’re planning a coliseum mode where players can form a mixed party of their own party members and those of their friends to fight battles for glorious prizes and honor.

Oh, yeah, we should probably mention the story, eh? I mean, that’s generally the big thing when discussing RPGs, right? As the story begins, the Imperial Armada is closing in on our heroes. It’s not quite clear to them yet why the empire is pursuing them, but they’ll learn soon enough. As they head further and further into the southlands, our heroes will be split up into three teams (representing the original three chapters we’d planned to do episodically), with each discovering important secrets about the war between the Kingdom of Tundaria and the Empire of Sandheim. We’ll see what’s happened in Westeria in our heroes absence! And finally, we’ll learn a little bit about where the Dark Lord came from, how the Woodsman got to be so knowledgeable about things, and just what that purple talisman is all about.

Dragon Fantasy 2 is such a huge, huge departure from the first game stylistically that it’s easy to think that the two games aren’t actually related. But if you spend a little time with both, a lot of the throwaway gags in the first game will turn out to be very serious omens of the things to come in the second. A lot of that is because when Bryan and I first started on this series, we had intended all of this to be one, gigantic game. But we started on the game when we were both 14 years old. And it turns out that making a huge, huge RPG to rival the best contemporary RPGs of the time was a wee bit much for a couple teenagers! After 17 years, we’ve learned to tackle things one step at a time, and Dragon Fantasy Book II is our latest and greatest step towards the completion of our epic story!

Got questions about Dragon Fantasy 2 (or Dragon Fantasy 1?) Want to know what the ultimate fate of Jerald is? Wondering how the biological functions of the Rock Monsters work? Curious where to order Rock Monster plushies? Let us know in the comments!