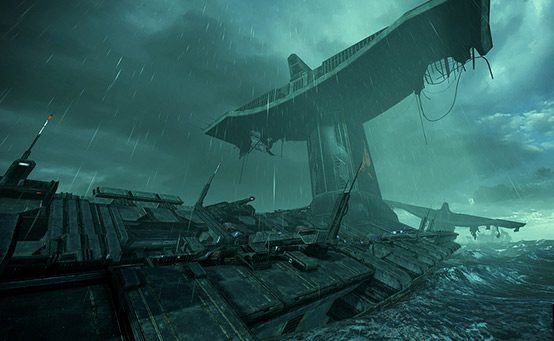 The BioWare team loves Commander Shepard as much as the fans do, so after we shipped Mass Effect 3, we were excited to start creating additional content that would expand on Shepard’s adventures during the Mass Effect 3 experience. Downloadable content gives us an opportunity to do just that— it gives us the chance to write new chapters that add to Shepard’s legacy without disrupting the consistency of the full game. We approach DLC differently depending on whether it’s single player or multiplayer content, but with both, we aim to hit an extremely high quality bar to make sure the fans continue to get the full Mass Effect experience.

For multiplayer, we consider Mass Effect 3’s offerings to be more of a service than a product you purchase. We always said that we wouldn’t do multiplayer in our games unless it was done properly, and supporting it fully well after launch is something we are committed to. The ideas behind Resurgence, Rebellion and Earth were simple: we want to keep the community engaged in our game, keep the content fresh, and most importantly, we want to foster a level of progression that is synonymous with Mass Effect. Fantasy fulfillment has always been something that is extremely important to us, even in multiplayer. Allowing players to do awesome things in the Mass Effect universe that work well outside of Commander Shepard’s narrative is important. Adding amazing new weapons like the Cerberus Harrier or classes like the N7 Shadow were all about that.

Of course, story-based DLC has always been a part of the Mass Effect pedigree. At BioWare, it’s part of our culture to create emotionally charged stories for our fans. We always aim to deliver an impactful narrative while offering the player’s choice. This is challenging, but it is also extremely rewarding for us. As mentioned before, when we shipped Mass Effect 3, we knew there were many opportunities within the universe for us to tell new stories. Mass Effect 3: From Ashes, our first single player DLC, is a great example of how we were able to visit a new era in the Mass Effect universe. From Ashes also allowed our fans to gain a new squad member with Javik, something that has become signature in our previous DLC packs.

And that’s why Mass Effect 3: Leviathan is so exciting for us! It gives us the chance to jump back into Commander Shepard’s story, and to continue exploring some of the themes that are important to the trilogy, including the origin of the Reapers. We wanted to make sure that we delivered content to the fans that was unlike anything we had ever done before. Leviathan is all about exploration and mystery. Players don’t know where the story will take them next, and they’re pushed to explore these new fantastic locations that they’ve never seen. In addition to these new worlds, Leviathan is full of great new characters that help Shepard unravel the mystery of Leviathan. Players get to interact with these characters through more than 2,000 new lines of recorded dialogue and dozens of new cinematic sequences. If it’s combat and gameplay that you’re after, Leviathan delivers on that too. Players will dive into an adventure that will challenge their abilities, and they’ll be given the chance to unlock two weapons previously only available to pre-order customers earlier this year.

We’re proud to bring Mass Effect 3: Leviathan to our fans. Grab it when it goes live on PSN later today, and let us know what you think!