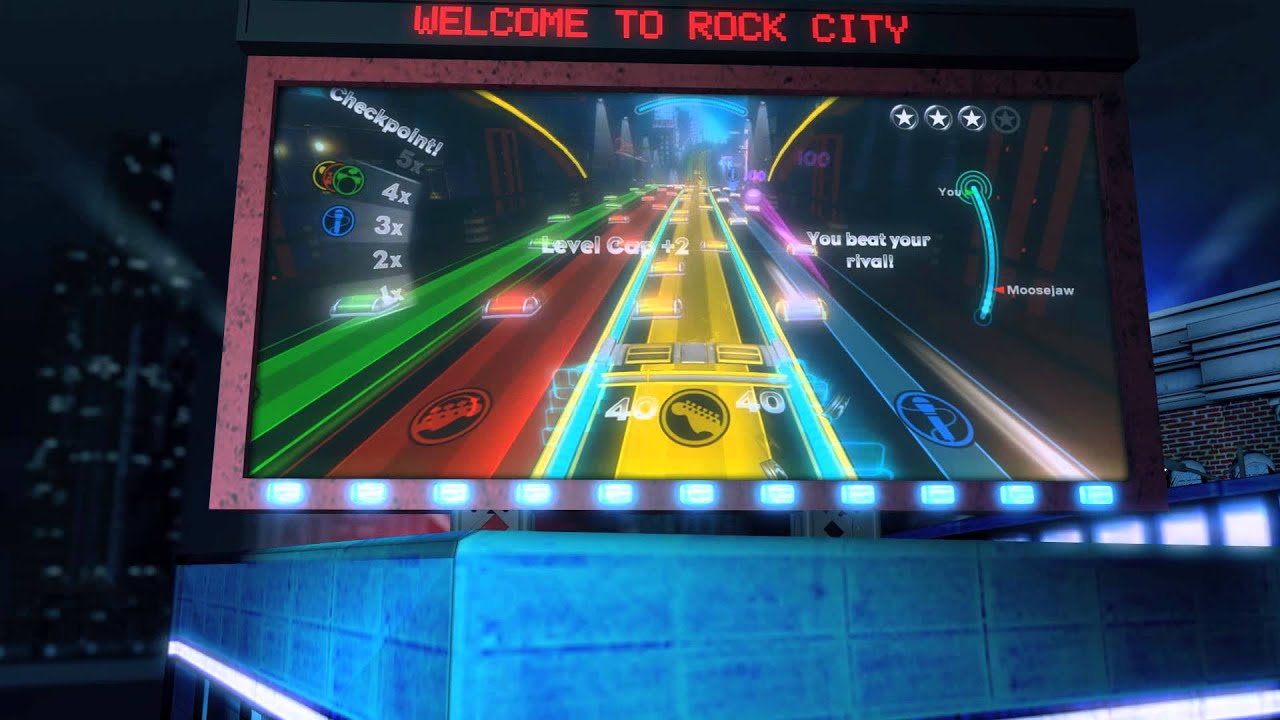 There’s a moment during game development when you have to let go of your game and release it to the world. You’re sitting in your office, thinking about all of the choices you made, wondering whether people will find it fun, engaging, beautiful, scary, funny. Is your vision going to be realized? And then you take a deep breath and let it go.

How do I know? I’m the Project Director for Rock Band Blitz, and for me that moment came about two months ago. I guided the development of the game over the course of the last year. The creative, smart, talented team that made Rock Band Blitz can’t wait for you to play the game on your console and see, at long last, the result of all of our hard work.

Rock Band Blitz is a downloadable PlayStation Network game. It’s the latest entry in the Rock Band family, and rather than using plastic instruments you play with a standard DualShock 3 controller. At its core, it’s still a rhythm beat-match game: you smash notes in time with the music. But in contrast to the full band experience of traditional Rock Band titles, Blitz is fast-paced — with over-the-top visuals and a wide range of crazy Power-ups that you can use strategically to increase your score.

For only $14.99, we’re shipping Rock Band Blitz with 25 tracks. That alone is a great value, with hours of gameplay right out of the digital box. Even sweeter, the game lets you play all of the music in your Rock Band Music Library – including songs you were able to export from previous Rock Band games and songs downloaded from the Music Store – in an entirely new way. And if you’re a fan of the full-instrument experience, the 25 songs that come with Rock Band Blitz can be played with a full band in Rock Band 3 at no additional cost!

Over the past week here at Harmonix, we’ve been running a company-wide Rock Band Blitz tournament, and it’s obvious that all of those tough game design choices are starting to pay off. We’re seeing employees tweeting about how they can’t stop playing, even though it’s 2:00AM on a weekday. They’re challenging each other to asynchronous Score Wars, and talking friendly smack to one another over who has the top spot on leaderboards for their favorite songs. Lunch conversation is now dominated by folks whispering strategy secrets to one another as they exchange their favorite Power-up loadouts for specific songs.

They liked it! They really, really liked it! (Hey, I’m as insecure as the next guy…) Some of the common themes I head last week:

We really hope you give the game a shot when it hits PlayStation Network tomorrow. There will be a free trial available, so you’ve got nothing to lose trying it out. But fair warning: we’re hearing people are getting addicted, so get a good night’s sleep before the game’s launch.

The Rock Band Blitz team here at Harmonix is really proud of the final game; we hope you enjoy it as much as we do. Let us know what you think!