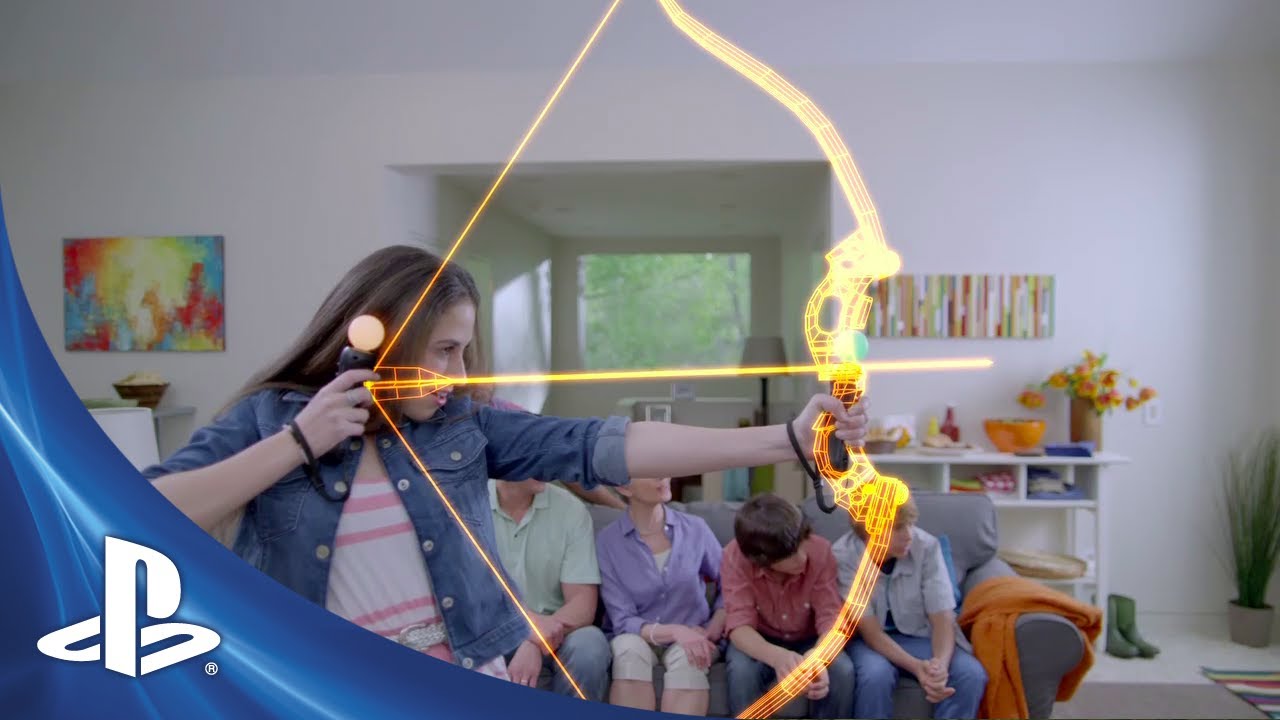 Sports Champions 2 will be releasing this fall for PlayStation Move, adding new sports such as skiing, boxing, tennis, bowling and golf, in addition to a much-evolved archery mode. These six sports lend themselves particularly well to motion gaming, with some requiring strategy and finesse and others a blend of speed and reaction time.

But given the popularity of Archery in the original Sports Champions, we wanted to demonstrate how far we’ve come with Sports Champions 2. Read on for lots of new details!

One early goal was to eliminate the need for PlayStation Move calibration, which could be pretty annoying in the first game. We are now able to get enough starting data when you turn on the game or a controller, and we’ve integrated some of the information gathering into the games themselves — along with some corrective behind-the-scenes calibration — so you can just play.

But our primary goal with Archery this time around was to combine the competitive nature of the original game with the fast-paced, high-action style of Medival Moves: Deadmund’s Quest archery. The idea was to maintain the tried-and-true archery mechanics from those two games while really emphasizing and expanding on the arcade element of the gameplay. We also wanted to continue to offer the player several different ways to play Archery. This was a notable feature of SC1, and we made every effort to continue that tradition. SC2 Archery offers an even more expansive variety of match types, and tests the player’s abilities with numerous different types of targets to shoot at.

Marksmanship is largely the same mode from SC1, with the addition of new marksmanship targets and more control over which target types you’ll see in a given match.In Shooting Gallery, you’ll shoot at many, many more types of target, such as bullseyes, fruit, money bags, balloons, rings, bottles, and more. Memory is a new take on the classic game, where you’ll try to uncover matching pairs of pictures using your bow-and-arrow. In Race mode, the goal is to raise your flag to the top of a pole before your opponent can raise theirs. You’ll raise your flag by shooting a bullseye target, and you’ll move faster by nailing high-score shots, forcing you to strike a balance between speed and accuracy. This is one of the more fun head-to-head matches, especially since we’ve introduced power-ups such as Shot Blocker. Push is now more fast-paced, as the two opposing archers are closer together and we made the rolling push targets move much faster. Players must choose to play more defensively by focusing on preventing the targets from reaching their side, or going more offensive and trying to push as many targets as they can to the opponent’s side. Rally is our most ambitious new mode, and has the opposing archers juggle a large cube between them until it hits the ground. The longer a rally goes on, the faster the cube flies back and forth between the archers. This mode is a fun, fast, intense experience that will test the player’s ability to be both accurate and quick with their bows. Players looking for an extra challenge can even opt to add a second Rally cube to the mix. Finally, Random mode will randomly select one of the Archery events for each round of the match. You’ll have to be prepared for anything when you select a Random game.

One change from SC1 that should be noticed right away is our scoring format has changed. Instead of adding up every round’s score from the entire match to determine the winner, now each round will have a winner determined, and the champion is decided by whoever won the most rounds. So in a best-of-3 format, a player will have to win two rounds. Also, we have implemented tie-breakers for every round – these will require quick reaction time to come out ahead.

We hope you enjoyed this look at Sports Champions 2’s new and improved Archery mode, and I want to thank my teammates at Zindagi Games for helping me craft this huge PlayStation.Blog post! If you have any questions, be sure to leave them in the comments!