All Aboard! Escape Plan: Underground DLC Arrives on PSN 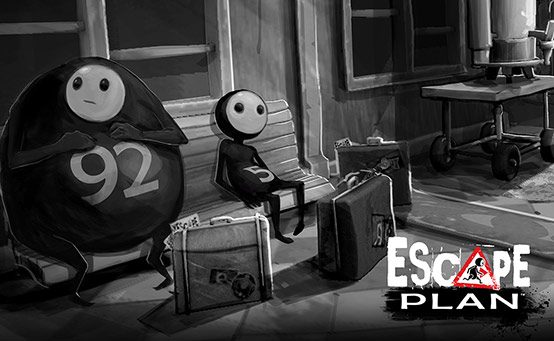 Escape Plan is tunneling through with new content for everyone this week. The Underground DLC pulls up at a discounted price of $1.99, Patch 1.03 goes live, and we’ve unpacked a ton of new costumes.

After being denied their freedom from The Asylum, we join Lil and Laarg as they ride the elevator into the depths of Bakuki’s Underground. The darkness is filled with a convoluted network of trains, trollies, minions, and dare we say, an escape?

Building off the success of The Asylum, we’ve added four new costumes to the dressing room. Dress the lovable characters in the new Buzz and Flower Power Summer Pack costumes, with Furry and Tourist costumes unlocked by playing through the 21 Underground levels.

Did we mention the new challenges and four Trophies! Yay, Trophies!

We’ve also dug into consumer feedback and have added the new squeeze control to the Circle Button. The new control will squeeze Lil while inflated or juiced-up on java. We’ve also taken in more of your tips and suggestions, and have applied as many as we can to improve your experience. As a thank you for your feedback, we’re releasing the new DLC for just $1.99 for the first two weeks it’s available.

After this Fan Appreciation sale, Escape Plan Underground will be available on PSN for $4.99. This pricing will go into effect August 14th, 2012.

Everyone will get the Buzz and Flower Power costumes with Patch 1.03, as well as the new squeeze control. However, only Underground buyers will get access to the new levels, Trophies and remaining costumes.

For those who missed our previous announcement, the Demo has returned! Those who haven’t experienced the touching adventure of Lil and Laarg can play through 16 of the original game’s zany levels. Be sure to try it out and, as always, provide feedback in the comments below. We love hearing it.