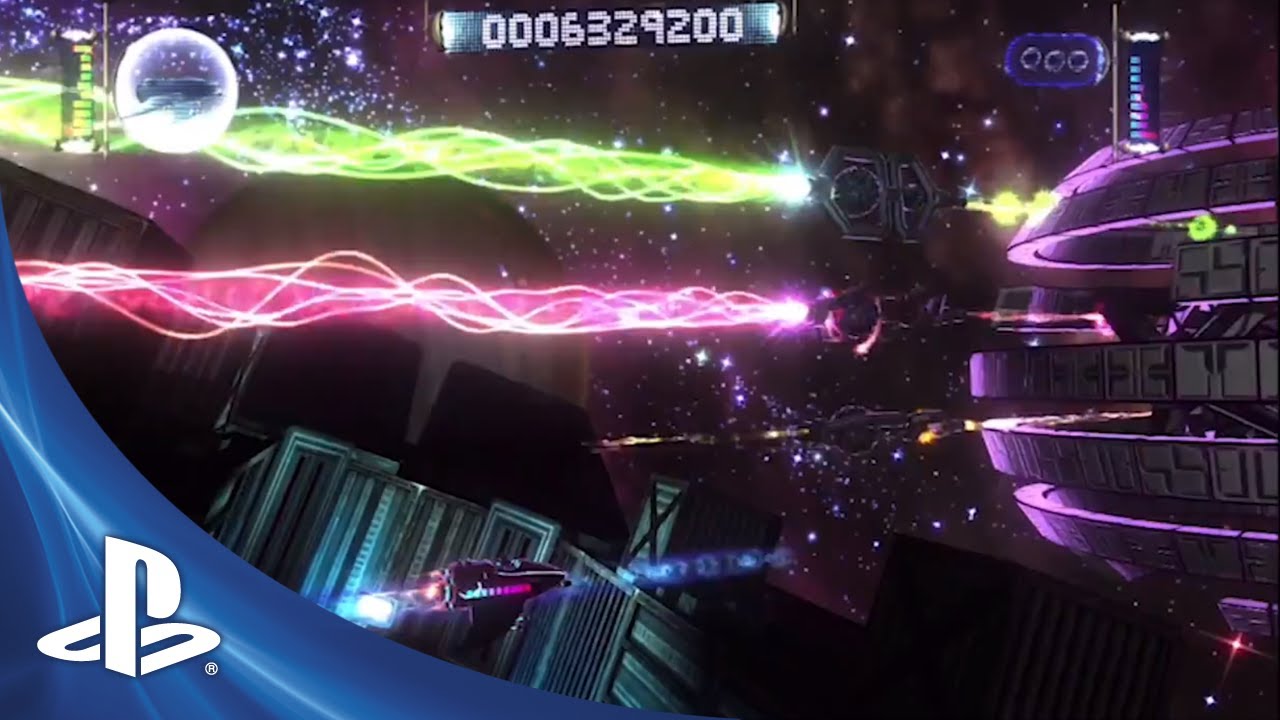 Hey everyone, good news: We’ve finished our award-winning rhythm/shoot’em up, Retro/Grade! The game will be released on August 21st exclusively on PS3, and will provide hours of mind-bending rhythm-based gameplay as you fight through reverse-timed space battles.

We’ve gotten many requests to make Retro/Grade’s soundtrack available, so I’ll go ahead and confirm that we’ll be selling it on PSN. If you want the game and the soundtrack, there will be a discounted bundle — we’ll have more details on pricing soon.

For those who aren’t familiar with Retro/Grade, it’s similar to a classic Shoot ‘Em Up… in reverse! At the beginning of the game you stop a massive alien invasion, but all the destruction damages the space/time continuum, causing the flow of time itself to reverse. What would have been the final boss is actually the beginning of your backwards journey. You must help Rick Rocket restore the continuity of space/time, before the temporal anomaly rips the universe a new time-hole!

Since time is reversed, you must undo your actions to protect the health of the space/time continuum by unfiring your shots, which are timed to the beat of the game’s music. In addition, you must dodge enemy projectiles returning to the guns that fired them. You can unfight the battle with either a DUALSHOCK 3 wireless controller or a PlayStation 3 guitar controller.

To learn more about the game, click here and visit the official site. Check back soon — we’ll have much more to discuss, including Retro/Grade’s support for guitar controllers!