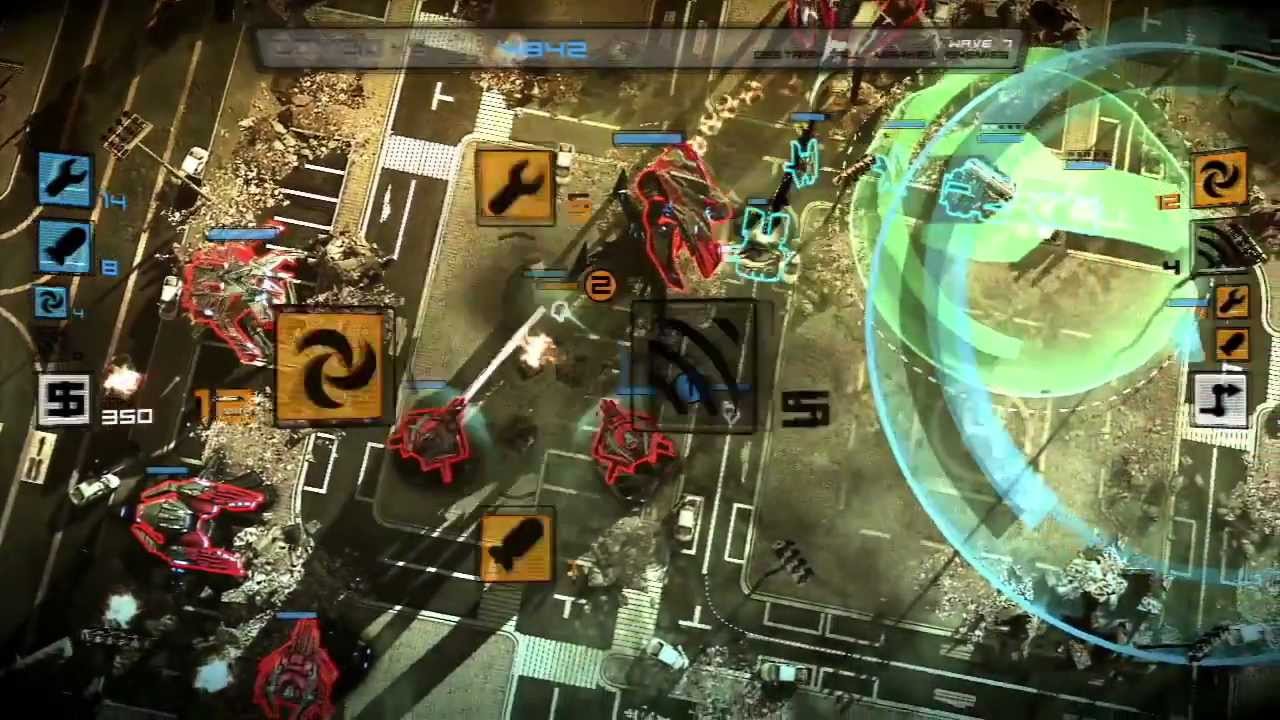 Hello everyone, Paweł Miechowski from 11 bit studios here to tell you about our original strategy game Anomaly: Warzone Earth, which is due on PlayStation Network before the end of summer.

Anomaly is truly… an anomaly. It’s a strategy game perfectly suited for console gaming. Let me explain how that works. In the near future, an alien spaceship crashes on Earth and splits into two separate parts. One falls to Baghdad, while the other lands in Tokyo. A huge dome emerges above each site, separating the cities from the outside world. No one knows what’s going on inside, so the domes become known as Anomalies.

You play as the Commander, sent on a mission to investigate what’s happened at the Baghdad Anomaly. Once inside, you discover alien war machines destroying everything in their path. Essentially, Anomaly: Warzone Earth is a “tower offense” game, tipping the tower defense genre on its head. Rather than managing units to fight off invading forces, you take control of the attackers, creating and controlling your armored troops. The game will be familiar to fans of the top-down RTS genre, but it also adds its own unique features, like a Tactical View where you plan for upcoming assaults.

To make a strategy game work well on console, we’ve put you — the Commander — straight into the thick of the conflict to emphasize the action element. You control him directly, supporting the squad in battle with a variety of abilities. For example, Repair lets you heal units, while Smoke Screen lays down cover for them.

One really cool feature in the PS3 version is an exclusive local co-op mode which allows two Commanders to support each other in battle. One is responsible for controlling the armor units while the other plans the strategy. Both get into the action and are able to boost their abilities in the battle. This new feature increases the pace of the game, making it even more frantic. We hope to share the price and release date for Anomaly: Warzone Earth soon — stay with us on Facebook and Twitter for more details as they are released.