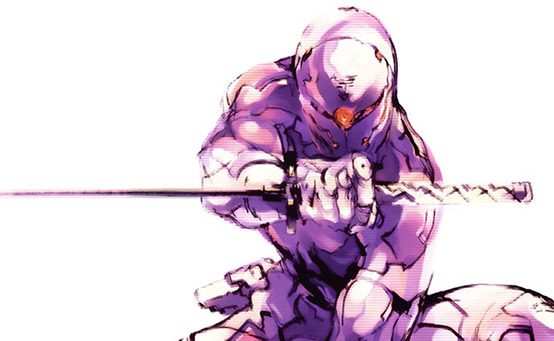 One of the worst ways to realize you’re getting old is when something you hold dear reaches a certain age. That being said, Metal Gear celebrates its 25th anniversary this month.

The Metal Gear series, although not originally created for PlayStation consoles, began to reach its current level of popularity in 1998 when Metal Gear Solid was released on the original PlayStation.

We met with Hideo Kojima to talk about his thoughts on the series’ landmark games, and to discuss what’s in store for the future’s franchise.

Hideo Kojima: This is the year I began working in the video game industry, as a game designer and planner. I was very young — among the first generation in the industry in Japan. I had already built up a certain reputation when I started as an employee, but the first game on which I worked for half a year was cancelled. We didn’t know when we were going to finish it, and one day my superiors called me to inform me they we cancelling it.

I thought about leaving the company and looking for other work, but they offered me the chance to develop a combat game for the MSX. The result of this offer was the first Metal Gear. It was launched exactly 25 years ago. It is well known that the MSX had many technical limitations, and I didn’t want to make war games. So I decided to create something similar to The Great Escape — something involving an escape — and in the end I made an espionage game.

Metal Gear received good reviews, and as the planner I had to create some drawings for the game. I didn’t have many tools, so I had to go to the programmers and tell them exactly what I had in mind and what I wanted them to do.

Back then, programmers made the final decisions, rather than the planners, which bothered me a lot. I wanted to have the final say on the games I was creating, so I asked for a script system to be made so I could input sounds and animations whenever I liked. This is how Snatcher was born.

Hideo Kojima: I was making games like Policenauts, and I heard rumors about a console on which polygons could be created in real time. This really grabbed my attention, since one of the major attractions of games is the sensation of action, and I was intrigued to see what I could achieve with those polygons. Metal Gear is a hide-and-seek game, and the thought of doing this while adding a camera that could change position really excited me. So I stopped making script-based games and went back to asking for favors from programmers for this 3D world.

At Kojima Productions I’m a director, producer, and designer of video games; I have control over the budget, and more say in what to do or what not to do, especially regarding hiring. In fact, the people who worked on the first Metal Gear Solid are still the core of Kojima Productions.

Hideo Kojima: Metal Gear Solid sold well throughout the world; it was a great success. When I heard about the hardware for the PlayStation 2, I wanted to try something new. Up to that point, all cutscenes had focused more on details like facial expressions, but I wanted to pay more attention to the surroundings, to see how much I could change them in real time. Current games like Call of Duty have followed this trend of making your surroundings more realistic.

Since Metal Gear Solid sold very well, I had a bigger budget for MGS2, so I was able to work with people like Harry Gregson-Williams, with whom I had wanted to work for some time, but had always been told the funds weren’t available. We were under a lot of pressure, but at the same time I enjoyed the creative freedom I had in making the game.

We were also able to promote the game in parallel to its production. I remember at E3 2000 we received a standing ovation, which I really enjoyed. Looking back, I have fond memories of the development of Metal Gear Solid 2.

Hideo Kojima: While MGS2 sold well, many fans of Snake were upset that Raiden was the main protagonist; we received a lot of complaints about that. There were also comments about the story unfolding too quickly; it created quite a stir. With this in mind, we created Snake Eater.

At the time, I was not just a designer but also a manager, in charge of the studio. We were therefore able to develop several projects at once, such as Boktai, Zone of the Enders, and The Twin Snakes. I thought it would be very hard for me to develop Snake Eater as the lead creator, so I tried to delegate responsibilities to younger employees in the studio. In the end it couldn’t be done, but it was my first attempt in doing it.

After MGS3 was finished, in order to make it clear that the next Metal Gear would not be directed by me, while on tour in Europe we announced that the next director would be Alan Smith, an alias.

Hideo Kojima: The PlayStation 3 was quite a complex system; games had to be developed in three levels. By the end of the Metal Gear Solid 4 project we had nearly 200 people working on it, with three directors (although often they were directors in name only, and I ended up doing a lot). This is why the game was delayed.

We made MGS4 according to a very Japanese method. At the time, the trend was for open-world games, but we decided to pay no attention to this and take another path. I already felt the need to create something similar to what we are doing with the Fox Engine.

In order to develop the Fox Engine, I had to understand how things worked elsewhere, so for a year and a half I visited studios around the world, and since we are Japanese people we were able to see the way others worked and recognize that in many respects their methods were better than ours.

Since the Fox Engine was going to take a lot of time to create, at the same time we began working on Peace Walker.

Hideo Kojima: We did not only develop Peace Walker for the PSP because it was a popular console in Japan, but also because we had the concept of Transfarring in mind, so as a test we developed it on the PSP. Transfarring is now up and running, but it was something we had planned since the very beginning.

I think Peace Walker was a success. We were able to accomplish much of what I wanted, for example the whole social aspect which we had not achieved on the PS3. With simpler hardware, we were able to focus on doing things we had been wanting to try.

Hideo Kojima: The Fox Engine is nearly finished, but the only way to be sure it works is to create a game at the same time and improve the engine with our tools as we go along. Originally we were going to do this for Metal Gear Rising: Revengeance, but a lot happened along the way and instead it is being made with the engine they have at Platinum Games.

Production studios in Japan are nearly extinct, a fact that we have recognized for nearly 10 years, and although the Fox Engine is not finished we are ready to show what it can do… on August 30th in Japan to be more specific.