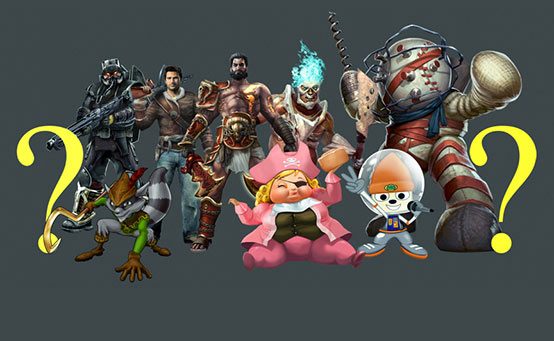 It’s only been a few weeks since E3, and the Internet has been set ablaze with anticipation for PlayStation All-Stars Battle Royale! We announced new fighters Nathan Drake and Big Daddy, and that PlayStation All-Stars will have a PlayStation Vita release when it launches later this year – so you’ll be able to take the battle with you on the go, or experience cross-platform matches against your friends whether you’re playing on PS3 or PS Vita.

We’ve been thrilled to hear all of the great responses to the news about the game so far, and have been reading all of your questions and comments on the blogs and forums. While we’ll get to answering all of them soon enough, today we’re going to be answering a couple of the more popular ones: “Why pre-order?” and “When is the game coming out?”

Aside from making sure you’ve got a copy on day one, pre-ordering will snag you an exclusive set of costumes for all of the characters in the game! Here are the outfits for the roster so far, but be sure to check back in with us later when we unveil them all.

We’ve revealed eight characters already, but you’ll have to wait until our announcement later today to see who else will be in the ring. We will be unveiling two new characters during our Exhibition Presentation at EVO in Las Vegas this evening at 6:00pm PST. So if you’re in town for the tournament, stop by and check us out or tune in to the PS.Blog for more information.

When the game launches, you’ll have plenty of opportunities to unlock multiple costumes for each character, but these exclusive costumes will only be available if you pre-order. And yes, they’ll be available right when you start playing the game!

I’ll leave you with one last update: PlayStation All-Stars Battle Royale will be launching on October 23rd, 2012! We’ll have plenty more details on the game — including pricing for both the PS3 and PS Vita versions — soon enough, but we wanted to give you a date to mark on your calendars. Be sure to head over to a participating retailer to reserve your copy today!