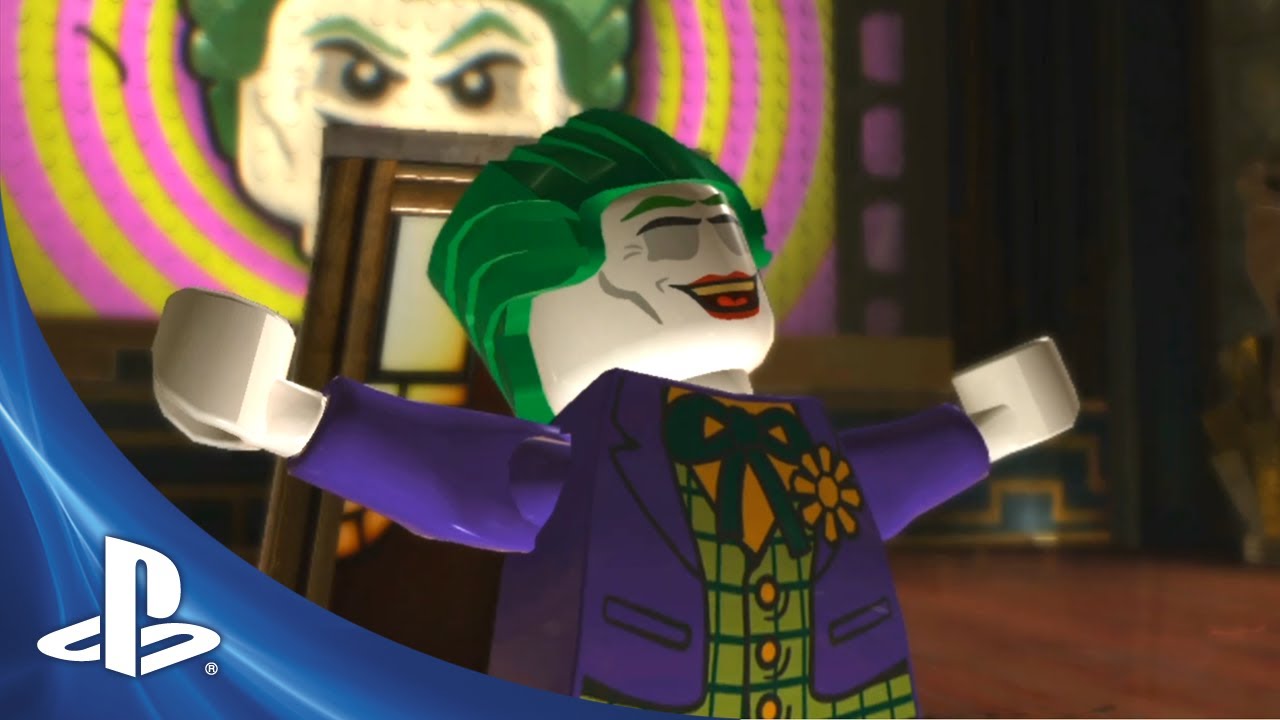 After seeing Lego Batman 2: DC Superheroes at GDC this year, then playing the PS Vita version at E3, I’ve found myself anticipating its imminent release (it’s out today). With a huge Gotham City hub world and a cast that reaches far beyond the Caped Crusader, Lego Batman 2 appears to be the most ambitious entry in the venerable Lego series. A few days ago I caught up with Matthew Ellison, a producer at TT Games via transatlantic cable, er, telephone. We talked at length about PS Vita, the plethora of playable DC heroes, and… bat nipples.

Jeff Rubenstein, PlayStation.Blog: After seeing this game over the past few months, it seems that the title “Lego Batman 2” really sells the game short…

Matthew Ellison, TT Games: This is a sequel to the first game (Lego Batman: The Videogame), and that’s a key point for us. We’ve learned lessons with the first game and when we wanted to make Lego Batman 2, the idea of bringing in Superman and other Justice League characters just seemed like a great way to improve what is an original story. The story basically has Batman, Superman, and Robin teaming up to take on Lex Luthor and the Joker, so we’re bringing all these characters together and the different relationships that they have is something that we’ve loved getting to work with. Batman and Superman are in the story throughout, but we have these other Justice League characters who play a part towards the end of the story.

PSB: Beyond the breadth of characters, which is a common thread in Lego games, this seems to be the most ambitious Lego game from a design perspective.

TTG:The Gotham City hub is on a different scale to anything we’ve ever done in the past. To be able to create a Lego version of Gotham City — which is still quite a dreary, dark place — we’ve been able to put a Lego spin on it that gives it a different feel to previous representations of Gotham City. Hopefully we’ll surprise people with that once they play it. PSB: Of course people will be eager to try out Batman, with his plethora of tools, or Superman, who can fly. Who’s the sleeper character that people should be looking out for?

TTG: The Flash is one that instantly jumps to mind. He’s got super speed, naturally, and it’s really, really cool to run around, especially in the hub where you realize how quickly he’s moving, jumping around and collecting studs at super speed. Green Lantern seems to be very popular among the people we’ve shown him so far. Any green Lego you find in the game, he’s the only character that can interact with that Lego, so that’s unique to him. And he can build objects that no other character can build thanks to his ring. Cyborg is another one that’s pretty cool. Much like Superman’s heat vision, he’s got laser eyes, and he can climb up magnetic walls. And there’s a number of flying characters as well. Flying’s quite cool in the game. PSB: This is your second PS Vita game, with a third in development (Lego The Lord of the Rings). What have you learned from Lego Harry Potter Years 5-7 that you’re applying in these next two announced PS Vita titles?

TTG: We have been learning very quickly on Vita. Harry Potter was a very good learning experience, because whenever a new platform comes out it takes some time to get the grips on how to get the most out of it. Just simply from a development point of view, learning all the tricks and how to optimize things and get the best results does take a little bit of time and can’t be, or is rarely, done the first time. The guys at TT Fusion make our handheld games, so all the tips and tricks to get the graphics looking sharper and so on have been learned from previous titles so we’re able to put together a higher quality game, and enhance it further as we move forward working with the platform.

The other thing with Vita is it has a few extra features. We’re using “near” functionality, we also have front touchscreen and rear touchscreen for targeting, like Batman’s Batarang, for example.

PSB: How are you using “near”? Do you mind elaborating?

TTG: The way the feature works is that when in game you can go up to the Batcomputer in the Batcave and choose an item or character that you have unlocked and set it as a gift. Anyone that then goes to that geographical location can obtain the gift.

PSB: We put a note out on Twitter asking for some questions, and we had a couple of funny ones — one reader thanked you for not including “Bat nipples” on the costume – not a fan of the Joel Schumacher movie, I guess.

TTG: To that point, with the character designs, we do work closely with DC. The character outfits, a lot of those decisions will come from talking to DC and how they want characters to appear. We also obviously work very closely with Lego, so where there’s a Lego toy available, we’ll use their design for the toy wherever possible. The idea behind that is simply when kids have the mini-figs in the toy set, they like to see the toys come to life in the video games.

PSB: The other question that came through on Twitter — by about 90% of the respondents — is how similar is the PS Vita version to the PS3 version?

TTG: There are quite a few differences between the PS3 and the PS Vita version. The things that are the same are the story, which is told through cutscenes primarily, and those cutscenes are shared between the versions. The other things that are the same, more or less, are the levels. There is one level in the console game which doesn’t appear on the handheld due to technical limitations. The console game does have the big Gotham City hub, while the handheld has the Batcave hub, but the thing that the handheld game does have is the JLA mode, which is basically bonus missions. There are five bonus missions, and each one is divided into eight different rounds where you take control of a different Justice League character. You’ll either have to have a big fight with a series of enemies, or have to cross some platforms or just get into a different mode. So there’ll be sort of challenges that make up this Justice League mode, and that seems to be something that’ll be very popular. PSB:You’ve done quite a few of these games – what have you found that people want in a Lego game?

TTG: I think the thing that people want most is, working with the different IPs people love to see how the stories are told through Lego. Our games are very much character driven, I think, and the personalities of those characters and how they interact with each other. For example, the relationship between Superman and Batman in the game. Superman is quite brash and arrogant and Batman doesn’t want any of Superman’s help, and a lot of the humor comes from that relationship and how they interact with each other. I think people like seeing that in our games.

Lego Batman 2: DC Superheroes ships for PS3 and PS Vita today. The Vita version will be available for download later today on the PlayStation Store. Of note, the Vita version of the game will feature ad hoc multiplayer support for the campaign, and couch co-op on PS3.