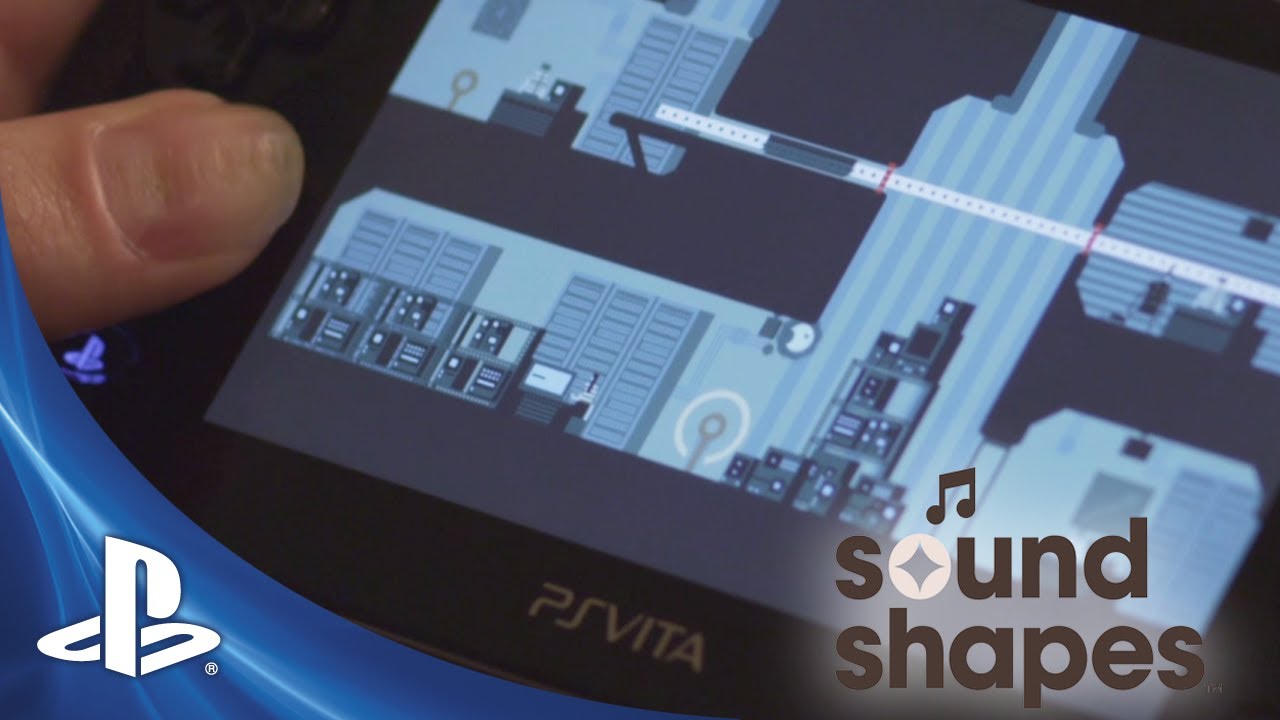 Look, E3 is here, and we know there’s all kinds of hot news coming at you from everywhere. So over here at Queasy HQ, we’ve decided to kick things off a little early with pretty much the biggest announcement we’re allowed to give you right now: Sound Shapes is coming to PSN on August 7th. That’s… like… a few weeks away! Are you breathing into a paper bag right now to avoid hyperventilating? We are, which is making it kind of hard to type. And if you’re not, you should be, because we’re also taking this opportunity to sneak out the fact that Sound Shapes is, day-and-date, also coming to PS3.

Yes. That thing you have under your TV, or maybe beside it (or possibly on top, but that sounds kind of dangerous, man!). And no, we haven’t been looking in your windows; we’ve been too busy making Sound Shapes and pricing it at $14.99 for BOTH VERSIONS. Buy it on PS Vita or PS3, and enjoy it on either system! We know. We’re freaking out too!

Through the magic of crossplay, you’ll be able to share content between the two systems without even having to really think about it. It’s all thanks to the “cloud” which floats above us like a benevolent data god. Save your campaign data up in the cloud, and download and resume on either platform. Maybe you’ll start creating a song at home on the PS3, but then decide that it’s not really the place to compose your latest masterpiece! Just download it to your PS Vita and make some beats on the bus. Then get off the bus several stops late, in a part of town you don’t know that well, and make some beats there! Then get another bus home, probably.

Oh, and the community is completely shared, so if a friend only has a PS3, or you only have a PS Vita (or any permutation of that) they can still see the levels you’ve made on the other system. And you can therefore see ALL the levels everyone has made and uploaded. Which will hopefully be a ton of levels. We’re really looking forward to what you guys do.

In fact, let’s talk about this a bit: You might be aware that we’ve been collaborating with visual artists and musicians for our campaign levels, and most recently revealed that our pals Superbrothers and Jim Guthrie provided the art and music for Corporeal, a four-song concept album that explores the way in which music can free us from the corporate machine… if it doesn’t crush us first.

It’s been a lot of fun working with those guys and we’re really happy with the way the levels have turned out. They mix up the gameplay and offer a classic Jim Guthrie soundscape that’s a fun contrast to other campaigns. And while the levels themselves are cool, it’s super fun to play with all of the music and graphics in the editor–everything, and we mean everything, from the campaign records can be mixed and mashed up with other records to create your own tunes and levels.

Anyway, here’s a video we made in Jim’s basement where he attempts to clear the levels in his own album (spoiler: he dies). There is also a demo of how the loop-based music system works for remixing campaign tracks in the editor mode. Also featured: One of Jim’s, like, 18 cats. He likes cats.


Is it too late to change the album title to “Chicken Dinner?” The answer is yes. Yes, it is too late.

If you’re coming to E3, we hope you come by and check out Sound Shapes. We’ll have both PS Vita and PS3 on the floor with content from four of our campaign records and we’ll be showing the cross functionality between the two versions. If you can’t make it to E3, that’s okay because if you didn’t notice the game is out on August 7th. Just spend that time regulating your breathing with a paper bag and you’ll be fine.

Alright, back to it. ALMOST DONE! (Seriously, we are almost done making the game.)

Want to see the PS3 version of Sound Shapes in action? Be sure to tune into our E3 2012 livestream — we’ll be showing it off live at 5:30pm Pacific Time during the countdown to PlayStation’s E3 press conference!