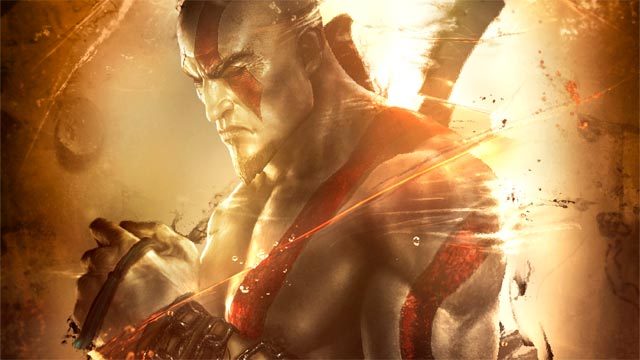 God of War fans, our journey to Ascension begins now! We just showcased the worldwide premiere of our single-player experience for God of War: Ascension on the grandest E3 stage of them all – the PlayStation E3 press conference. The story behind God of War: Ascension tells the journey of Kratos’ redemption from his past sins and the rise of his rage to break free from Ares bond. Our team is excited to explore the tormented past and psyche of Kratos and showcase his journey with a bevy of signature gameplay features, combat advancements, and epic “bigger than life” moments. We’ve been tucked away working hard here at Sony Santa Monica, and we are super excited to inform you that God of War: Ascension will be unleashing on PS3 on March 12, 2013. We’ve got a long road ahead of us, but the whole team here at Sony Santa Monica Studios is dedicated to making this the biggest and best God of War yet. Be sure to follow our journey at www.godofwar.com. Now about that single-player demo…

In the single-player demo we showed off some of our new gameplay mechanics and combat systems. We’ve evolved our combat system to be more immersive and powerful than ever with a new tether system allowing you to sling enemies around as a wrecking ball, while maintaining a blade attack at the same time, in the air and the ground. Our new world weapon system also allows Kratos to steal enemies’ weapons to use against them. Now you can now easily switch back and forth between the blades and sub-weapons mid combo.

Also, if you watched the demo closely, you’ll notice that we’ve replaced some of our QTE mini-game button prompts with a new prompt-less free-form system. While in the mini-game, you’ll need to focus when to attack or dodge based off of the enemies actions, instead of an indicated button prompt.

We also showcased our new Life Cycle mechanic. Kratos can use this new ability to control the flow of time on various objects in the environments to solve puzzles, and freeze enemies during combat. Watch the demo for a better illustration of this.

For those of you with 3D-compatible TVs, you’ll be able to feel up close and brutally personal with Kratos as God of War: Ascension is going with 3D. We are creating the game in an intelligent way for 3D and not just a converted experience.

If you’re going to be amidst the E3 craziness, don’t leave the LA Convention Center without stopping by the Sony booth to check out God of War: Ascension. This will be the first time that anyone, press or otherwise, will be getting their hands on our multiplayer game. We’re pumped to get people’s first impressions and feedback.

If you want to catch a glimpse of God of War: Ascension throughout the week of E3, you can start by tune into SPIKE tonight at 8:00pm Pacific Time for an interview and peek at what fans can look forward to getting their hands on at the PlayStation booth. We will also be kicking off G4’s live E3 coverage on Tuesday at 1:00pm , and will be appearing in various LIVE shows on IGN, GameSpot, Machinima, the PlayStation.Blog, and of course collating every bit of God of War news at www.godofwar.com, throughout the week. We’ll have some more details to spill, so be sure to tune in and follow us.

Last time around for God of War III, our Ultimate Collector’s Edition took our fans by storm, so we are pleased to announce a truly special Collector’s Edition again for God of War: Ascension. We know you’ve been asking for the ultimate collectible, a Kratos statue, that will be the prized 8” centerpiece of this edition. The CE is also jam-packed in a premium steel book game case, with the official game soundtrack (digital version), a PS3 dynamic theme and PSN avatar pack, double XP points for multiplayer (more on that later), and a DLC pass to unlock all future DLC releases at no additional cost. The team is working hard on a dedicated post-launch multiplayer experience, XP and DLC are going to be treasures you will want. Get started with the Collector’s Edition. You’ll be able to pick up the Collector’s Edition for just $79.99 on March 12 next year. We’ll have more information and pictures of the content in the near future, so hang tight.

The Collector’s Edition will be limited, so make sure you pre-order it early. We would hate for you to miss out on it! For pre-ordering either the standard or Collector’s Edition, you’ll be able to pick up our Mythological Heroes Multiplayer DLC Pack as well. This is a universal pre-order item, so you can pre-order at any participating retailer and get the DLC pack.

We’ve got a long E3 week ahead of us, but we always love reading what our fans worldwide have to say. Your passion is incomparable! We’re stoked to hear your feedback and comments, or just flat out excitement. Follow and tweet to me @ToddPapy or @SonySantaMonica for all the latest, and definitely hit up our website. The countdown to March 12th begins now!

Like us over on Facebook to stay up to date with the latest GOW news and community updates or join us at www.godofwar.com.