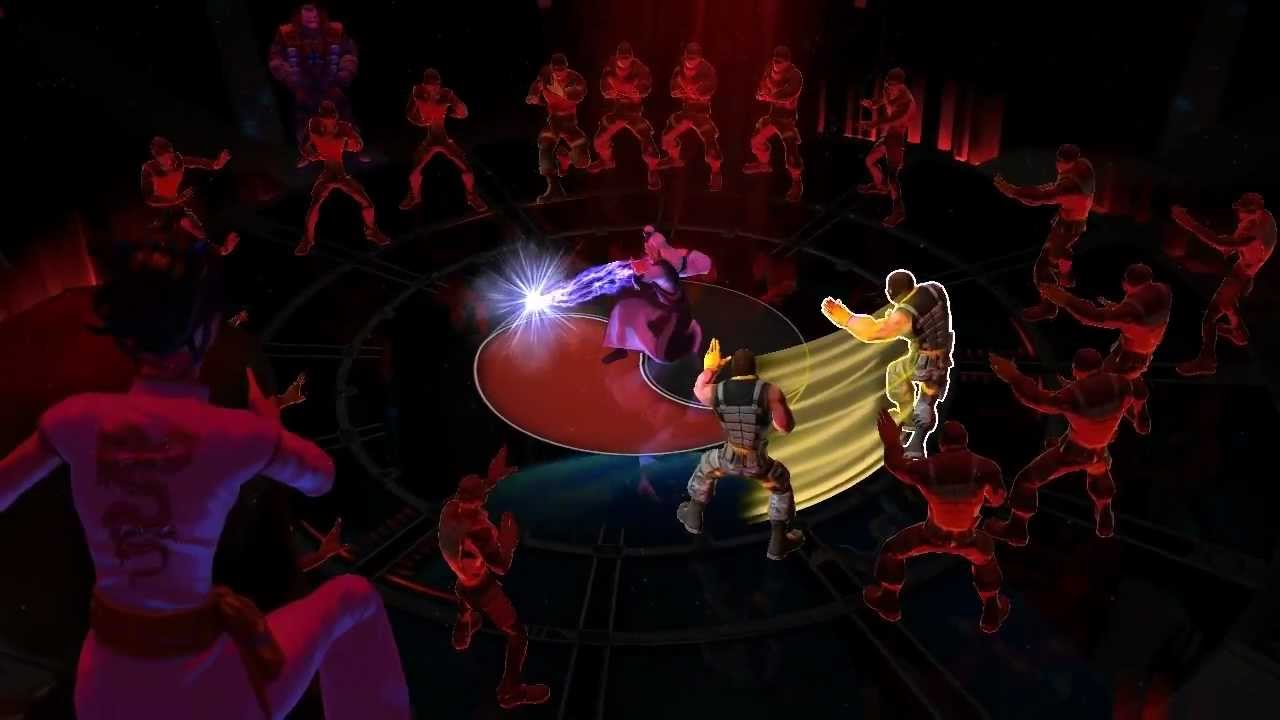 Hello, PlayStation fans! I’m very excited to tell you about our new game: KickBeat. It’s a music game; it just doesn’t look like one. Check it out, and then after the jump I’ll tell you about how it works and some of the development history.

Music games have a long tradition of innovation. From the peripheral-based games like Guitar Hero and Dance Dance Revolution to controller-based ones like Frequency and Patapon, these games allow us to experience music in new and often unexpected ways.

KickBeat follows in the tradition of this type of music game. Although its beat-matching mechanic is not complex and will be familiar to fans of the music game genre, KickBeat does a couple things that make it different from anything else you’ve played…and with publishers afraid to do anything except sequels to dance games, what better time than now to give the genre a kick in the pants? The first thing about KickBeat that is immediately visible is its fighting theme. If you watch the old Hong Kong kung fu movies, you’ve probably noticed that the fight choreography is heavily rhythmic. We noticed that, too, and figured it would be a good theme for a beat-matching game. Combine the martial arts theme with heavy, aggressive music that goes well with punching and kicking, and you’ve got a game with a little more edge than the ones where you get jiggy to the the latest autotuned pop hit (not that there’s anything wrong with that, especially with friends and/or limited sobriety).

Second, we got rid of the bars, arrows, and button icons that other music games rely on for action cues and replaced them with fully 3D animated characters. Instead of just seeing characters in the background moving to a preset script as eye candy while the actual gameplay takes place in an abstract 2D interface, you actually control and react to those 3D characters. That means you actually get to focus your attention on what those characters are doing! As you play the game, you’re creating your own fight sequence with your button presses (or screen touches). We also even let you get rid of all the other interface parts (such as score) if you like, so that there are no distractions from the action. As you may have gathered from the trailer, enemies circle around you before attacking from one or more of the four cardinal directions. Their attacks are synched to the song’s beat and to other high-energy moments in the music: guitars, vocals, and so on. To defeat one, you just press the button corresponding to their direction at the correct time (right as they move in to attack you). For example, when an enemy attacks from the right, you press the right direction button or the Circle button to send them sprawling. You can also just use the touch screen – tap the portion of the screen where the enemy is attacking from, and you’ll get the same result. Two or three enemies at once? No problem! Just press all the appropriate buttons/regions at once. You can use both the directional and face buttons simultaneously, an essential skill to learn once you get to the expert difficulty levels and you’re beset by a constant stream of enemies.

Now that you’ve got the basics, let me tell you a little bit more about the game’s history. It’s been around in idea form since 2006, and we started development on it in 2009 – an exciting time for me, as it’s my first original game idea to be put into production. Yep, KickBeat is my baby!

Although the game concept is a very simple one, it turned out that it’s a really, really hard game to make. Because animations take a certain amount of time to play, it’s very difficult to give them the instantaneous response time that you need in a beat-matching game, while still keeping the motion believable. We started out by motion-capturing a martial arts champion, only to realize later that none of it would be usable for the game. Essentially, we had to start over on the animation system – but this time, we knew the problems we’d come across and designed the system to overcome them. As a result, almost 100% of the animations in the game are hand-animated, no small task for a game that needs as many animations as ours. And I think the animators did a fantastic job of creating a martial arts style that is acrobatic, fluid, responsive, and just plain fun to watch. Selecting the music for KickBeat’s hard-hitting soundtrack was an equally daunting task, but very rewarding when you manage to find that perfect track or hidden gem and get a deal signed. We didn’t get every song we wanted – I really wanted the Beastie Boys’ “Sabotage,” for example, but it didn’t work out. However, those setbacks just made us look harder to find great music in unlikely places. We ended up with 18 tracks across multiple genres (mostly drum & bass, rock, and hip-hop), from big names like Pendulum and Rob Zombie to some stuff you probably haven’t heard before. The most unusual? A track from Shen Yi, a Taiwanese rapper – yes, it’s in Mandarin, and yes, it is awesome.

We also thought it would be fun to be able to put your own music into the game – that was my favorite feature in Audiosurf. We’ve got a feature that will allow you to do just that, with no scripting on your part required – just put in a couple pieces of info, customize a couple settings to your taste, and the game creates a new level for you to play.

One other part of the game I want to mention is the story. Because we’ve put all this effort into making characters a central focus of the game, we needed to give these characters a human touch. Otherwise, they’re just animated props. Our story revolves around a lovestruck and unlikely hero drawn into a battle for control of the world’s music. It’s lighthearted fare, but we’ve done a bunch of hand drawn and fully voiced sequences that really bring the characters to life. Well, there you have it. KickBeat will release this year, exclusively on PS Vita. It’s a real thrill to finally be able to talk about the game after working on it so long, and I can’t wait to see what you all think of it! We will be showing the game at E3, so there will be more news surfacing soon. You can also catch me on last week’s PlayStation Blogcast talking a little bit about the game.