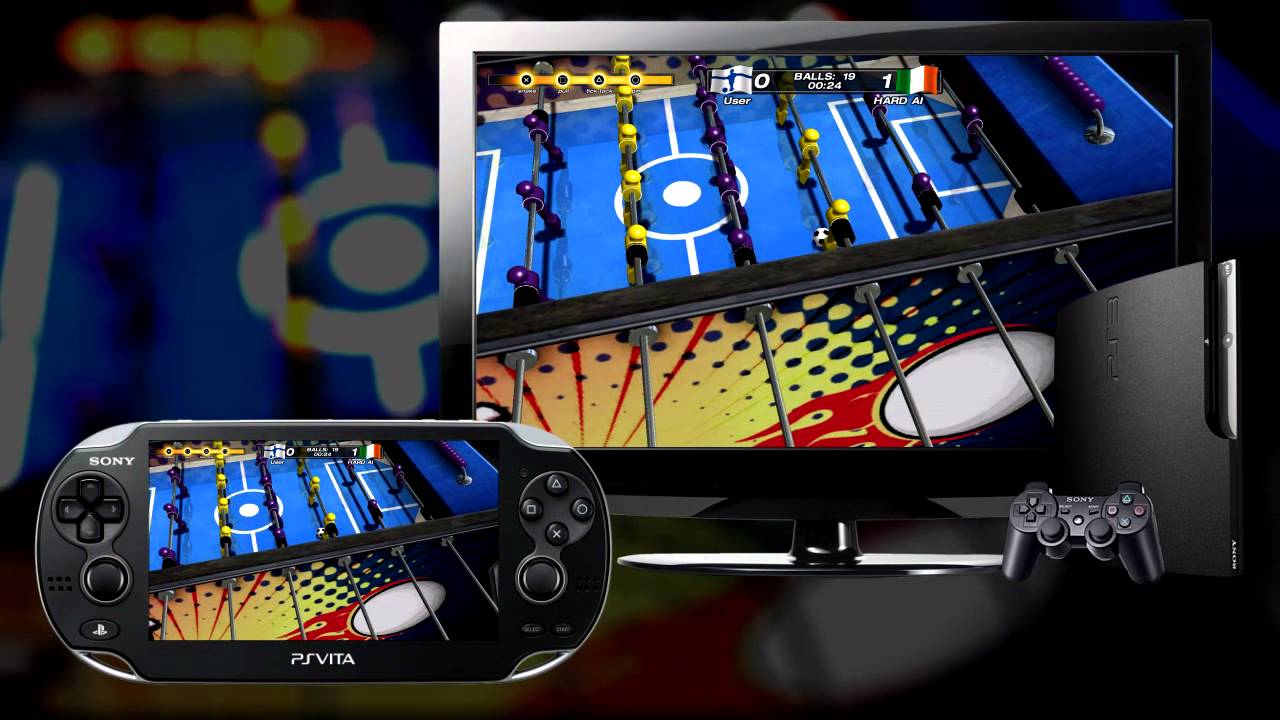 I’m back to share more details about Foosball 2012! Specifically, to introduce the cross-platform functionalities between PS3 and PS Vita. We didn’t want to have a game that has a version for PS3 and a separate version for PS Vita. We wanted an experience where you don’t need to worry about which device you are currently using, because you get exactly the same game — including your current progress, unlocks, and DLC — every time you play, regardless of whether you are currently on PS3 or PS Vita.

Secondly, when you play the game, your saves are automatically uploaded to a cloud storage within PSN and synchronized between PS3 and PS Vita. Whenever you start the game, the progress you made on any platform, including the online multiplayer statistics and Trophies, is right there and automatically synchronized.

Finally, PS3 players and PS Vita players can play online matches against each other! And even if you own only one of the devices, you will still be able to play against the people who play on the other device. So it’s pretty safe to say that there will always be someone to play with!

Foosball 2012 will be released soon on the PlayStation Store. For more details about the game visit the official web page, or follow us on Twitter or Facebook.

In our final developer diary video next week, I will share details about the game’s various single-player and multiplayer play modes. See you soon!