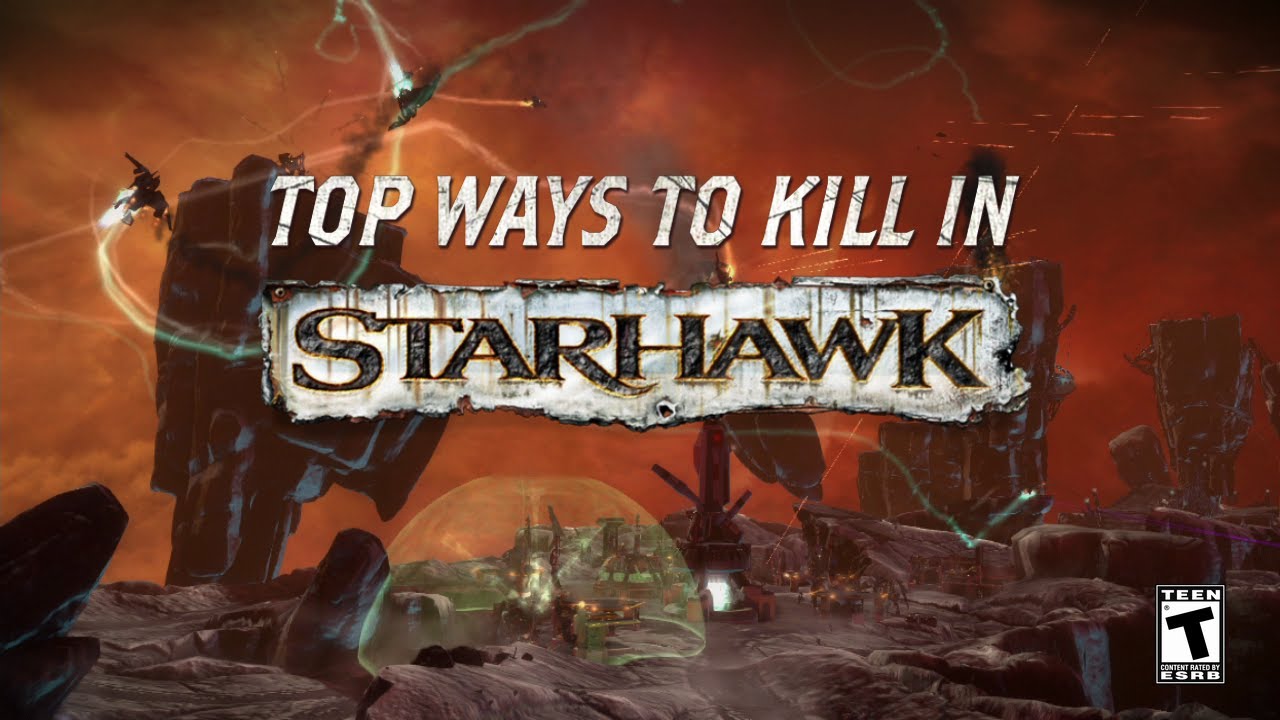 5 more days till Starhawk drops in-stores! As you can imagine we are pretty excited in the office that everyone will get to finally experience the GLORY that we call the POD KILL. “What’s a POD KILL?” you ask? Well let me demonstrate-

The POD KILL, is one of many inventive ways to take out your enemy in Starhawk. Even if you have been playing shooters for years, you’ll be surprised at how many new ways you can be take out your enemy (and get completed served as well). And the fun is when you find a new way to kill, you can name it!

Whether you call it THE HEADS UP, THE MANCAKE, or THE PROPERTY DAMAGE, you haven’t lived until you have dropped a building on someone’s head. (We also like to call that getting “Dorothy’d”) With that in mind, it’s time to plan your path to PLATINUM with the full, official PSN Trophies list, and some tips to get them. See you ONLINE in 5 DAYS! (and if you haven’t pre-ordered yet- CHECK OUT THE GOODIES YOU GET!)