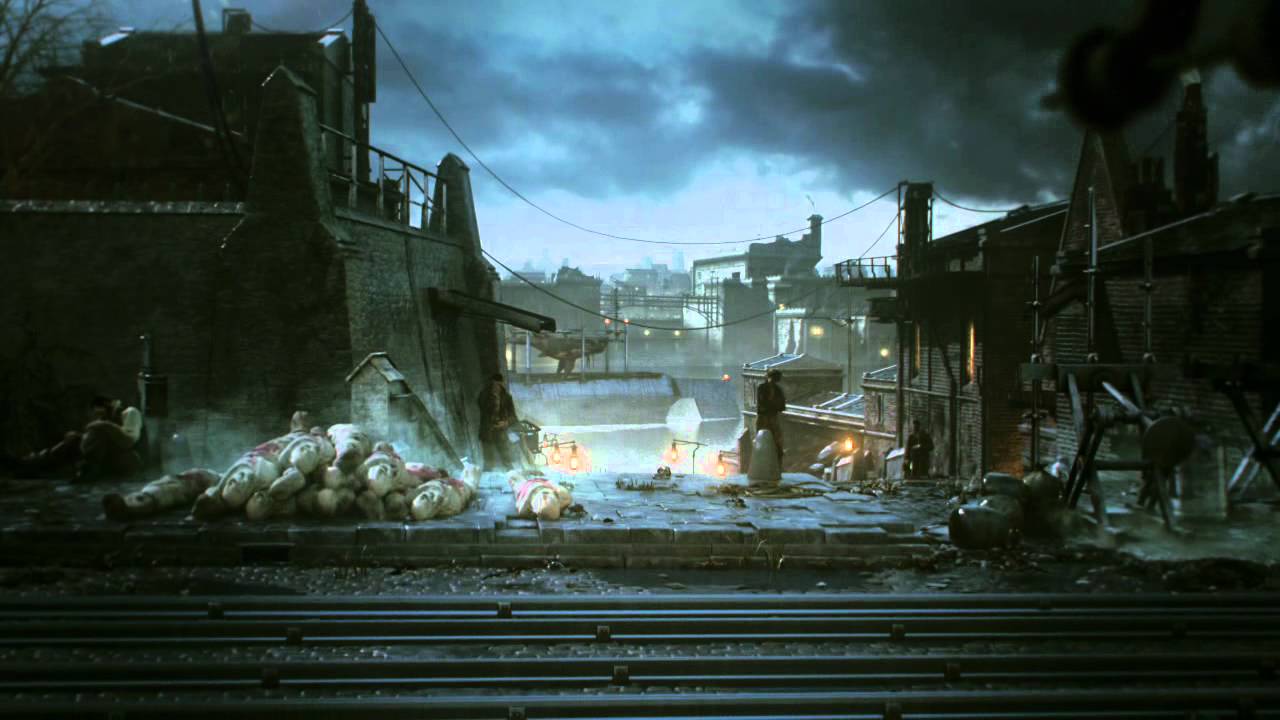 rats. Big, evil ones that prowl in packs and can rend a man’s flesh from his screaming bones. But killer rats are the least of your worries in the dark world of Dishonored, an imaginative action-adventure from Arkane Studios and Bethesda coming to PS3 later this year. The game nimbly blends inspirations from a pantheon of modern classics: The oppressive atmosphere and paranoid politicking of BioShock, the graceful bloodletting of Assassin’s Creed, the murky morality of Deus Ex, the stealth and shadow of Thief. This is a game about skulking in dark places, eavesdropping on secret conversations, setting up the perfect ambush and beating a hasty retreat.

You play as Corvo, an elite royal bodyguard wrongly accused of assassinating the Empress of Dunwall. Locked in a prison and left to rot, you’re sprung by a shadowy benefactor and set loose to claim your revenge in whatever manner you see fit. Though Corvo is a convincing protagonist the real star here is the city of Dunwall, a crumbling seaport perched over a vast and malignant ocean. Dunwall’s decaying decor is the handiwork of the man behind Half-Life 2’s iconic City 17, and the attention to detail is palpable: Steampunk carriages slide down cobblestone streets as stormtroopers patrol atop giant biomechanical stilts. It’s old and new, weird and familiar, beautiful and grotesque all at the same time. If you liked BioShock’s Rapture, you’re gonna love this.

Touched by an amoral deity called the Outsider, Corvo now wields an array of supernatural abilities, everything from teleportation and time dilation to summoning hordes of voracious rats and pushing projectiles back at enemies. One supernatural talent enables you to enter the body of a fish or rat, handy for infiltrating a building via a drain pipe or access panel. In combat, Corvo has little to fear, being a master swordsman and pistol marksman. Exotic ammunition types (explosive bullets, tranquilizer darts) and gadgets such as grenades and proximity mines further expand the possibilities. As in Deus Ex you can strike openly, spilling beaucoup buckets of blood in the process, or pull your punches by quietly choking out enemies and tucking their snoozing bodies safely away.

Whether you coldly kill adversaries or show mercy will have consequences on the game’s story — the Outsider himself is curious to see which path you follow. It will also factor in the moment-to-moment gameplay: snuff out a guard and his buddy might alter his patrol route to cover the gap, potentially disrupting your carefully laid plans. But whichever way you play will be the “right” way to play — Arkane’s goal is to put players in full control of the game’s pacing.

As you unravel the conspiracy behind the Empress’ assassination and an apparent military coup, you’ll meet a host of sketchy characters, from members of a secretive resistance movement to spoiled aristocrats and plague-stricken townspeople. Some will become targets of your wrath and will need to be dealt with accordingly, while others will provide valuable information or services.

If Dishonored sounds like your cup of tea, check back early tomorrow for the next episode of Official PlayStation Blogcast and an interview with co-directors Harvey Smith and Raf Colantonio. Have questions about the game right now? Sound off in the comments and I’ll pass along what I know!