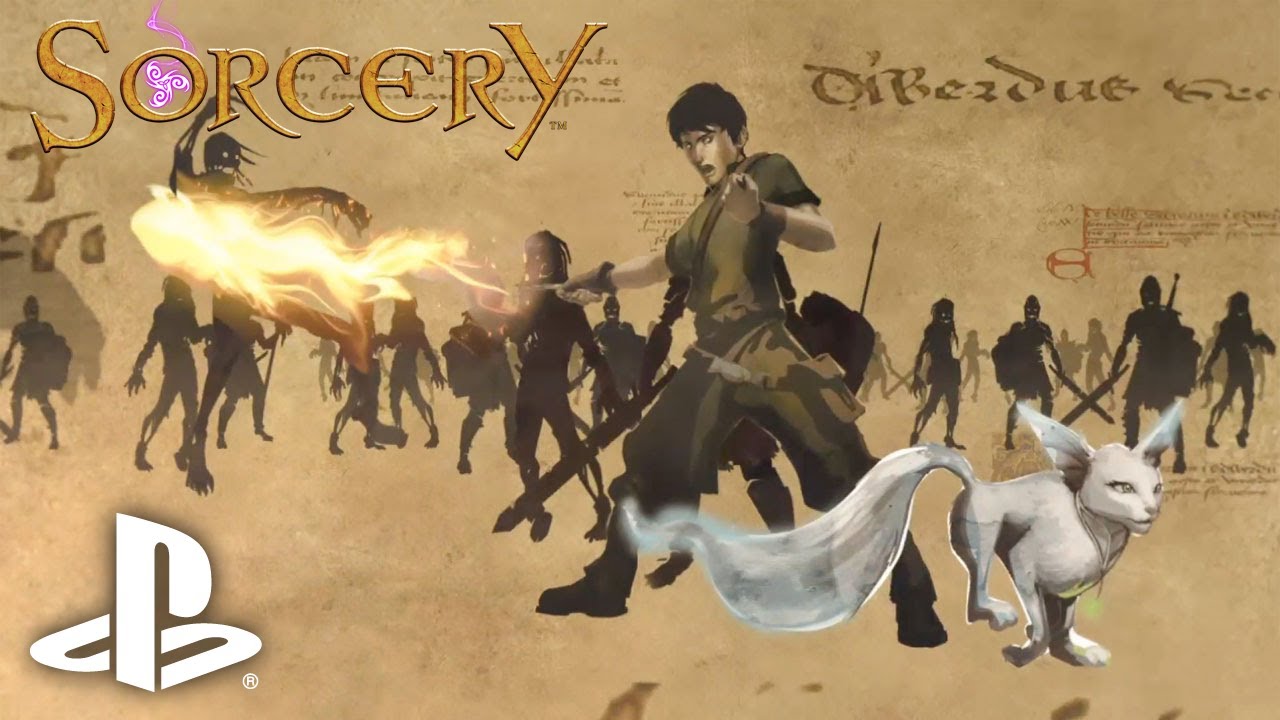 Now that we’re a month out from the May 22nd launch of Sorcery, I’m pleased to show off our final box art, along a brand new trailer that dives in the story behind this much anticipated PlayStation Move title. Some elements of the story were remarkably consistent throughout development process, while some have changed quite dramatically. The two main characters – Finn, the sorcerer’s apprentice, and Erline, his magical cat – were there almost from the beginning. We always knew they were on a quest to reach the Slumbering Palace at the heart of the Faerie Realm. However, WHY they were on this quest, and WHO was trying to stop them kept shifting. Here’s a look…

A lot of the details of the story grew organically out of gameplay. The team would have a cool idea for an enemy or a puzzle or an encounter and I’d weave the rest of the narrative around it. For example, the civilization of the bogeys (an early-game enemy) is crude and brutal because that’s how they behave when they attack. And a lot of the mythology of the Faerie Forest had its roots in the boss battle you fight there. We wanted the player to feel like there was a tight link between the story and the gameplay. Everything you do and see in Sorcery ties into the world or narrative in some larger way. As development progressed, the story became more streamlined. Finn’s backstory – where he came from, how he became an apprentice – was pared down because it was getting in the way of kicking off the action. There was a whole sub-plot about a guild of fame-hungry rival sorcerers that just got dropped. And, as other elements fell away, Finn and Erline’s relationship moved to center stage. At its heart, Sorcery is a road movie. You’ve got these two mismatched characters who’ve been thrown together on a quest to save the world and they’ve got to learn how to get along.

Stay tuned for more on Sorcery as we move towards our May 22, 2012 release.