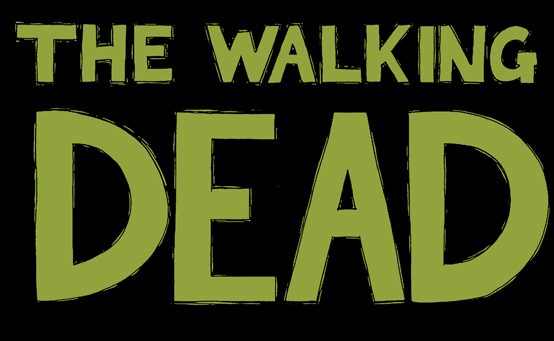 I’m Jake from Telltale Games and I’m clawing my way onto PlayStation.Blog to bring you up to speed with our latest game series. While some of our previous games like Back to the Future: The Game have been pretty light-hearted, we couldn’t have gone darker than our next project, a five part episodic series based on Robert Kirkman’s Eisner award-winning comic book series, The Walking Dead.

First, the good news: The first episode of The Walking Dead, ‘A New Day,’ will arrive on PSN this Tuesday, April 24th. Each episode will cost $4.99 on the PlayStation Store, and you’ll be able to pre-purchase the entire five-episode season for $19.99 to save $4.99 off of the total season price and nab an exclusive PS3 premium theme (head to the bottom of the post for more details).

Not only is The Walking Dead game darker and more violent than anything the studio has done before, but it also provides a very different gameplay experience compared to our previous games. One major way that the game differs from previous Telltale offerings is that your decisions, through action and dialog that you choose, will have huge repercussions on how you experience the story of the game, but more on that later.

Chances are that you’ve either read the original The Walking Dead comic books (if you haven’t, what are you waiting for?!) or you’ve seen the TV show. One thing you should know from the start is that our game series is based strictly on the world seen in the comics; in fact, the story seen in our game is officially canon to the comic books. That means you’ll find out more about characters and locations seen in the comic book and have a better understanding of their lives at the outset of the zombie apocalypse. Fans of Glenn (seen in the picture above) will get to know his backstory before he heads to Atlanta. And, for a certain character in particular (one who goes on to have a huge impact on Rick Grimes’ life) you’ll get an understanding of what drove them to become the person you’ll see in the comics.

However, rather than retelling the story of Deputy Sheriff Rick Grimes, the game tells the story of a new character – Lee Everett – who exists in the same world and roughly the same geographical location as Rick. In terms of comic book timeline, our story begins when Rick is still in a coma. The decision to tell a new story was made by Telltale and Robert Kirkman, creator of The Walking Dead. We felt that re-telling Rick’s story didn’t make much sense because most people will know what would come next. Beyond that, it wouldn’t make sense to create a new story for Rick because we’d be off into new territory, making stuff up that really has nothing to do with The Walking Dead. A new story, with a new lead character, means that we’re free to create new and exciting scenarios and that we can add to the backstory of characters and locations seen in the comics.

You’ll play as Lee Everett (holding the axe in the image above), who has been sentenced to life in prison for killing a man who was “romantically” involved with his wife. Whether Lee killed in cold blood or perhaps in self-defense is something we’ll let you decide.

If you’ve never played a game from Telltale before, you should know that we don’t make open-world shooters; that’s not our thing. While we love and admire games like that, we come from an adventure game background where storytelling and sympathetic characters are the most important thing. It’s for these reasons that Robert Kirkman chose us to make a game based on The Walking Dead. Robert (and Telltale) wanted to use the videogame medium to focus on the characters and the emotions of The Walking Dead universe, allowing players to experience the horror and tension of the walker-infested world. It’s a much more personal experience than many other zombie-based games have offered. Taking down a gigantic zombie horde with ridiculous firepower is not what The Walking Dead is about. In fact, we want you to be repulsed by the true horror of killing a walker. The zombies in our game are not just fleshy targets for your high-powered weapon, and you might be forced to finish someone who was a friend or a relative before they turned. On top of that, resources in our world are limited and noise attracts the wrong kind of attention, so you’ll have to get up close and use hand tools and weapons. We want people who think they’re desensitized to zombie violence to find that, in truth, they’re not.

Unlike any other previous Telltale game, The Walking Dead tailors the story based on the decisions that you make. Your decisions or actions might have an effect in the episode you’re playing or might affect the entire season. You could answer a question in a certain way and have a character become suspicious of your motives, or you could be forced to choose who to save when two people are in mortal peril but only one can be yanked back from the zombie horde. Your decisions will stay with you throughout the series, and their repercussions could mean that you and a friend have a very different game experience. Writing for a game with content that “branches” in this way certainly has its challenges. Instead of a normal linear script, we have to take into account each possible branch and how it affects the game you’ll play. It’ll be fun to backtrack when playing to see what would happen if you’d made a different decision and our save system supports that with our rewind feature.

Beyond the huge impact of choice and the tailored experience, we’re giving players full control of Lee to explore the environment and think their way through both action sequences and survival-oriented puzzle arcs that are signature to a Telltale gaming experience. Unlike Monkey Island style games, we won’t be ‘using the pie on the gerbil to open the trapdoor’ or anything remotely comedic or illogical; instead, we’ve implemented much more serious concepts that are both logical and completely in-keeping with figuring out how to survive in a zombie apocalypse.

Given that this game is episodic, players can expect a summer-long continuing story of adventure horror that will begin with our first episode ‘A New Day’, followed by four additional episodes, each landing about each month after the previous one. Each episode will cost $4.99 on the PlayStation Store – but fans can also pre-purchase the entire five episode season for $19.99 to save $4.99 off of the total season price and nab an exclusive PlayStation 3 premium theme (images below).

There’s much more to talk about, and aside from more frequent posts here on the PlayStation Blog, fans can also stay tuned to our site or our Facebook page for episodes of ‘Playing Dead,’ a web series dedicated to covering the production of The Walking Dead, with special guests including Robert Kirkman and the writer of episode four, Gary Whitta (whom you might recognize as the screenwriter of post-apocalyptic story The Book of Eli).

Working with Robert, Gary and everyone involved has been awesome, and as a fan, it’s completely unreal to work on hugely collaborative projects like this.

We can’t wait for you to play the game and we aim to bring you news and updates all summer long. Look for me here again, or with any luck… maybe on an upcoming Official PlayStation Blogcast! If you have any questions or comments – feel free to fire away in the section below.