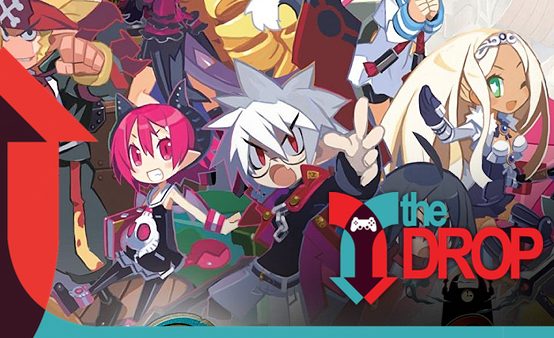 Dropping this week in the form of a full PS3 digital download is Dead Rising 2: Off The Record, which sees Willamette survivor and photojournalist Frank West take center stage as players experience a very different interpretation of events in this re-imagining of the Fortune City outbreak. Enjoy this week’s The Drop.

Disgaea 3: Absence of Detention (Also on PSN) — Disgaea 3 is a sequel to Disgaea, a hardcore, turn-based strategy RPG. The game follows the exploits of Mao, the most honored student at Evil Academy, a school where the tardiest, laziest, and rudest demons receive the highest marks. The son of the school chairman, Mao has never once attended class nor opened a textbook. He longs to overthrow his father and assume the title of Overlord, which he decides he must become a hero to achieve. Join him on his zany adventure filled with witty dialogue, exciting events, and thrilling strategy battles.

NHL 12 (Full PS3 Game) — Experience a fresh new look and feel with all new gameplay presentation, and, for the first time ever, the chance to lace up outdoors under the lights in one of the biggest hockey events of the season, the NHL Winter Classic at Pittsburgh’s Heinz field. This year will be the first to see dynamic goalies in the game; players can knock the net off and make contact with goalies, knocking them down or out of position, as they crash the crease. Watch as goalies fight through screens to make awe-inspiring saves and leave the crease to trade punches with hated rivals during fights.

StarDrone Extreme (PS Vita) — StarDrone is a perfect blend of high-speed physics and pinball action, with strategic elements of break-out and object collection. But this is no walk amongst the stars, as the Drone is always in motion in the zero gravity environment, and the more stellar matter collected, the faster it travels until it is careening across the screen at light speed. Gather enough momentum and enter into Comet Rush where the Drone is impervious to all enemies and obstacles.

This alternate storyline means an-all new Dead Rising 2 experience; with Frank facing new missions, new enemies, new combo-weapons with which to defeat them plus a brand new Fortune City attraction to explore. Complimenting the new narrative and action of Dead Rising 2: Off The Record are enhancements to elements such as the save system and the co-op experience to deliver more satisfying gameplay.

The House of the Dead 4 — Slap in a clip and prepare for an onslaught of terror in The House of the Dead 4! Set three years after the second game, the fourth game in the shoot-em-up series featuring House of the Dead 2’s protagonist James Taylor as well as new hero Kate Green, working together to battle untold horrors from beyond. In addition to the run-and-gun-down-creatures gameplay players had come to know and love, the game fully supports PlayStation Move.