ModNation Racers Road Trip: Out and About! 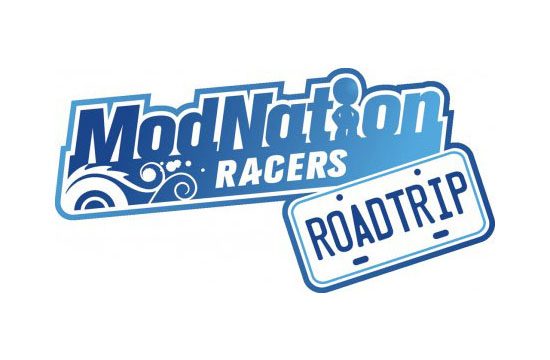 Lately I’ve been spending a great deal of time outside the studio and, I must say, the positive reception the game is receiving from those that get their hands on the game has been outstanding. From in-store demo stations to my local “corner coffee station” to my kid’s little league team each and every comment is similar to “I’ve got to get this!”

But hey, don’t just take my word for it. Below is a random screenshot* from my personal Vita’s “near” feature showing what I and many others have experienced: players are loving this game! After only a few minutes of hands–on time with ModNation Racers: Road Trip they realize just how much long-lasting fun this title has to offer. That’s all we can ask for. Give it a play or two and you’ll be sold. The game speaks for itself!

You like us and we couldn’t be happier. Thank you!

Show Us Your Creations!
Here is what we are looking for…

Top Tracks: A “RAD” Tribute
Imitation truly is the purest form of flattery, so we thought that the most appropriate way to celebrate the creativity of one of ModNation’s most celebrated and talented “Mod-jesters” was to challenge the community to design a track in the flavor of RADMANROB.

Look at what they came up with…

Hot Lap Track of the Week: Pirate Kingdom by statickey_660
(IMHO this is the definitive Pirate Themed track for ModNation Racers. Obviously a lot of planning and impeccable execution went into creating this track. Truly an epic adventure. Thank you statickey_660! )

This week we put the community up to the task of selecting this week’s “Track of the Week” and Hot Lap tracks.

Take a look and see if you agree.
Monday: Dino Crisis Coaster by statickey_660 (Another great track submitted this week from our friend statickey_660 from Japan. This man knows how to build some blockbuster tracks!)
Tuesday: Desert Garden Utopia by LLoyd2k4 (LLoyd2k4 is one of the best racers in the game so there is never a doubt you’re getting a great track from him)
Wednesday: Tenuki Midnight Showdown by ath_racing (atheistsw’s new name and as expected, same great tracks)
Thursday: Blizzard Beach Resort by statickey_660 (this could well be the first week ever with three tracks from one creator in Hot Lap. All three are well deserved IMHO)
Friday: Ice Carnival by anaximperator (Last minute votes put this track into the rotation. Congrats!)
Saturday: Pirate Kingdom by statickey_660
Sunday: St. Philipsburgh Thaw by atheistsw (This track was a very close second in the Hot Lap voting this week. Any other week it would have won. Great track!)

Have a great week everyone,
Mark