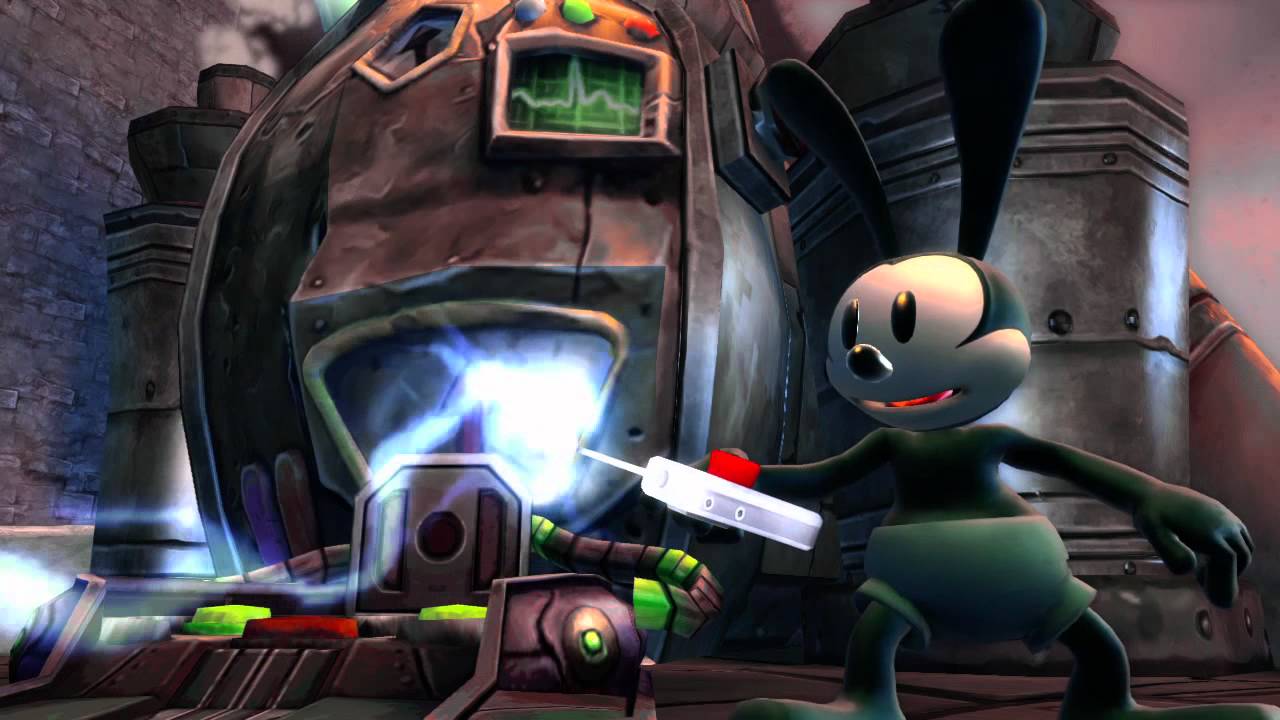 When Epic Mickey launched in 2010, PS3 owners could be forgiven for feeling a wee bit left out. The game was an ambitious, passionate love letter to decades of rich Disney history, casting a newly assertive Mickey Mouse in a bittersweet tale set against a backdrop of decaying Disney lore.

But sometimes patience pays off. Epic Mickey 2: The Power of Two is coming to PS3 this fall with extensive support for PlayStation Move, vastly improved HD graphics, and a host of much-requested improvements. I spoke with Creative Director Warren Spector to learn more about Epic Mickey 2, his work on the Deus Ex series, and his early thoughts on PS Vita. For more, listen to our full conversation on the latest episode of Official PlayStation Blogcast. Unsurprisingly, PlayStation Move motion controls will serve as a key focus for Epic Mickey 2, though specifics remain scarce for the moment. “When we originally conceptualized the game,” Spector explained, “we wanted to give Mickey control of the stuff he’s made of — paint and ink. And when you starting talking about that, your hands start moving around like you’re holding a paint brush…gestural control is something we had to to do. And PlayStation Move is perfect for that.” Not to worry: The game will also support the DualShock controller, if that’s your bag.

Epic Mickey 2 is set to make many key advancements over its predecessor, starting with a big overhaul of the original game’s much-maligned camera system. Spector makes no bones about the camera complaints, explaining that Epic Mickey 2 is the culmination of more than 1000 changes and tweaks, resulting in a game that will never require its players to touch the manual camera controls (unless they want to). The game also addresses another common request in the form of splitscreen cooperative multiplayer, which will enable two local players to control both Mickey Mouse and Oswald the Lucky Rabbit as they journey through an earthquake-ravaged Cartoon Wasteland. While Mickey sticks with his tried-and-true magic paintbrush and thinner, Oswald wields a remote control to zap enemies and command animatronic foes. “Things that are easy for Mickey are hard for Oswald,” Spector explained. “Working together, they can do things that neither one can do alone.” The co-op play is drop-in and drop-out, with the computer will jump in to control Oswald if a partner isn’t available.

And, in a surprising twist, Epic Mickey 2’s story will be told as a full-blown musical. “Epic Mickey 2 is the first musical comedy game in the history of videogames,” Spector gushed. “We’re honoring 80 years of Disney creativity, how could we not have songs in the game?” Spector also confirmed that the game would feature voice-over work for all its characters, addressing another major fan request from the first game.

Read on to learn more about co-op play in Epic Mickey 2, Spector’s favorite PS Vita games, and ruminations on his work with Deus Ex — including his thoughts on the Square Enix Montreal-produced Deus Ex: Human Revolution. PSB: How will Epic Mickey 2 leverage PS3’s more powerful hardware to build on its predecessor?
WS: I couldn’t be prouder of the team who worked on the first game; they pushed the limits of what that hardware could do. Our goal is to do the same with PS3. The PS3 is an incredibly powerful piece of hardware…we want to take advantage of its horsepower, so the visual effects will be over the top, the polygon counts higher, the animations smoother. PSB: What do you think of PS Vita so far?
WS: The screen is amazing, it makes me wish I hadn’t just bought a plasma TV because now I want an OLED TV at home! It looks stunning, it’s like having a PS3 I can take with me. The dual analog sticks feel perfect…it’s a pretty swell little device.

PSB: What Vita games are you playing right now?
WS: I immediately picked up three games: Touch My Katamari, F1 2011 because I love racing games, and Rayman Origins. I hate to say it, but I can’t stop playing Rayman. It’s such a wonderful game and it looks incredible.

PSB: You were a key creator of Deus Ex, but now you work with Disney Interactive. Do you ever have a desire to return to a darker world of “sunglasses and trenchcoats”?
WS: Never say never. That’s a good question…I don’t know that I want to make a game that’s quite as serious as that anymore. I think I’m in a more lighthearted place these days, though I have plenty of ideas for epic fantasy games that I might do someday. Before I signed on with Disney, I was working on a project with film director John Woo, a modern-day ninja game with parkour movement and some intense action. I wouldn’t mind going back to that idea…but having worked at Disney for the last five years, a lot of my thoughts are about, “how would I Disney-fy that concept?”

I don’t know that I’ll go back to hardcore, serious games with guys who talk like this and carry two guns and wear sunglasses at night. I don’t know if I’ll do that again. It’s about where you are in life. At that time, I was really burned out on fantasy and sci-fi. I wanted to do a real-world role-playing game, and I was obsessed with conspiracy theories. I started working on Deus Ex in the mid-90s, when we were approaching the year 2000 when the world was supposed to end. And I thought, what if every conspiracy theory was actually true? It was just where my head was at, and now my head is in a different place. I’m a changeable guy though. Maybe next week my head will be in the a different place! PSB: Did you play Deus Ex: Human Revolution? What did you think of it?
WS: I’ve been scrupulous in not publicly talking about Deus Ex: Human Revolution, actually, so I’m going to be a little circumspect. I’ll tell you more than I’ve told anybody else, though. I played it, and I finished it, and I thought it was really Deus Ex-y. They made a few design decisions that were different than I would have made, and I found that fascinating. Someone should write a master’s thesis or dissertation about that some day, about different approaches to the same source material in terms of game systems and gameplay. There’s an interesting story there, but that will be for another time.

I’ll tell you that I finished two games last year, and Deus Ex: Human Revolution was one of them, so let’s leave it at that.