Closure Q&A: In a Black-and-White World, Shades of Grey 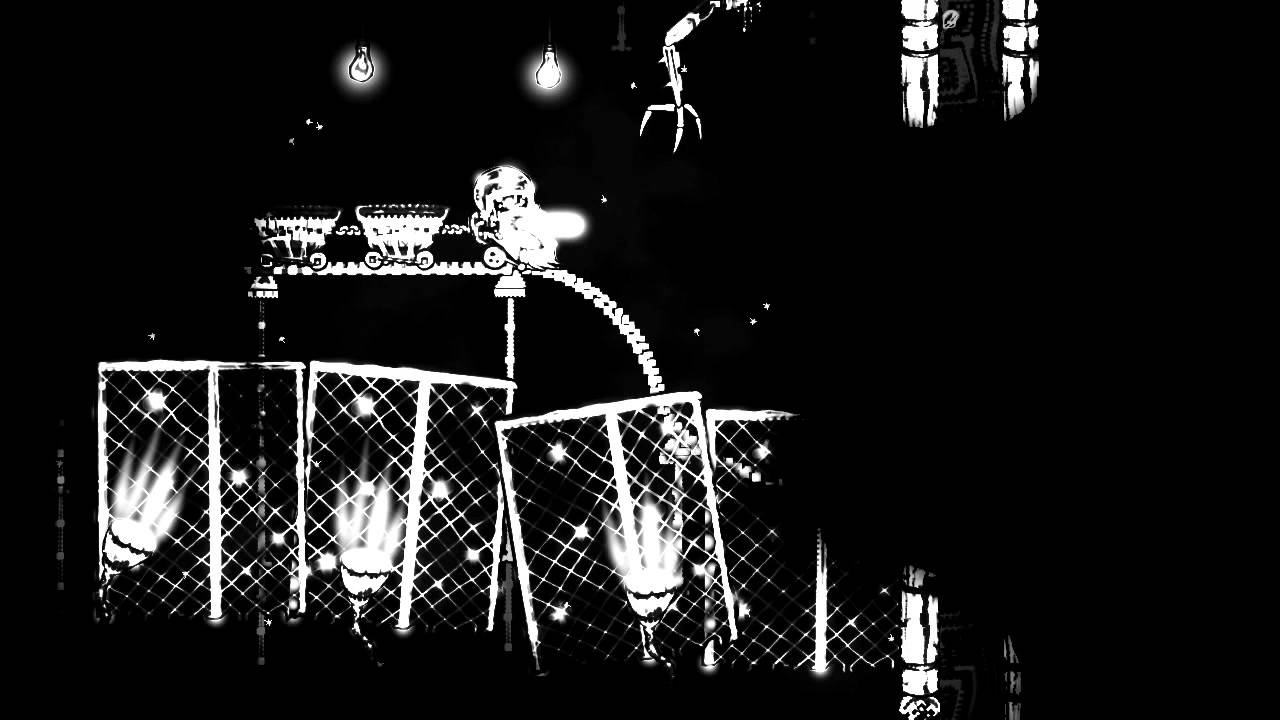 Journey’s much-celebrated launch on PSN this week served as a powerful reminder of the importance of fresh perspectives and bold risk-taking in video game design. But it also begged the question “what’s next?” Enter Closure, the grand-prize winner of the DICE 2012 Indie Game Challenge and the climactic final release in this year’s Spring Fever PSN showcase.

Much like its starkly rendered characters, Closure stands out in an indie game development field dominated by esoteric art styles and quirky gameplay choices. The game merges elements both old and new, fusing puzzle-based platforming with a light-and-dark twist. If you want to learn more about Closure’s gameplay (and why you’ll want to collect as many Silver Moths as possible), read Jeff’s in-depth hands-on report.

During Game Developers Conference last week, I spoke with the lead designer of Closure, Tyler Glaiel, to learn more about the game’s influences, level design, and characters.

Sid Shuman, PlayStation.Blog: Another game that used stark monochromatic visuals to huge effect was Limbo. How is Closure different?
Tyler Glaiel, Lead Designer and Programmer, Closure: I’ve played Limbo for a grand total of about two minutes, years ago at the Independent Games Festival (LINK: http://www.igf.com/), That was on purpose because I didn’t want any influence from Limbo in this game. Limbo is mostly silhouettes, black characters on a brighter greyish noisy background. Closure’s characters are white on a black background, so it’s very high contrast. The graphics are crisp, there’s no blur or noise on top of it. We’ve got a completely distinct visual flavor from Limbo, despite the similar color palette.

PSB: Light and dark is more than an aesthetic in Closure, it’s the core gameplay mechanic. How does it work?
TG: If you can’t see something in the game, it doesn’t exist: you can jump through walls and fall through floors, or push boxes through walls, and a lot of other interesting twists. There are a lot of commonly seen game mechanics that suddenly gain new meaning when interpreted in Closure. Even a locked door here is different because in most games you’d pick up a key and walk over to the door to unlock it. In Closure, you might have to drop the key through floors and walls to get it to the door.

PSB: Where did the idea for Closure come from?
TG: Portal and Braid were my main influences. They’re completely different games, but they follow a similar formula: the developers found one interesting core mechanic and built as many puzzles as they could around it. You don’t want to strip away everything else, but as a designer I wanted to make sure we were heavily focused on our core mechanic: the lighting. We did everything we could to add to that.

PSB: You begin the game by controlling a demonic-looking character — what’s that about?
TG: There’s more than one protagonist. The game begins in this mysterious world made out of “nothingness” that we internally refer to as Purgatory. The opening level is simple so that players can learn the basics of the gameplay, and at the end of the level, the demon character puts on a mask and transforms into a human. Closure ultimately splits into three distinct stories, each with its own story following a different human character and featuring different gameplay mechanics. PSB: How do the three main level sets differ from one another?
TG: All the levels are eerie, but they all have their own distinct flavor of eerie, and the mechanics and level design philosophy is quite different for each level set. The Factory level set feels very mechanical, with a lot of push-button puzzles, physics, and distinct binary choices….The Forest has a lot of organic-looking levels that don’t feel like they belong in a puzzle game. You have to almost abuse the game mechanics to find your way through, positioning lights to create platforms that allow you to move forward. The puzzles in The Forest are a little less cut-and-dried, there’s more freedom. Then there’s the Carnival, the weirdest set of levels. It has its own distinct feeling that’s tough to describe, and it’s heavy on attitude and atmosphere…and a lot of Easter eggs to uncover.

PSB: Does Closure have a story? How deep does it go?
TG: The story isn’t something I can really explain. You have to play through their level set and explore the levels to find hints and clues as to their story. It’s very open to interpretation.

PSB: What do you hope players take away from Closure when they finish it?
TG: I’m just hoping they enjoy it as a puzzle game. I played a lot of Portal and Braid during development and tried to figure out what I didn’t like, what they could have done better. My problem with Portal was that after it teaches you all the mechanics, it sort of just ends. That’s not the case with Closure, we have a large number of extremely challenging puzzles towards the end of the game…though they’re all pretty fair!

With Closure, I’m hoping people see how puzzle games can be: really challenging, replayable, and fun while at the same time being artistic and interesting to explore.