A Close-Up on ARMORED CORE V Customization and Bosses 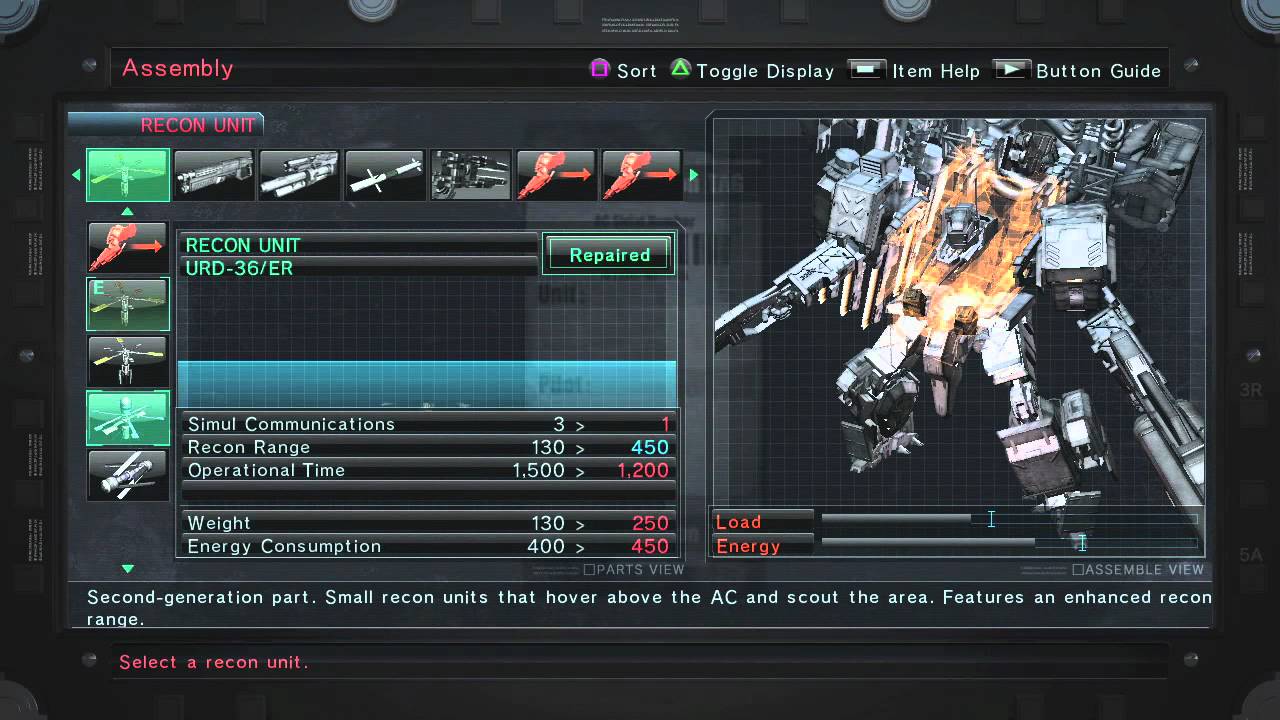 Hello again, friends. Last time we hit you here on the blog with sneak peek at some Armored Core V multiplayer action caught on video. Today we’re coming back at you with more, and a deeper look at the customization, weapons, bosses, and AC insanity that you’ll be finding yourself in the middle of come March 20th.

Between the kinetic energy, the chemical energy, and the thermal energy, there’s a massive arsenal worth of firepower that you’ll be able to choose from when building your ultimate machine of destruction in the game. As we’ve said before, the team at FromSoftware has been a leader in the genre with this franchise for nearly fifteen years, and with Armored Core V, and they mean business.

Each AC you build is highly unlikely to be identical to any others you come across online since customization is key. Brand new for this game are the recon units that players are going to be able to lay out all over the map to survey the land and take out your enemies. What’s also cool are the emblems and detailing customization aspects that let you trick out your AC like no other. You can get crazy with it, and crazy you’ll need to be when taking down some of these new bosses.

Check out the video and watch out towards the end with some of the first glimpses at the MASSIVE bosses that you’ll find yourself not wanting to take down alone. The Armored Core V world is huge, and going it alone will not be recommended. Check back for more updates and start thinking about exactly how you’ll want to customize your own AC come March 20th. As we like to say around the office… COME HEAVY OR NOT AT ALL! See you online!