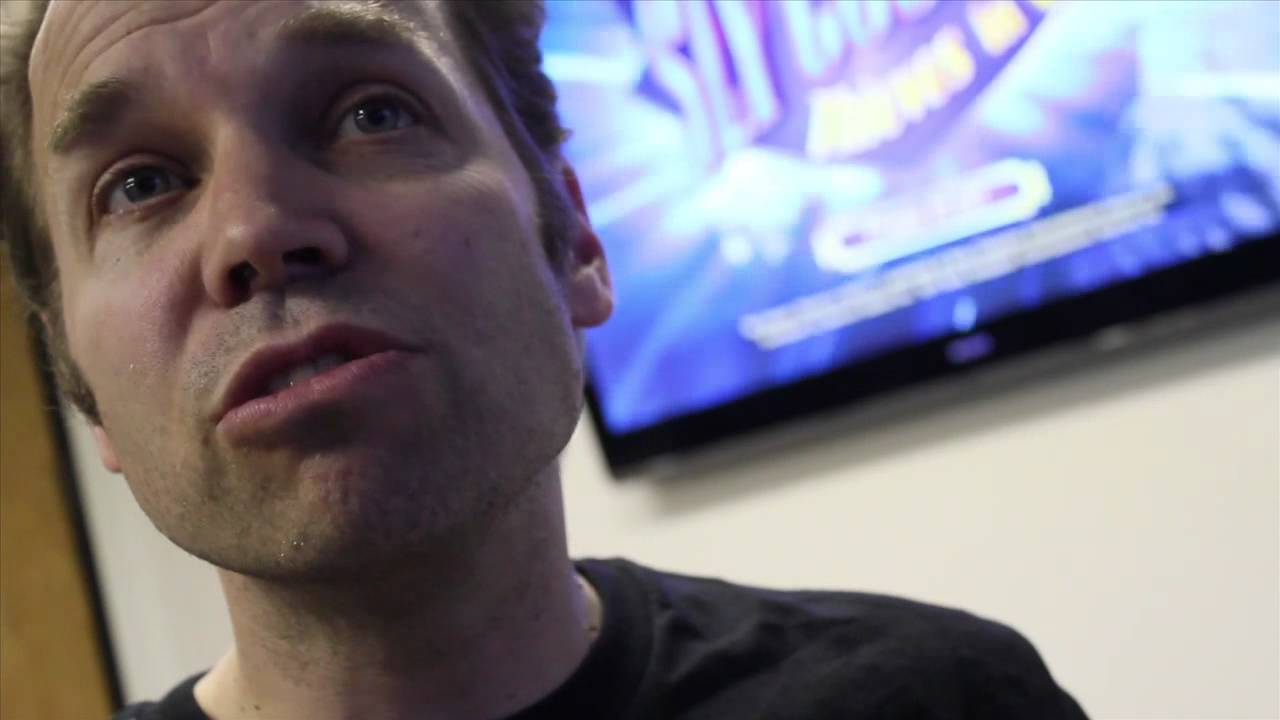 Earlier this week, Rey and I visited Foster City-based Sanzaru Games, the developers of this fall’s Sly Cooper: Thieves in Time. As the first original PS3 entry in the classic PS2 thieving series, and the first to be developed outside of Sucker Punch Studios, Thieves in Time represents a long-awaited return to form as well as a natural entry point for series newcomers.

Where Sly 2 and Sly 3 let you slip into the roles of Sly’s partners in crime, Thieves in Time expands upon that concept by granting you control of Sly’s infamous ancestors — the Cooper Clan members named in the hallowed pages of the Thievius Racoonus. In one chapter set in ancient Japan, I played as Rioichi, Sly’s sushi-slinging ninja ancestor. Slinking past sleeping guards while searching for a special set of sushi knives, I used Rioichi’s Leaping Dragon ability to soar through laser fences and other high-tech traps designed to derail the Cooper Clan’s devious destiny. Other playable ancestors, including the medieval knight Sir Galleth Cooper, promise to bring more specialized skills to Sly’s moveset. In our chat, Sanzaru President Glen Egan was careful to point out that the playable characters are designed to expand upon Sly’s stealthy skillset, not subtract from it.

Thieves in Time further advances the series’ sneaky formula through collectible Costumes that grant Sly new powers. The Archer costume fires an arrow-tipped tightrope that bridges the gap to otherwise inaccessible new locations. Costumes will also come in handy if you set out to find all the hidden Clue Bottles and myriad collectible items scattered throughout the game’s sprawling levels. Like Sly 2 and Sly 3, Thieves in Time’s open-world design gives you the freedom to splinter off on side quests or re-explore old areas. Sanzaru has even added a handy Compass that points out your next goal — a thoughtful addition, especially given the sheer size and increased verticality of the new environments.

As always, Sly is more agile than other would-be platformer heroes. Rather than line up each jump perfectly, you can leap into the air and tap Circle to land on a platform auto-magically. Though I badly bungled my first platform jumping exercise, within minutes I was zipping through a withering series of jumps at top speed — an exhilarating, empowering feeling, especially if you’ve ever felt victimized by ponderous platform-jumping segments in other games.

Have questions about Thieves in Time? Leave them in the comments and I’ll leave responses over the weekend.