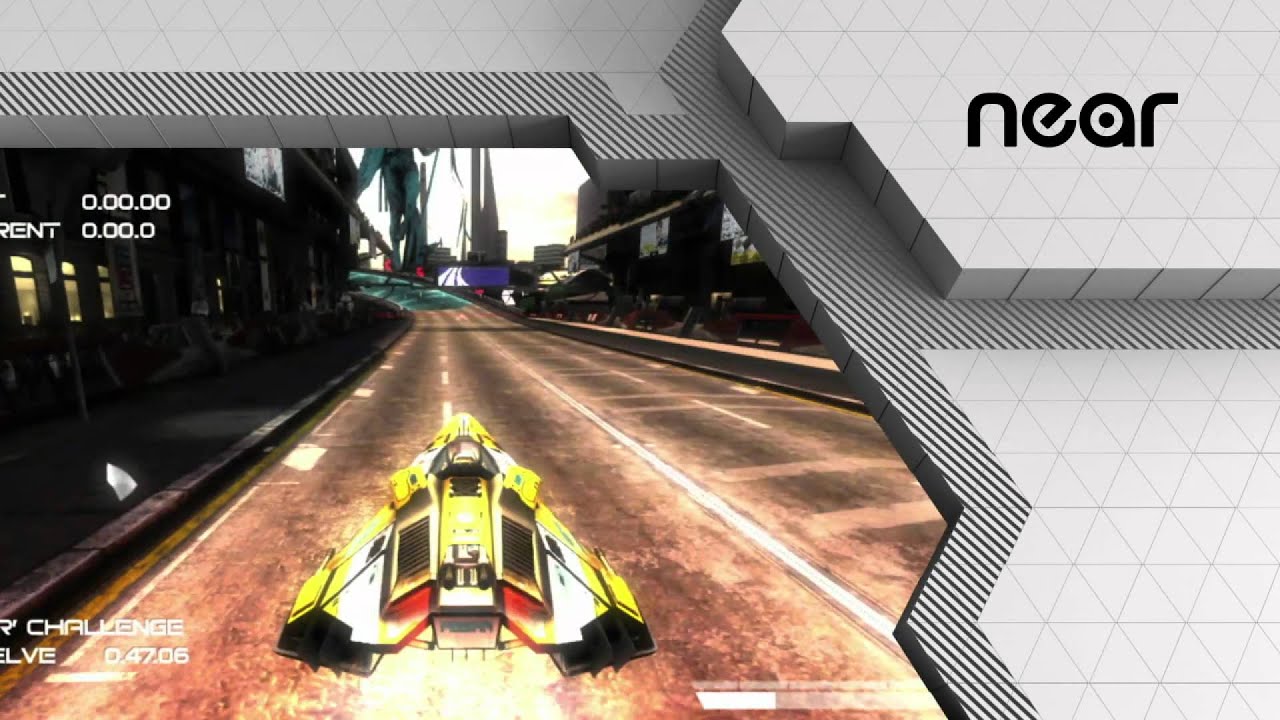 WipEout 2048 on PS Vita takes us 36 years into the future, offering a glimpse at the birth of anti-grav racing — a fictional sport that has become synonymous with PlayStation. Take a look at our new trailer and pay close attention at the start for an impression of what two WipEout ships squaring up on the streets of modern Britain might look like.

In keeping with the theme, here are a few words from Mick Hocking, Vice President for Liverpool, Evolution and London studios, on where he thinks gaming will be in 2048. Mick is largely responsible for the creation and development of such series as WipEout, MotorStorm and SingStar, and is well placed discuss where we have been and, crucially, where we are heading.

At gamescom you appeared as part of a panel looking at the shape of gaming in 2021. The latest WipEout game is set in 2048; what will gaming be like then?
Mick Hocking: Well the pace of change is already so fast. Just look at the advances from PSP to PS Vita. In just seven years we have added touch screens, cross play, next-gen graphics, dual analogue sticks. I mean seriously; that’s pretty incredible.

At gamescom I talked about the potential of mixing stereoscopic 3D with augmented reality. I can see a point where home headsets will become a real possibility. They’ll be lightweight, with high resolution screens and tracking sensors too. Possibly even these headsets’ screens will be transparent, so players can see the real world as well as augmented reality stereoscopic 3D at the same time. So you can have a fully immersive experience, a partially immersive one, or an augmented reality experience with this one device.

And what about portable gaming?
Mick Hocking: Well if we stick with the headset idea, I see no reason why once such technology became established in the home, it couldn’t be modified for portable use. I was playing Heavy Rain recently and thought that the AR technology that Norman Jayden uses to solve cases could be amazing if applied to gaming. Everyone who has played that game remembers the scene when he gets given that pokey office and uses the AR glasses to completely modify the way he sees the world around him. One minute he’s underwater, the next he’s on the surface of Mars, then he’s above the clouds in a stunning mountain vista. Imagine if, by wearing a set of similar glasses, or even some kind of contact lens you could completely transform wherever you are – on the bus, in the park, wherever – into a completely immersive and interactive game world.

What will 2048 bring in terms of software rather than hardware? What types of games will we be experiencing on the portable consoles of the future?
Mick Hocking: Well, I really hope that we’ll still be making WipEout games!

What I do think you’ll see are games that increasingly blur the lines between the gaming and real-world environments. PS Vita is already doing this in a few ways. The front and rear cameras are used to put game objects in a real world setting on-screen, Reality Fighters is a launch title that really shows off this capability. Also the “near” functionality allows you to collect virtual items by passing by real-world locations where PS Vita users are, or have been. Fast-forward 30 years and think back to the AR- style technology we discussed and imagine the possibilities. Even when not actively playing a game you could look around you and spot gaming items, characters, perhaps even entire ‘levels’ to interact with.

I see it this way: Thirty years ago when the only real handhelds were the Game & Watch kind, the kind of power and gaming experience that PS Vita is offering would have seemed impossible. In the future, technology is going to allow game designers to create experiences that are limited only by our imaginations.