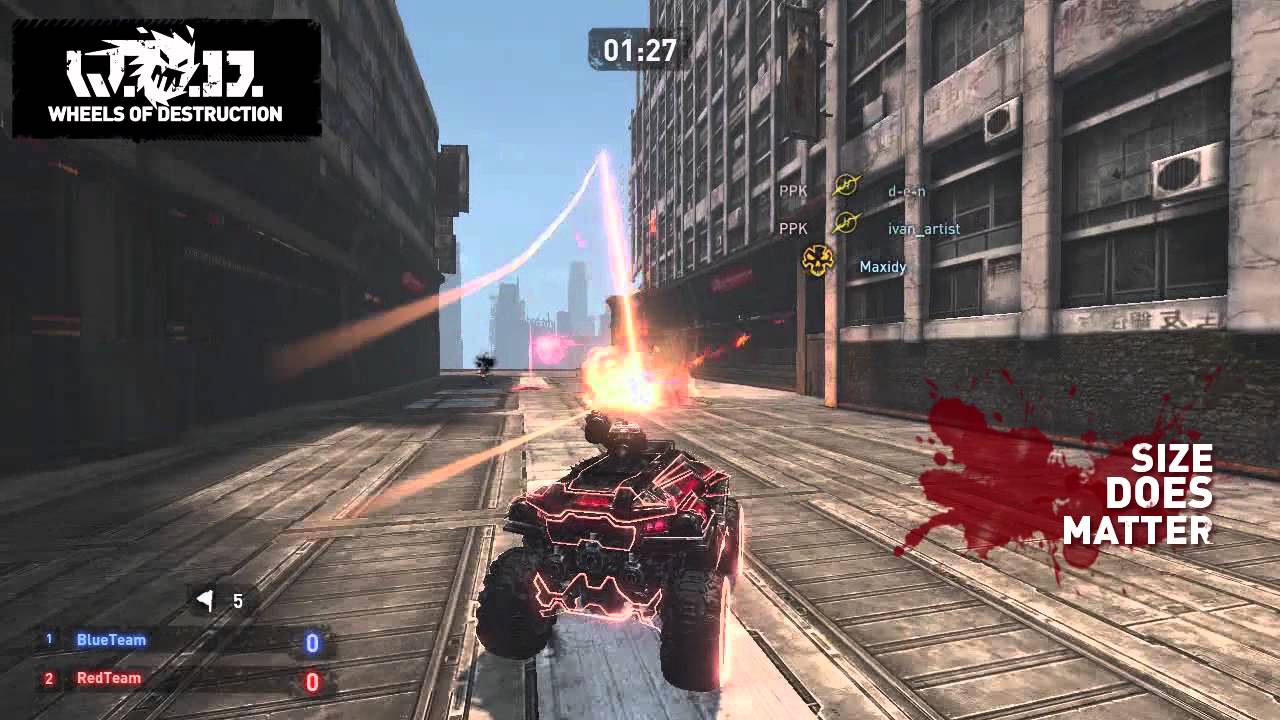 Team warfare has been an element of great multiplayer games for a long time. But as soon as we introduced team multiplayer combat to Wheels of Destruction, we realized that players want to feel like an individual, a dynamic asset on the battlefield, which led us to creating a tried-and-true class-based system. With Wheels of Destruction, our five distinct vehicle classes cater to different multiplayer strategies. You can see the Heavy class in action in our new video below.

Earlier in the development cycle, considered expanding this concept further still with unique characters. However, that idea ended up on the cutting-room floor for several reasons. When presented with too many choices, players tend to fall into an “analysis paralysis” worse than prom night. Too much time spent “mini-maxing” skill trees can take the player out of what we want to be a fast-paced experience.

When you’re playing a single-player game, it’s natural to want to make your character your own. But with Wheels of Destruction we’re interested in creating a visceral online game with solid matchmaking based on raw skill. You boot the game, choose your class and game mode, and in no time you’ll be in the middle of a vehicular battle royale. To support this tempo, you need to be able to make quick choices.

This mindset of on-the-fly decision making led us to another conclusion altogether. Much like the multiplayer shooters we all know so well, players will be able to change their class on the fly like a weapon loadout — a key feature, as the battlefields in Wheels of Destruction are constantly evolving with different needs.

Our class-based system also enables players to experiment and never become too embedded in any one play style, as each car boasts different stats in areas such as speed, rate of fire, and armor. There’s also a separate vehicle class that sets itself apart with exclusive tactical functionality — we’ll be announcing more details on that soon.

Watch the new trailer to see how our Heavy vehicle class bullies his opponents on the battlefield, or catch our with our previous video showing off the nimble Scout class.