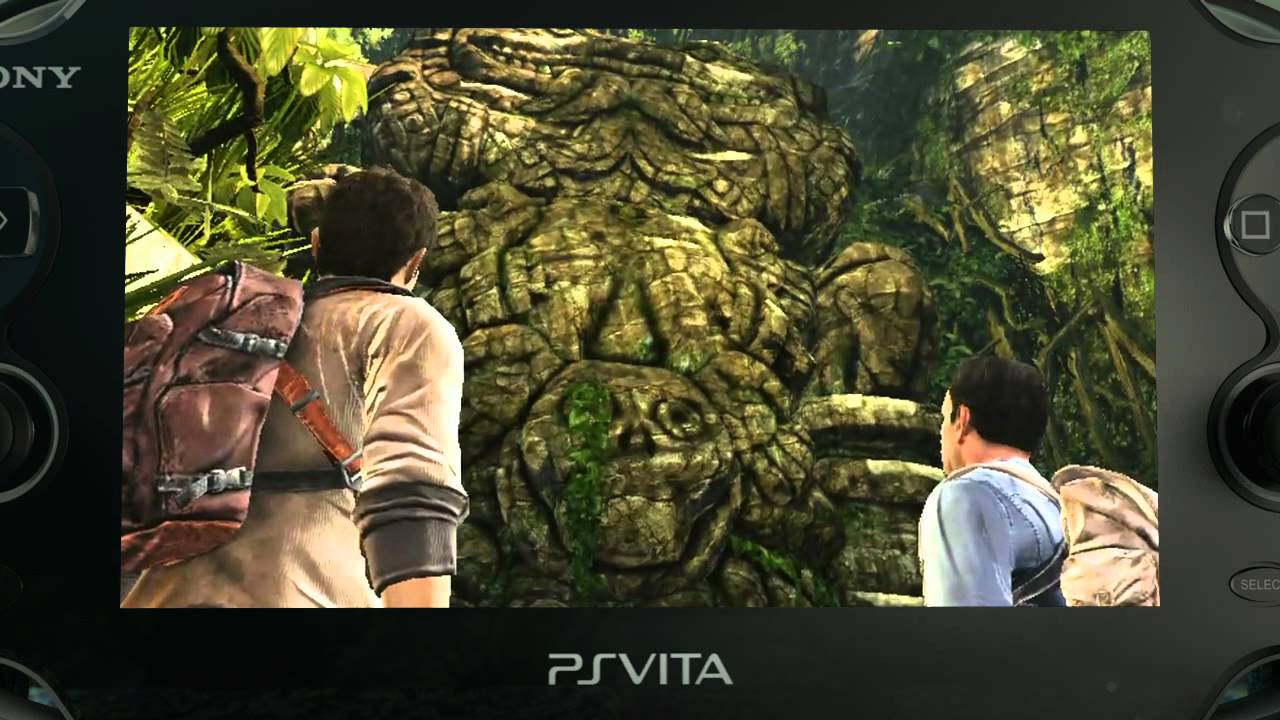 As we get closer to the launch of PS Vita and UNCHARTED: Golden Abyss, the team at Bend Studios is getting amped! We’ve been working on this game for a long, long time, from early brainstorming sessions on the PS Vita beginning in 2008, through the production phase that wrapped up at the end of 2011. When given the opportunity to create a launch title for PlayStation’s new next-gen handheld, we jumped at the chance. When asked what game we’d like to make, we said UNCHARTED! Here’s why.

From the beginning, our goal was to create a great UNCHARTED game. We wanted to give players, including ourselves, more of what they love, but with the PS Vita’s unique spin. The cinematic experience, the gunplay and weapons, the compelling story and characters, the mystery and treasure hunting based on real history, the puzzles, the platforming, and of course, the colorful and detailed imagery… it’s all there. But it’s on a gorgeous five-inch screen that you can take with you.

If you’ve been following all the pre-release news, then you know that UNCHARTED: Golden Abyss also has a ton of collectibles — more than 300, in fact. We wanted to not only give the game some replayability with some additional exploration, but also to tell more backstory, which we do through the items you collect, locations you photograph, and other puzzles you solve. All of these are tied to Trophies that can be earned. We didn’t forget the gamer who prefers gunplay, either: one of the collectible types in UNCHARTED: Golden Abyss are the Bounties. These drop randomly from fallen enemies throughout the game and represent things that might have been found in the area you’re fighting in: old Spanish playing cards, gold and silver coins, and so forth. Many of these items are scarce, and some are really rare. You’re not going to collect all these on a single playthrough! But we’re not cruel. To make it a little easier to collect all the Bounties, we created The Black Market. This is a near application that allows you select a Bounty type from your collection and send a request out to the Black Market. If any other PS Vita players out there (in the area where you made the request) have a Bounty that you’re missing, the Black Market will send you a copy of their Bounty, even the rarest collectibles. We even created a sixth Bounty type that you can obtain only through near: if you send a request to the Black Market and no one has what you need, the Black Market will send you a carved Fetish for you troubles. While the five bounties are tied to Trophies, the Fetishes are not… so you don’t have to use near to achieve Platinum. But for those of you who want to try a little Black Market trading, take your PS Vita with you!

PS Vita’s launch is right around the corner. We can’t wait!