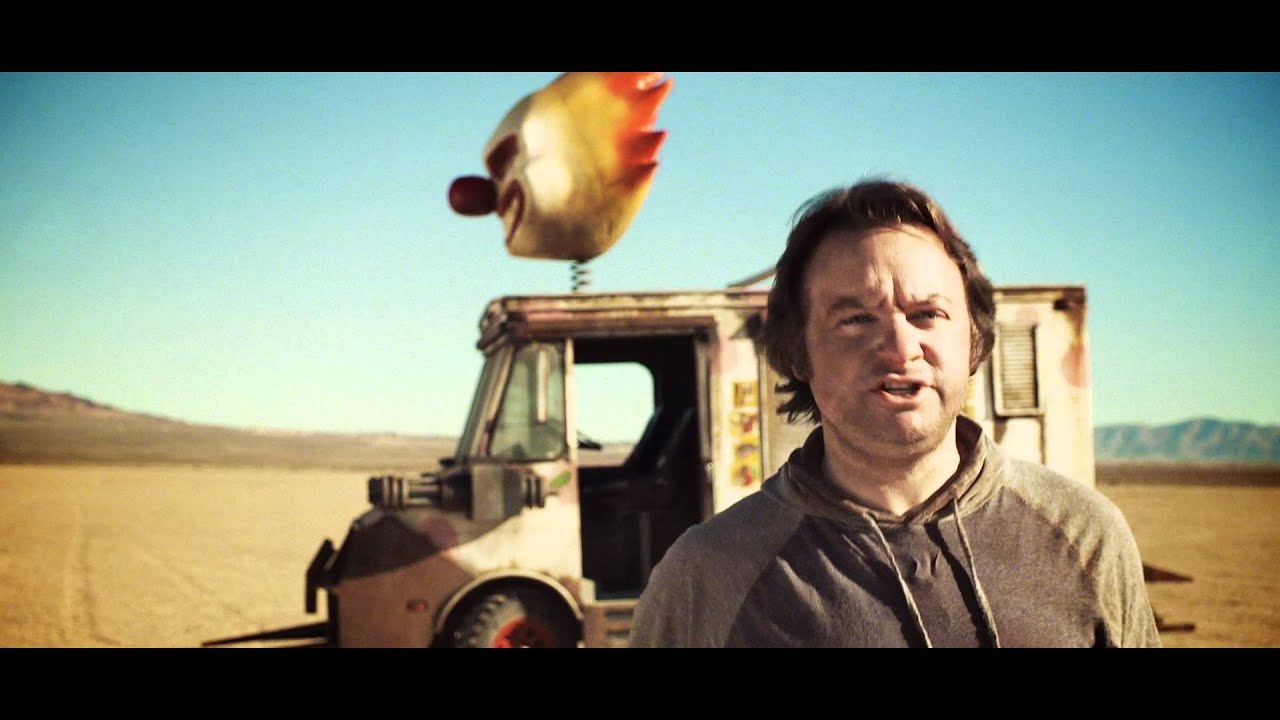 As you know, the epic return of Twisted Metal is less than a week away and we’re going launch it with a bang … literally. Ever since the announcement at E3 2010, we’ve been fighting over who gets to keep the real Sweet Tooth truck, and we had an idea … let’s shoot at it till it blows up! So that’s exactly what we’re gonna do.

We happened to get our hands on a couple M249-SAWs (for the layman: fully automatic machine guns) and enough ammo and explosives to wipe out a small nation. Put those things together and we’re gonna make the truck go boom (for the layman: we’re blowing Sweet Tooth’s ice cream truck off the face off the earth). But here’s the kicker: it’s not gonna be us who are shooting it. It’s gonna be you! That’s right, we’ve hooked these guns up to a satellite so you can control them remotely from your computer. Yes, you read that correctly. You can shoot a real gun with real bullets at a real truck from your computer, in a crazy, two-day, shoot-till-the-truck-goes-up-in-a-gigantic-ball-of-flames-style internet spectacular. It’s all happening at shootmytruck.com via live stream.

So go to shootmytruck.com right now to sign up for a chance to shoot. I can’t think of a better way to spend Valentine’s Day than shooting up a truck from your computer and then going out and buying Twisted Metal. Get your trigger fingers ready, America. It’s shooting time.