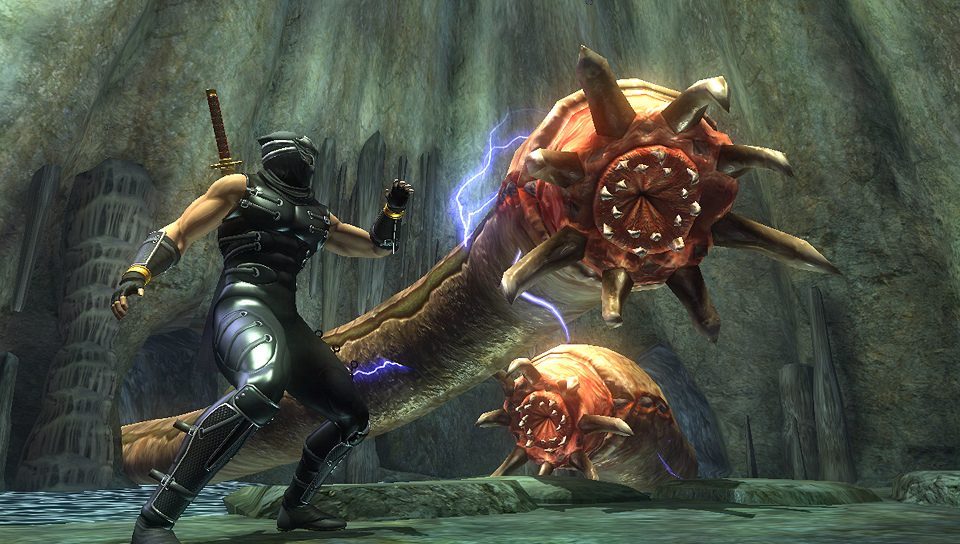 If you’re a fan of ninja games, PS Vita won’t leave you wanting – or waiting. The system’s upcoming launch will be supported by two ninja-centric titles: Shinobido 2 and Ninja Gaiden Sigma Plus, and I spent some time with the latter this weekend. NGS+ is an updated version of an early PS3 title, which itself was an enhanced version of an original Xbox game that debuted back in 2004. Despite some control choices which have clearly evolved over the past 8 years, the source material holds up pretty well in 2012.

Playing through the first few levels of the NGS+, memories from nearly a decade ago came flooding back to me: the placement of treasures, decapitating enemies with a single charged slash (hold down the triangle button to, um, execute), and the difficulty. The Ninja Gaiden series resides firmly in the “tough, but fair” challenge department. When you die – and you will – it’s usually not due to AI cheapness, but rather a mistimed block or a delayed dodge. That doesn’t mean the game can’t get frustrating, but when you prevail, the frustration melts into delicious satisfaction. For those having trouble, NGS+ adds Hero Mode, which helps automates some blocking and dodging to help you along. There’s no shame in it.

Ninja Gaiden was one of the best looking games around when it first debuted, and NGS+ still looks nice on PS Vita. While it doesn’t approach an Uncharted Golden Abyss level visually, it’s better looking on Vita’s OLED than an 8 year old game ought to look.

Tecmo’s Team Ninja has added a number of features to take advantage of the new Vita hardware, such as six axis arrow shooting and touchscreen prompts to enhance your Ninpo magic attacks. I had trouble adjusting to the new controls in first-person view, but fortunately, they’re optional.

The most significant addition to NGS+ is the new Ninja Challenge mode, a series of snack-sized trials can be completed in just a couple of minutes – geared toward gamers on the go. Each of these 76 missions provides a straightforward goal, such as clearing a certain amount of enemies, taking on a boss character, or engaging in a weapon-specific objective. This is also where you can use use alternate character Rachel, and try out new costumes and weapons that you might not have earned yet in the story mode.

Ninja Gaiden Sigma arrived on PS3 before the advent of PSN Trophies, so NGS+ is the first to incorporate the addictive baubles. I took a look at the Trophy list, and most of the rewards involve killing lots of dudes with each weapon, or by mastering techniques such as the powerful Izuna drop.

I can confirm that Ninja Gaiden Sigma Plus is no longer a “launch window” title – it’ll be ready for launch day. If you’re picking up a PS Vita on February 22nd, or are looking for a primer for the upcoming Ninja Gaiden 3, you should give Ryu Hayabusa’s first modern adventure a look.