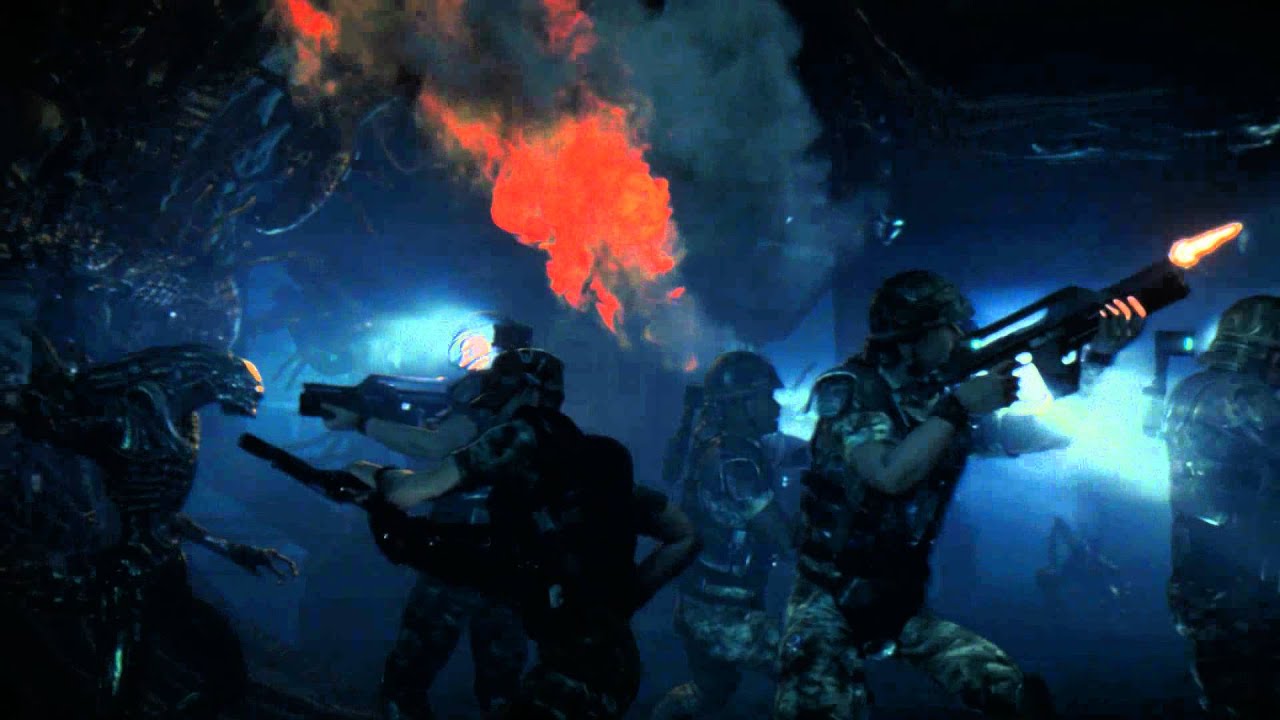 The Alien films have always held enormous power over me, occupying the same sphere of significance that Star Wars and The Lord of the Rings do for many others. So it’s been with great interest and no small amount of hope that I’ve watched the development saga of Aliens: Colonial Marines. This Gearbox Software-developed first-person shooter promises to pick up where James Cameron’s 1986 classic Aliens left off — an irresistible premise for any diehard fan of the series. A recent trailer (watch it below) presented a convincing succession of sound and images, yet carried the sadface news of a new fall 2012 release date. What’s an impatient Alien fan to do?

Well, I went to Randy Pitchford to get some answers. The gregarious CEO of Gearbox Software was all too happy to share new insights into the studio’s plans for Aliens: Colonial Marines, including multiplayer concepts, the control scheme, play style…and, perhaps most tantalizing, what he knows about the upcoming Ridley Scott-directed origin tale Prometheus.

Alien fans: Something tells me that 2012 is going to be a mighty fine year.

PlayStation.Blog: Aliens: Colonial Marines was recently confirmed to be a fall 2012 title. How will the game’s new fall 2012 release date benefit the final product?

Randy Pitchford, CEO, Gearbox Software: Aliens: Colonial Marines has been a dream project – a labor of love. We’re fully committed to our vision for the game. Creating deadlines is helpful to the process, but we do regret where it creates expectations that cause us to choose between changing expectations or compromising the vision.

PSB: Are you excited to see Prometheus? Will any of the Space Jockey lore hinted at in the film make it into Aliens: Colonial Marines?

RP: I’m very excited about Prometheus. 20th Century Fox invited us to read the script and check out production and ACM’s director, Brian Martel, had a discussion with Ridley Scott about the matter years and years ago, so it’s been a really interesting seat for us on this one. A bunch of our guys went out to read the script a while back. I chose to decline because I didn’t want the spoilers — I can’t wait to see the final film! Ridley is such a master storyteller and filmmaker and I’m thrilled that he’s spending some more time in science fiction. Oh, and I haven’t dodged your real question. Yes, ACM will bring you inside The Derelict on LV-426. I don’t want to spoil anything, so I’ll leave it at that!

PSB: Would you describe the FPS feel as grittier and more realistic, or focused on arcadier accessibility?

RP: I would say that the player’s experience for Aliens: Colonial Marines will tend closer to the gritty realism side. I say that because sometimes the gameplay footage we use for marketing will tend to focus more on the action — which is definitely in there — but you can’t really feel difficulty and challenge as well when you’re trying to promote and market the game using promotional footage. PSB: How are you approaching the control scheme? Does the game feature aim down the sight and a two-weapon limit? Are there any equipment slots or ways to customize your character?

RP: Looking down the sights properly is a big deal. Gearbox is really proud of its heritage in the evolution of down-the-sights views having really pushed that feature forward in the first Brothers in Arms game. Since then, every shooter we’ve created has featured direct down the sights views with ballistic weapons — including Borderlands. There are still some things we’re bouncing around between with respect to how we’re managing weapon slots and equipment with ACM, so I’ll reserve making a commitment on that right now.

Peer review and testing with customers is really important to us in the tuning process. If any of your readers are in Dallas, TX and want to be part of our user testing program, they should check out our website for more information. PSB: Displaying the aliens themselves is a tricky balance between showing too much and showing too little. What’s your philosophy when it comes to showing them in the game?

RP: It’s been fun for us to dream up the presentations, but we’re not approaching it like no one knows what a xenomorph looks like. We do have some awesome new variants to reveal for the first time, so we try to get value out of those moments for the experience when you’re playing the game.

PSB: Finally, how important is the multiplayer experience to Aliens: Colonial Marines? Can you give us any hint as to the way it will play?

RP: Multiplayer is a big deal for us. It’s getting a huge amount of attention. I think we’ll be looking for some opportunities very soon to get some people outside of our studios, including some journalists, to have a chance to preview the multiplayer game and play a bit of it. We’re really looking forward to testing it against other eyes and getting some feedback from that, so it shouldn’t be too long before we make that happen.