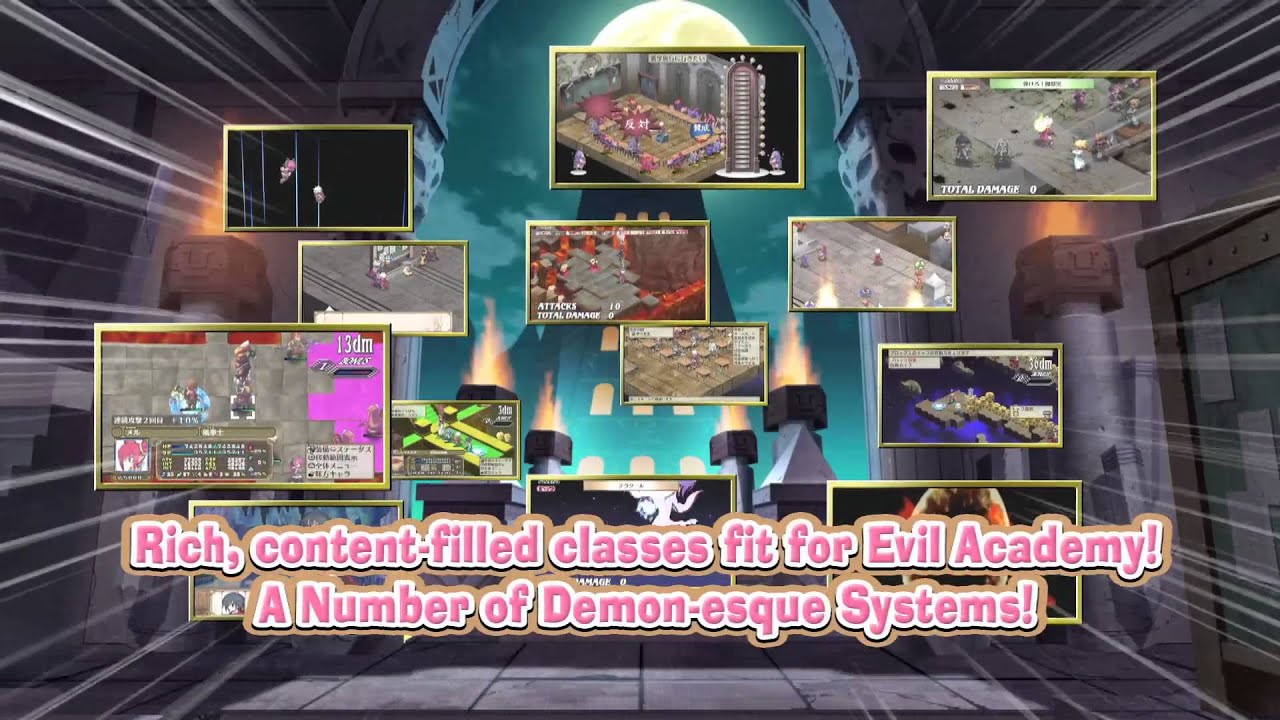 Hello everyone! Today, I would like to share our brand new trailer for Disgaea 3: Absence of Detention for the PlayStation Vita system. Disgaea 3 for the PS Vita will be released in April. We are really excited about Disgaea 3 coming out on the PS Vita over here. Yes, it is a port of the PlayStation 3 version, but it will be equipped with new character stories, new systems, new attack levels, new bosses, and will include all the DLC that was released for the PS3 version, all on one card. So even if you have already played Disgaea 3 on the PS3 system, you’ll have something new to experience with this PS Vita version!

Of course, there will be some PS Vita specific systems integrated into the game, as well. For example, there is a system called “Honor Quotient,” which uses the GPS to track how far you’ve traveled while playing the game. The more you travel, the higher your Honor Quotient will rise (you’ll be able to increase your Honor Quotient by winning battles, increasing your total play time, and by other means as well). With a high Honor Quotient, you will be able to gain more experience points, Mana points, get discounts at item shops, etc. So, don’t forget to take your PS Vita with you wherever you go! Also, with the rear touch panel, you can view the map from any angle. It sometimes gets really crowded and busy on the map, but with this camera angle control, you’ll be able to see your map much easier. Let’s talk about the new characters for Disgaea 3: Absence of Detention. You’ll be introduced to two new characters, Rutile and Stella. Rutile is half-Nekomata, half-human. She was raised in the Human World, so she doesn’t really know much about the Netherworld. She enters Evil Academy as a transfer student. The other character is Stella, who is the student body president and daughter of the dean of the rival school, Death Institute, Majin Academy. She is a snobby rich girl, but she also loves playing tricks on others. She loves elegance, and believes that everything she does is “elegant.” …We’ll see about that!

Thank you for taking the time to read my post today! Have a great day!