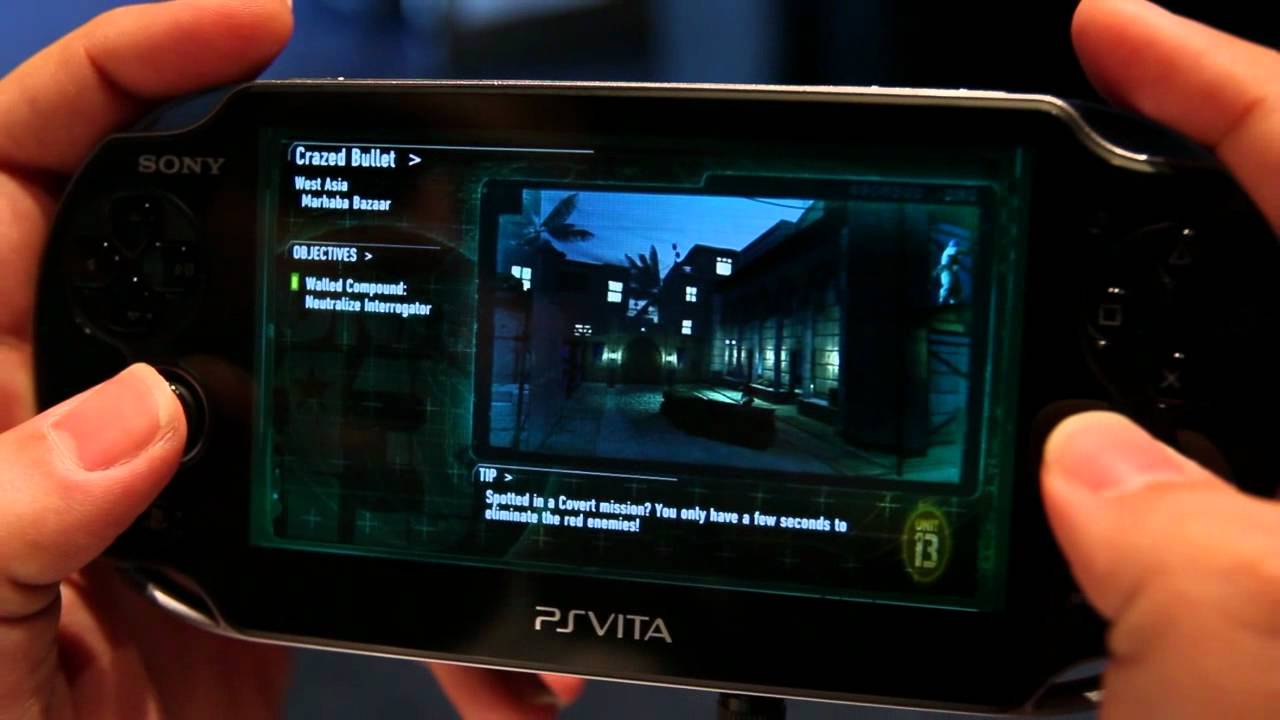 We are at CES this week showing off the latest, near-final build of Unit 13 and we have something special in store for the PlayStation.Blog community.

First, in case you missed the announcement from the PS Vita CES keynote yesterday afternoon, Unit 13 is scheduled for release on Tuesday, March 6th. We are quite excited to bring this new title to PS Vita. Thanks to the excellent dual analogs sticks on the Vita, Unit 13 represents the first full shooter experience on a portable gaming device. But don’t take our word for it: the press have been playing it and really like what they see. Check out the recent coverage from Kotaku, Destructoid, and IGN.

We also have, as another PlayStation.Blog exclusive, the first view of the North American box front! For those not keeping up on Unit 13, there are four different mission types. Direct Action missions are larger, multiple objective missions that reward tactical play. Deadline missions are medium-sized missions where players have to race against the clock; they reward speed over tactics. Elite missions are small- to medium-sized missions with no health regen or check points. Elite missions reward taking as little damage as possible. Finally, the Covert missions are stealth missions where you need to get in and out without the enemy knowing you were there. It rewards players for remaining unseen and you get a bonus for leaving enemies alive. However, if you are discovered, you can still recover if you take out the alerted enemies fast enough. Each different game type has different scoring rules and each one makes the best use of the six different operatives and their equipment.

With 36 missions playable in single player or co-op, along with dynamic versions of those missions; plus nine HVT missions to unlock and share via near; six different operatives; 10 levels per operative that unlock new abilities, weapons and equipment; plus the daily challenge missions and leaderboards for all 36 single player and co-op missions, I predict that Unit 13 will keep you busy for a very long time.