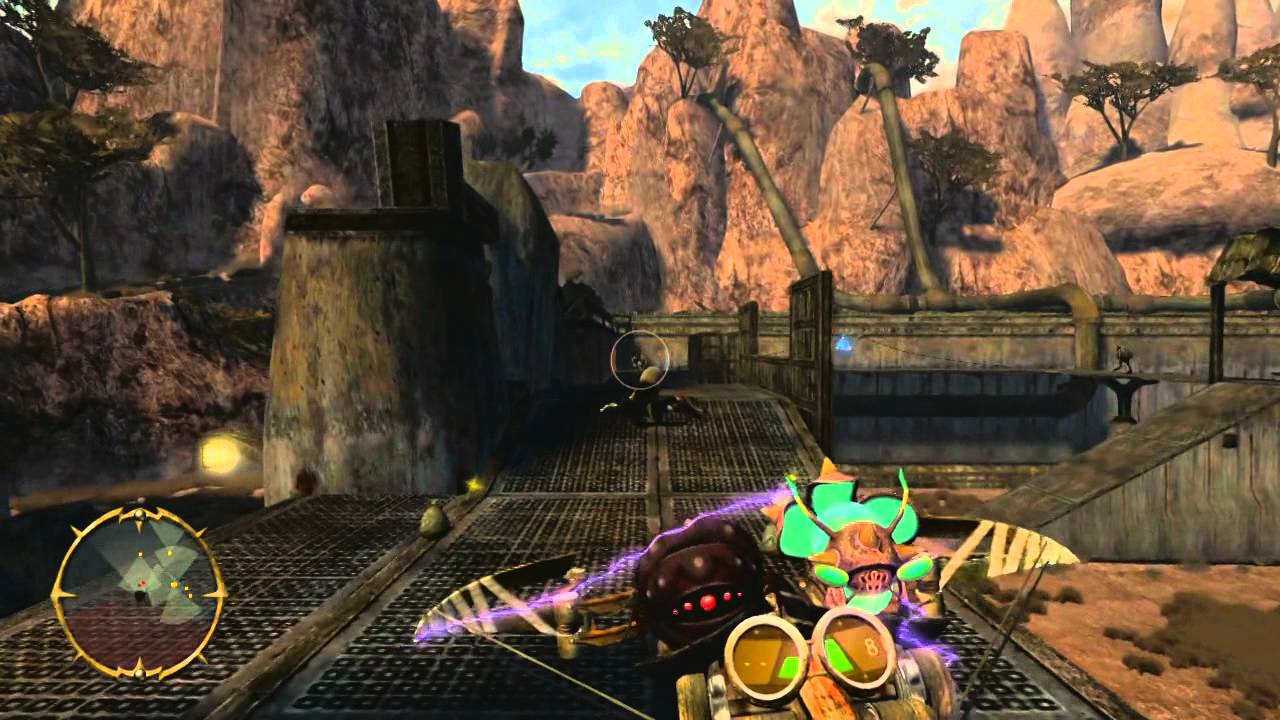 In case you missed it over the long holiday break, we released Oddworld: Stranger’s Wrath HD on PSN on December 27th! Additionally, I wanted to thank PlayStation players for their endless support over the past year or so since we announced it. We hope you enjoy it!

If you haven’t played Stranger’s Wrath yet, the launch trailer does a good job showing off the game’s key features: 60 frames-per-second action in both first-person and third-person perspectives, all set within the unique universe of Oddworld. For those that don’t know what Stranger’s Wrath HD is all about, let me tell you a story…

Tall, dark, and passive-aggressive, a Stranger is lured out of routine bounty hunting by the prospect of a one time, bounty-to-end-all bounties moolah maker. He’s got a short but pricey personal shopping list and he’s finally found a way to check it off.

With moolah on his mind, our Stranger travels from town to town facing off with mentally challenged Outlaws, violently ignorant Clakkerz, and paranoid, relic-hiding native Grubbs.

Welcome to the Mongo River Valley, the iron mining capital of the continent. Upstream is Sekto Springs, the bottled water company suckling the life out of the valley. Mr Sekto has damned the river and the habitat it sustains. A collector of rare Steef heads, Sekto has put word out that he’s in the market for a Steef. These majestic beasts once roamed the Mongo River Valley in great herds, but now their scarcity makes each one an extravagant prize. High atop the springs at Sekto Springs Dam, the slimy prima donna waits impatiently for the Steef bounty to be delivered.

Armed with his trusty double-barrel crossbow and a pack full of Live Ammo, Stranger is ready to deliver said bounty when a humbling incident with the local outlaws serves as a severe reminder of what it means not only to hunt, but also to be hunted. The prospect of being filleted brings many changes to an inhabitant.

Changes that even modern Vykker science cannot duplicate! Not one to pose as garnish, he makes it up to Sekto Springs all right, but Sekto and his Wolvarks get their Steef served up with a frothy can of whoop ass, prepared by our beloved hombre-sin-nombre. Yes folks, Oddworld just got Stranger.

As we announced previously, we will be releasing an update to the game in February that will add stereoscopic 3D support and a bunch of other features. Additionally, we thought we’d take this chance to ask if there’s anything you’d like to see addressed in the update, or if you had any comments you wanted to share.

In the meantime, I hope you all have a great 2012! We hope to see you down the road.