Jurassic Park Returns to Isla Nublar This Tuesday on PSN 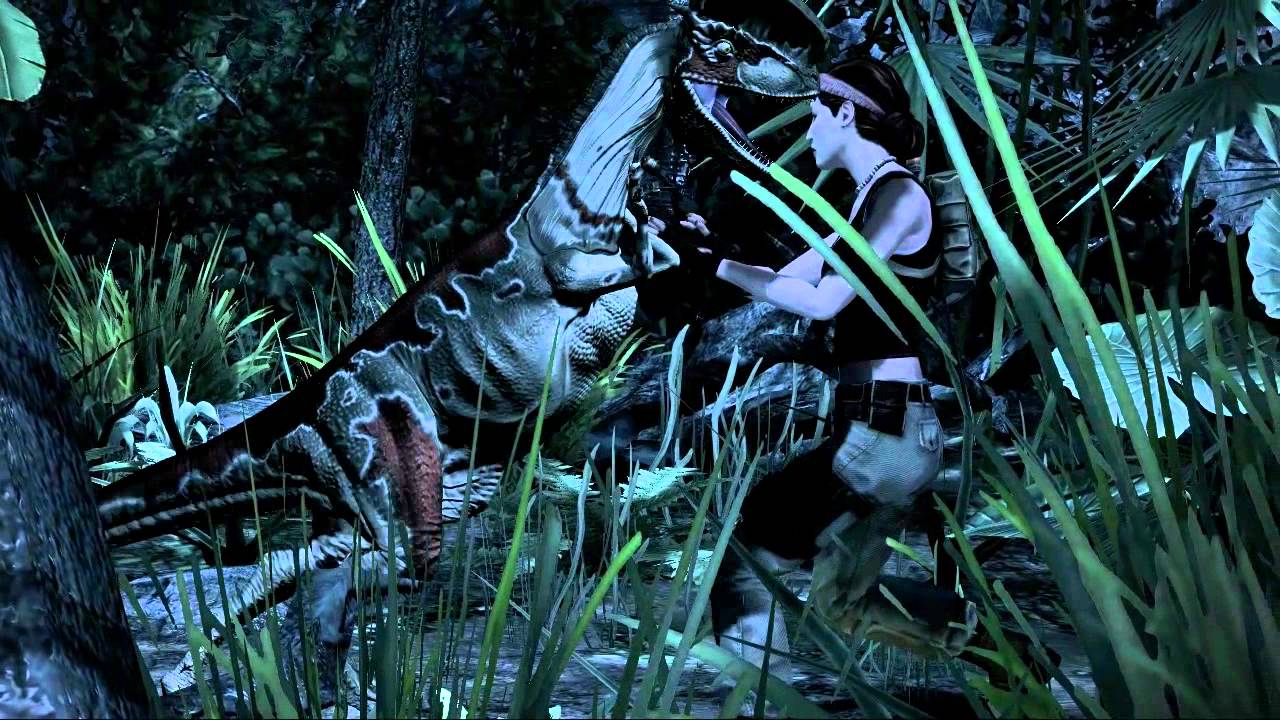 Hey PlayStation fans! Unless you’ve been under a rock for the last 65 million years, then you probably already know that we’ve been hard at work crafting Jurassic Park: The Game. But did you realize that it’s only a matter of days until you can find yourself back on the Isla Nublar?

On November 15th, you’ll be able to download all four episodes of Jurassic Park: The Game from PlayStation Network. That is, if you have what it takes to go face to giant toothy face with a massive T-Rex! We’ve created a game like nothing you’ve ever played before. Jurassic Park is about dinosaurs, but as fans of the movie know, it’s also about much more than that. It’s about the people that encounter the dinosaurs and how their lives change because of it. It’s about nature and what happens when we don’t respect it.

The story runs parallel to the movie and follows park veterinarian, Gerry Harding and his Daughter, as they get left behind on the island when the storm hits. They cross paths with a mysterious woman named Nima who was hired to retrieve Dennis Nedry’s fake Barbasol can full of stolen dinosaur embryos if anything went wrong (if, for example, the guy who was supposed to deliver it was eaten by poison-spitting dinosaurs!). Can they, and the team of mercenaries sent to rescue them, survive the jungles of Isla Nublar and escape the island before being eaten by hungry dinosaurs?

There are moments of horror and moments of wonder. Our story and our game-play reflect all those important elements of the movie. It’s truly a rollercoaster ride of action and emotion told in an interactive way that only video games can accomplish!

We have worked closely with Universal Studios to create a completely authentic experience. When you hear John Williams’ familiar music reaching a triumphant crescendo behind that icon T-Rex roar, you’ll know this is the real deal! We have studied the animation techniques used in the films, consulted with the same paleontologists, and even went out of our way to capture that Spielberg feel in the way we set up our camera angles!

I’m extremely proud of all the games I have worked on here at Telltale, but this has been such a great opportunity for me to help craft something that feels truly unique. We’ve created a game that blends storytelling and gameplay interaction in a way that explores what this medium can really do. I can’t wait for you guys to get your hands on it and hope that it leaves you as excited as I am! As Sam Jackson’s character said in the movie: “Hold on to your butts!”