Just What Kind of a Party is Corpse Party? 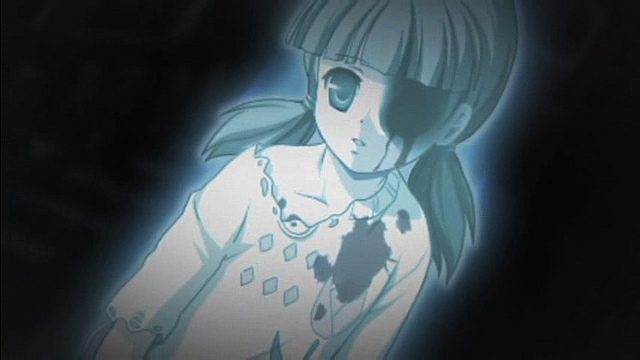 So you’ve taken an interest in Corpse Party, have you? Perhaps you were intrigued by the launch trailer, or laughed at the name when you saw it mentioned on your favorite gaming news site (or hilarious webcomic?). Perhaps you’re a fan of survival horror games, or visual novels, or point-and-click adventures… or perhaps you simply enjoy Japanese horror movies like The Ring and The Grudge, and are always looking for your next fix.

Regardless of why you’ve taken an interest or how you got to this blog, there’s one thing that most likely holds true: You have very little idea what Corpse Party actually is.

Our launch trailer focused on the most important aspects of the game – those being its unsettling atmosphere and its dark-as-night storyline – but did very little to indicate exactly how it’s played. So, let’s dig a little deeper and find out exactly what horrors await, shall we?

In the broadest terms, Corpse Party is a horror adventure game. You play as an ensemble cast of seven senior high school students, one junior high school student and one senior high school English teacher. The game’s story is split into five chapters, each of which focuses (more or less) on one particular subset of these characters as they explore a haunted, otherworldly elementary school in an attempt to find some way out without dying or losing their minds. Their efforts are thwarted at every turn not only by those responsible for this ethereal school’s existence, but also by the vengeful spirits of other students just like them who were drawn into this dimension against their will and met with unfortunate (and usually quite gruesome) ends.

Many have posited that Corpse Party plays out like a visual novel, but that’s really not the case. While some scenes (such as the unlockable “Extra Chapters”) consist purely of dialogue-driven cinematics, most of the game is fully interactive, allowing you to walk around and explore Heavenly Host Elementary as you see fit, carefully examining objects and piecing together the sordid history of the school at every turn. There’s no combat, per se, but you are often confronted by hostile paranormals or potentially fatal environmental hazards and must make decisions on where to go, how to proceed or what to say. The wrong decision will either immediately or eventually lead you down a path toward one of the game’s vast multitudes of “Wrong Ends,” or bad endings – generally long, drawn-out and meticulously detailed death scenes brought to life through a combination of 2D sprite animation, full-screen art stills, meaty, squishy sound effects and high-quality Japanese voice-acting (recorded binaurally to create the illusion of 3D sound, making headphones an absolute must!).

Occasionally, you’ll find yourself being chased by a malevolent spirit (or two, or three), and the game never makes it very easy to get away. You’ll often need the perfect blend of dexterity and innovative thinking to survive these ordeals – not just running for your life, but also trying to find some way of escaping a room that really, really doesn’t want to let you leave. In one such instance, getting caught by your pursuer means being shoved into a shallow grave and slowly buried alive as you listen to one of the game’s strongest characters suffocating and retching under endless shovelfuls of dirt, begging for his life for almost five solid minutes before the last gasp of breath escapes his mouth and the “Wrong End” music plays. Wrong, indeed!

So no, this is definitely much more than a visual novel. Though Corpse Party’s gameplay ultimately exists as a vessel for telling an intensely creepy, gory and unsettling mystery story, there’s always something new to see, some new psychotic spirit to escape or some new puzzle to solve. And with over 80 corpses of your predecessors to find, three proper endings to achieve and a whopping twenty-four “Wrong Ends” to witness (and believe me, morbid curiosity will make you want to see them all, even if they’re hard to watch!), you’ll surely be scarred for life long before you ever put this game down.

Watch for its release in the PlayStation Store this fall… and prepare to sleep with the lights on for a while (not that it’ll help!).