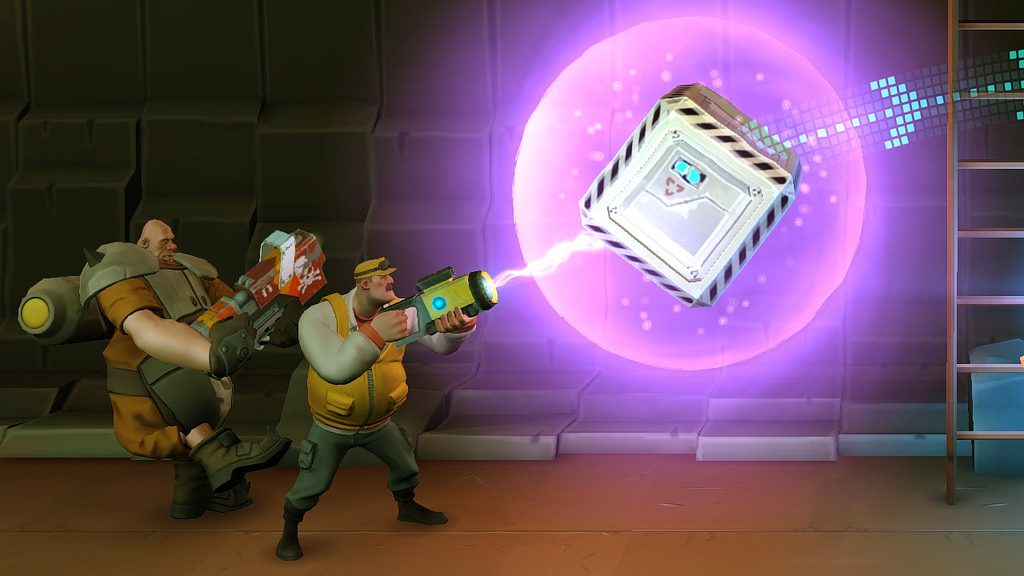 The PlayStation.Blog has showcased PSN exclusive Rochard before – we examined its gravity-based side-scrolling gameplay and Team Fortress-esque aesthetic in previous posts. But it wasn’t until the game was right in front of me at Austin’s Fantastic Fest that the premise, art style, and gameplay all came together into a coherent whole. Being able to control your character and the gravity of the entire level takes a bit of getting used to, but after a few minutes, it clicks. While Rochard is packed with clever puzzles, it’s also very much an action game. See for yourself in our new video walkthrough above, which we shot at our Fantastic Fest community meetup and where Blog readers got their hands all over a host of upcoming PSN and PS3 games.

Watching Rochard in action, I was struck by the large number of ways you could dispose of enemies and obstacles: the physics-based g-lifter, the scorching plasma gun, melee blows – even dropping a box on an unsuspecting enemy’s head (netting you a “Death From Above” Bronze Trophy).

Rochard debuts exclusively on PSN this Tuesday, September 27th for $9.99.