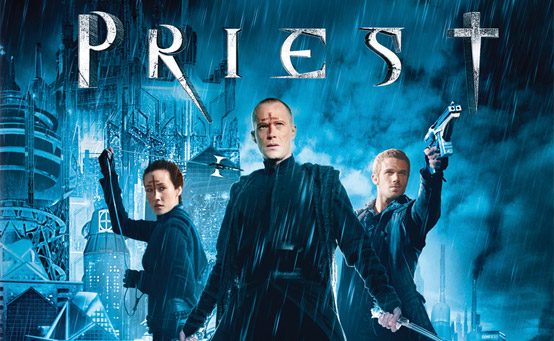 As many of you may already know, Sony Pictures Home Entertainment has partnered with SCEA to offer some incredible content from their upcoming first-party lineup of games on some of our studio’s recent Blu-ray releases. No doubt you remember the God of War III demo on District 9, and the Resistance 3 demo on Battle Los Angeles… Well, coming to retail stores today in the U.S. and Latin America (excluding Brazil) is our Priest Unrated Blu-ray (and Blu-ray 3D) with an uncut trailer of Twisted Metal on the 2D version and a 3D trailer from UNCHARTED 3: Drake’s Deception on the 3D edition.

This 3D Sci-Fi/action film stars Paul Bettany and Maggie Q and is based on the acclaimed graphic novel series. Go here to learn more about this action-and-feature-packed Blu-ray release.