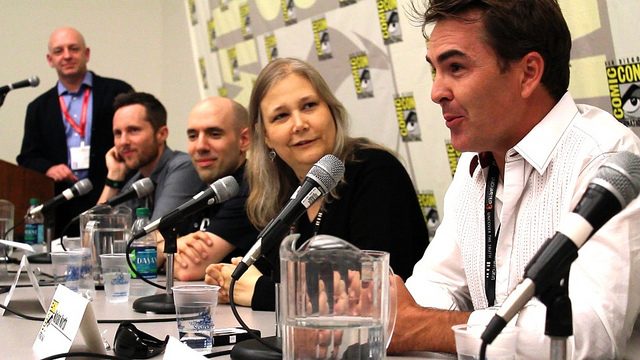 We’re back from Comic-Con International 2011 and we’ve barely survived this year’s awesome, and awesomely busy, show!

One of the our personal highlights from Comic-Con was being able to be in front of over 400 fans and talk about Uncharted 3 during our panel on Friday, July 22. Moderated by USA Today’s Mike Snider, the panel was called “Developing Interactive Entertainment: The Performance Capture Techniques of the UNCHARTED Franchise and Today’s Film Industry” and it gave Amy Hennig, Taylor Kurosaki, Josh Scherr, Nolan North, Emily Rose and Richard McGonagle the perfect setting to discuss everything that goes into creating the industry-leading cinematics in the Uncharted series. The panel also gave our fans their first look at an all-new cinematic scene, and some behind-the-scenes footage of the cast, that we prepared especially for Comic-Con.

If you weren’t able to get into the room, or weren’t able to attend Comic-Con this year, we’ve got you covered with the following highlight reel shot and edited by none other than the PlayStation.Blog team.

You can catch the video of the full panel – nearly 50 minutes long – courtesy of GameSpot.

We hope everyone had a great Comic-Con and a great weekend!